At Finovate in London tomorrow, banking and budgeting startup Moven will give people a glimpse at what its app and Web products look like as it gears up for a February 25 closed beta release.

The New York-based company, which has $2.4 million in seed funding and was until recently called Movenbank, is one of a few startups trying to transform banking and drag it into the mobile age. It is starting with the launch of a spending-awareness tool that tracks all your purchases and provides you feedback on your spending habits.

Moven’s goal is to be mobile-only. It provides users with an RFID-enabled sticker for their phones, which can then be touched against an in-store MasterCard payment console to register purchases. However, the startup also issues users with a plastic card with a magnetic strip – just like a regular credit card – for times when the tap-to-pay option isn’t available. 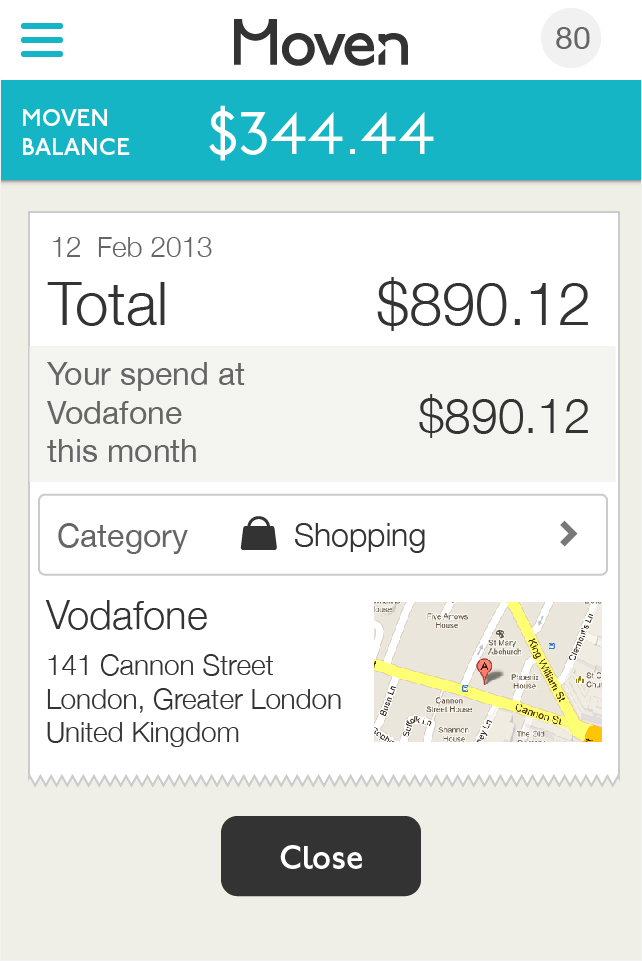 Through its iPhone app, Moven then provides reports on how users have been spending their dollars. The reports show where they spent their money, on what, and at what time. It then sorts the information into categories, grouped broadly under: Spending, Living, and Savings.

By looking at how you’re spending compared to your income, it also provides messages of encouragement such as “You’re on track!” and lets you know if you can afford to spend more in a particular week – or whether you might perhaps be better off saving. One neat part of the app is that it shows you a word cloud indicating the areas in which you are spending most of your money, such as shopping, dining out, or transport.

For a deeper dive, Moven offers two Web products – MoneyPulse and and MoneyPath – that tracks how fast you’re spending compared to how fast you typically spend on a particular day of the month and provides more detail on your spending patterns. Later in its life, Moven will introduce personal accounts with direct deposit, check deposits, the ability to pay a friend, and pay bills. 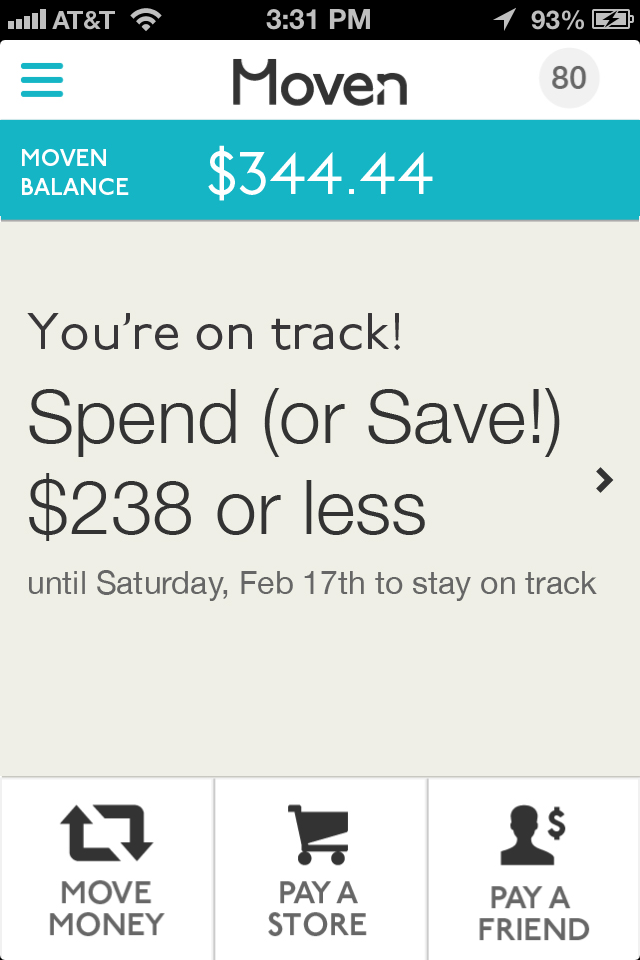 Moven, which has psychologists on staff, hopes to “nudge” people into being more responsible with their financial habits without overtly telling them how to behave. In that sense, it is part of the “quantified self” movement and similar in approach and philosophy to apps like Moves, which gathers exercise data in the background and serves up non-judgmental daily reports on your activity.

However, Moven will find itself in a tough space. For a start, being compatible only with MasterCard is a handicap from day one, and even then not everyone will like the idea of putting a big sticker on their smartphones. But it’s the operational challenges that will prove toughest. Not only must Moven change long-entrenched banking habits and lure people away from traditional giants such as Bank of America and Wells Fargo, but it must also compete with other well-funded startups, including Simple, which has a big headstart on Moven, including $13 million in venture backing from the First Round Capital, IA Ventures, SV Angel, and others. Moven will also compete with Mint, which offers a similar budgeting and personal finance tool. Meanwhile, in Europe, a new startup called Holvi is also working on a very similar product.

The good news is that all these startups will at the very least shake up financial services for the better. Banking, spending, and budgeting should eventually be mobile-first, frictionless, and much more flexible. It'll take the likes of Moven to accelerate that evolution. 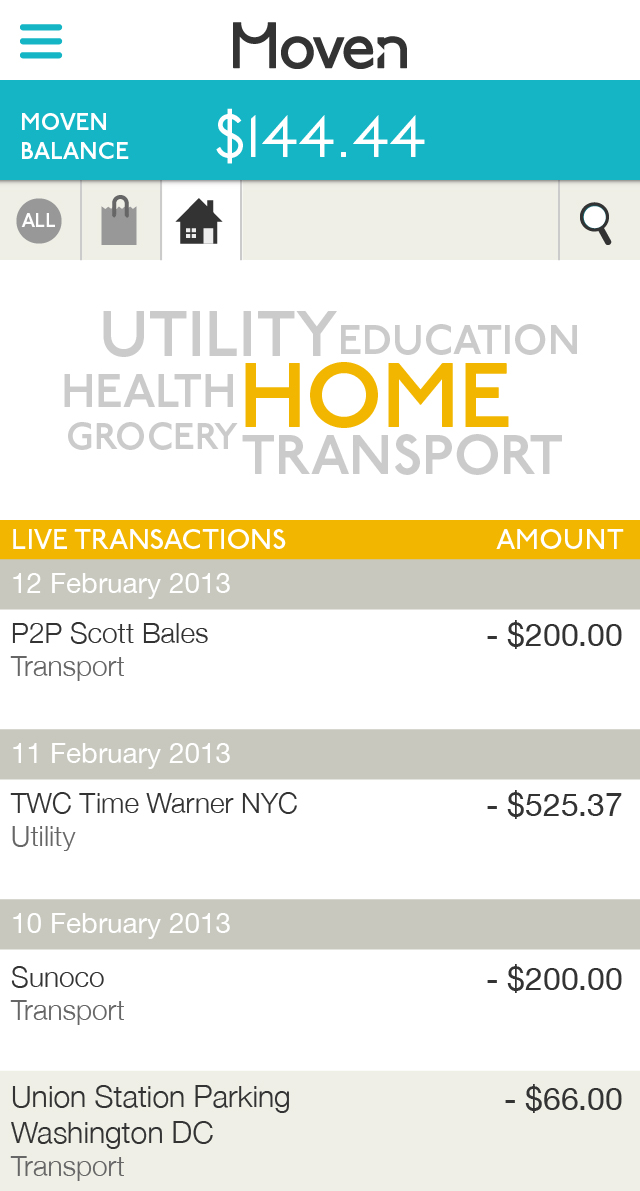 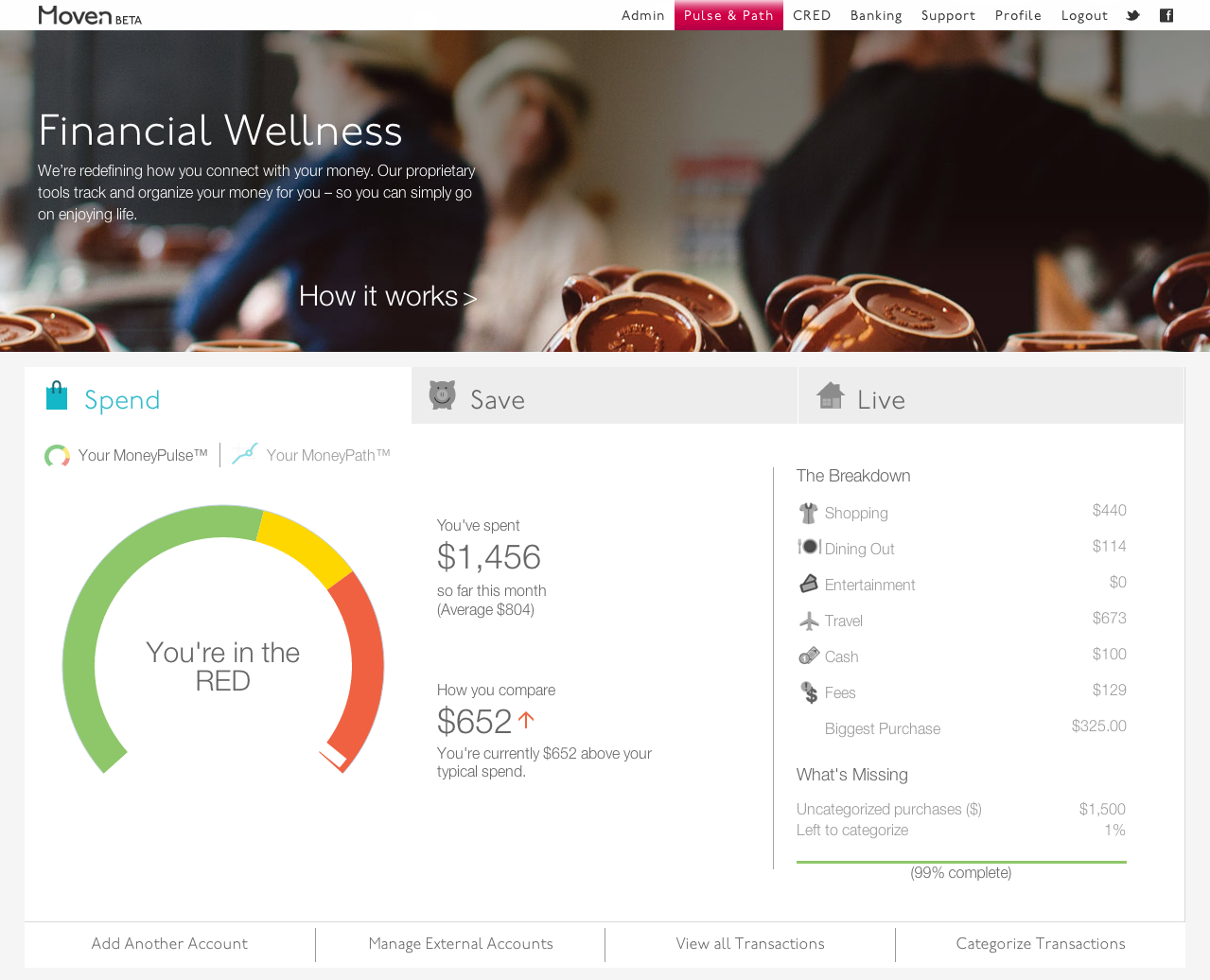 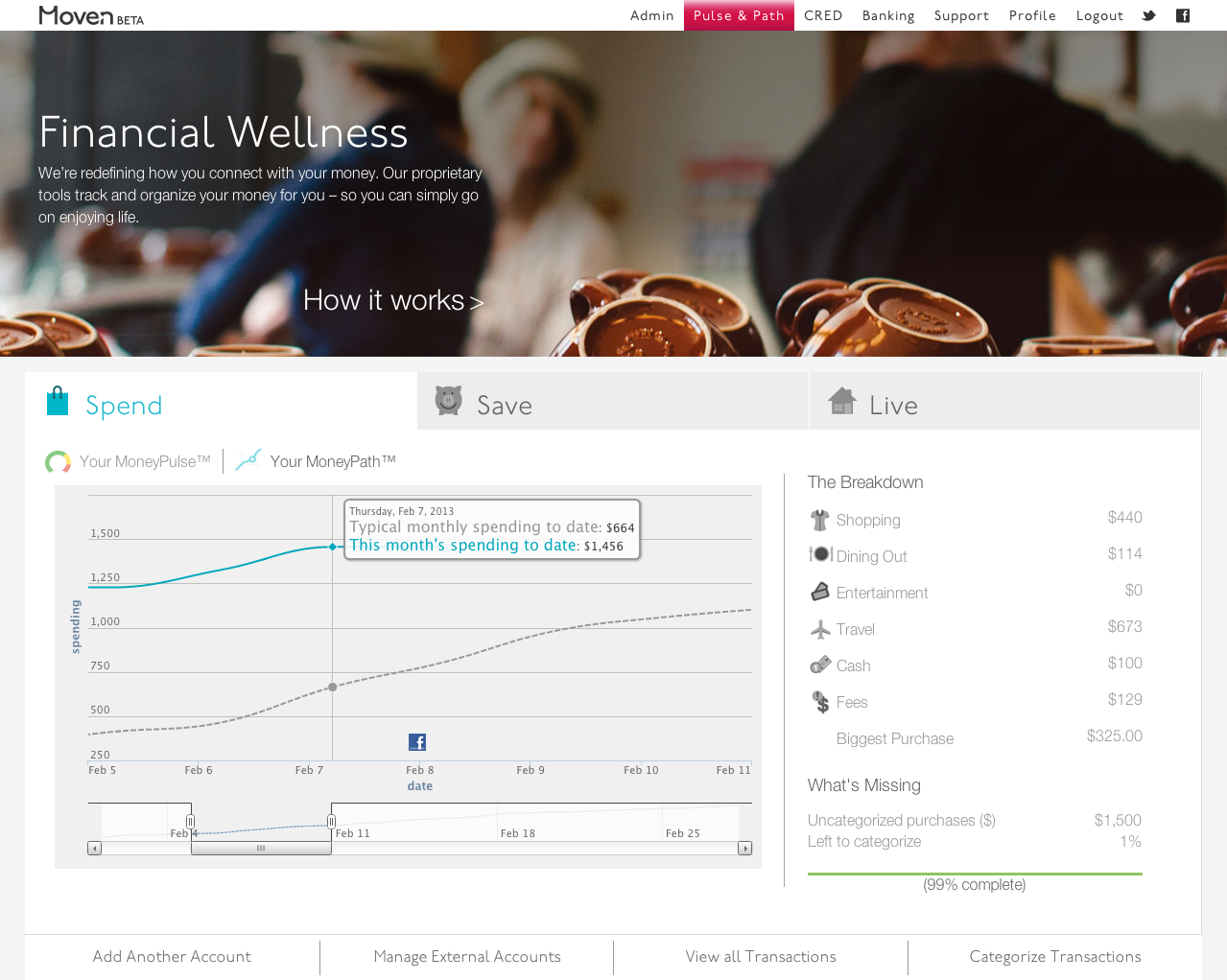