Last week Boundless, a Boston startup that recreates expensive college textbooks using free content from Creative Commons and Open Educational Resources (OER), announced it would fight the good fight, so to speak. Or at least, the free fight. Shortly after the company launched its textbook alternative tool last year, three of the four major textbook publishers -- Pearson, Cengage and Macmillan -- sued for copyright infringement. Now, Boundless is fighting back. The company filed an answer to the publishers, denying all allegations of copyright infringement and requesting a trial by jury.

From the company's statement:

The reaction of the publishers has been their unjustified and legally untenable lawsuit against Boundless for copyright infringement of these textbooks and false advertising and unfair competition. Ariel Diaz, founder and CEO of Boundless said, “In our view, such legal action is an attempt to stifle startups such as Boundless who are driving innovation and using the power of the Internet to help students save money and become better learners.

The trial will be huge for OER -- if Boundless wins, the publishers will need to accept the reality that, someday, as I've written before, the cost of many textbooks really will go to zero. The publishers are already preparing for the commoditization of their product in some way or another, telling the market that in the future they'll focus on selling tools related to the books, but not relying on the book sales alone. Macmillan has its whole "disrupt our business from the inside." Pearson has its Project BlueSky, a platform that offers free, Creative Commons-licensed content, alongside its own expensive books.

But even as they're doing that, they're suing a startup doing the same thing. When I first heard about Boundless, I thought, here is a company changing a messed up system by blowing it up, rather than working quietly within it. They're paying the price for that revolutionary thinking by wasting time with a lawsuit. But if they win, they'll open the doors for other radical uses of OER and Creative Commons-licensed material.

The irony is that Boundless's business model isn't any different from the publishers' long-term plan. The company gives away books for free and then tries to upsell students on its . Update: The company doesn't charge for SmartNotes either. Which means there is no business model at the moment. It's not something that investors would swoon at, which is no matter for now -- Boundless has $10 million in venture backing from Venrock and others, giving it the luxury to figure that out over time. If the jury allows the company to continue creating free textbook alternatives, charging for premium tools is the most obvious way for the company to scare up revenue.

If Boundless wins, the publishers' next defense will be to smear the company's offerings as low quality and not a usable replacement. In a marketplace serving cash-strapped college kids, free will always be better than expensive no matter the quality, but that's the attack that has had the most staying power for OER content thus far.

I was very interested to read Sociology professor Joshua Kim's quality assessment of Boundless books in Inside Higher Ed. The actual information in most "Intro" books is not copyrightable, but their organization is. Considering most "Intro" books are basically interchangeable, the publishers have a difficult case to make there, he writes.

I think that the publishers are going to have a hard time arguing that the organization of their books is protected when the lawyers for Boundless point out that every table of contents looks pretty much the same for every introductory textbook. The free Boundless version is just another entry into a sea of almost identical versions of our big selling, and hope-to-be big selling, higher ed textbooks.

Further, he says the content in Boundless books is around 80 percent as good as the expensive hardbacks. He says the content wouldn't hold him back from assigning a Boundless book, but the lack of offline reading functionality and test banks would. Those seem like fairly easy problems to solve, once Boundless emerges from the shadows of this trial (and, of course, pending the company wins the trial).

I'm not convinced Boundless'  lack of a business model would make it into a huge company, but I am convinced the company can make a huge impact on the future of textbooks. For that reason, I'll be watching this trial closely. 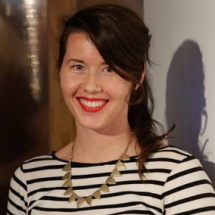