Apps or responsive design? For the Huffington Post, the answer is both

There’s a battle of ideologies when it comes to online publications these days, and it can pretty much be boiled down to one question: an app or responsive design?

Last year, Jason Pontin, editor of MIT’s Technology Review, spoke for many when he said he has a strong aversion to apps, describing them as stifling “walled gardens.” Meanwhile, new digital publications, such as PandoDaily, Quartz, and Vox Media’s Polygon, favor responsive design, allowing them to publish sites on the open Web that automatically adapt to different devices and browser sizes.

Sometimes, however, trends can be mistaken for wisdom. Even as some of the most cutting-edge publications seem to be favoring the open Web, others, such as Marco Arment’s The Magazine and the various titles published by 29th Street Publishing, prefer the richer reader experience offered by an app. And some, like the New York Times, are just making sure they’re everywhere: on mobile apps, in the browser, and on HTML5 sites.

The Huffington Post falls into that last category. As if to prove it, the company is today launching a new-look flagship iPad app with larger images, more gesture-based controls, a new emphasis on video, and a full roll-out of its new comments platform, Conversations, which is so far available only in three sections of the website: Books, World, and Gay Voices. 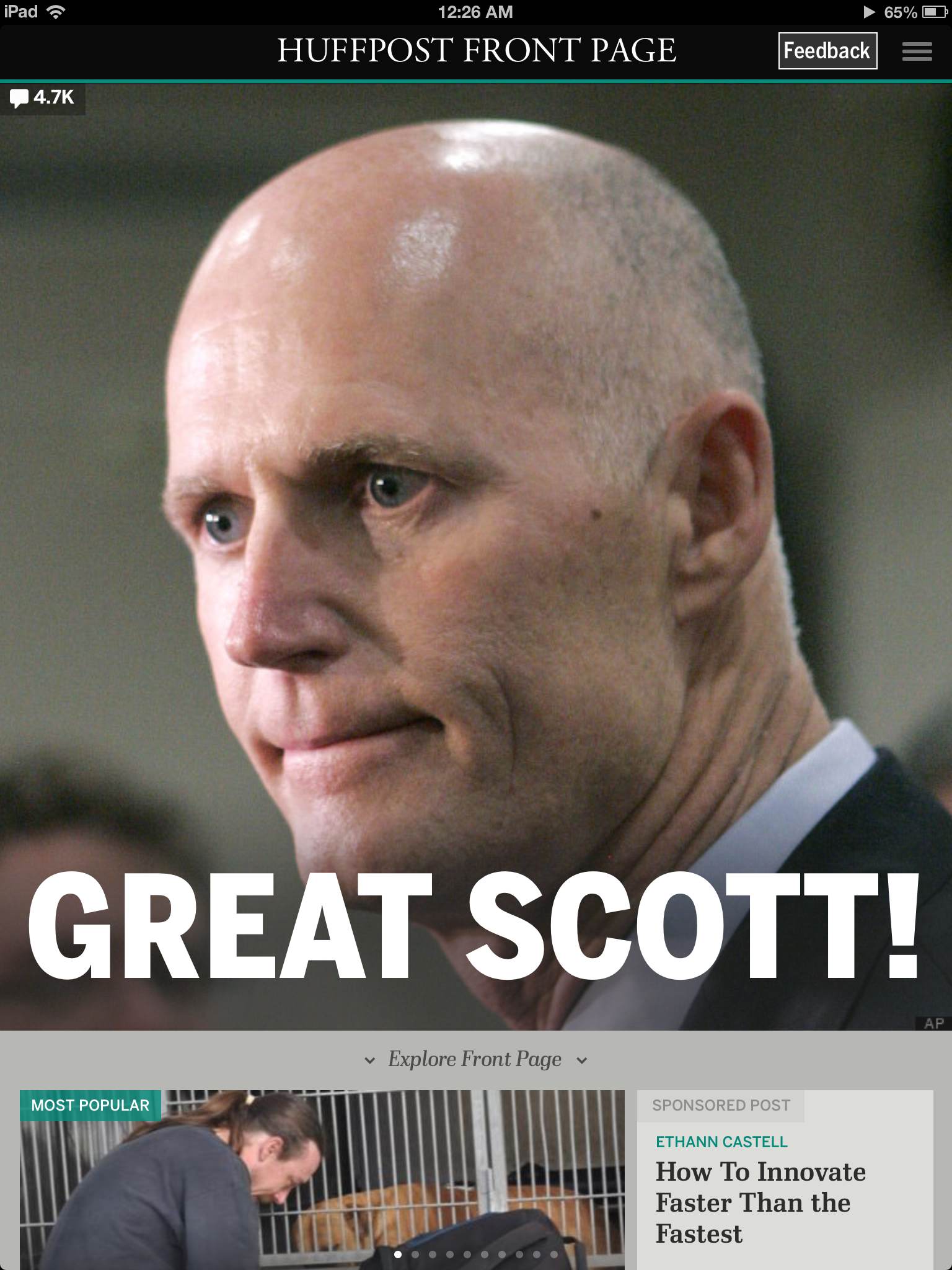 HuffPost CTO John Pavley refuses to play favorites when it comes to the “apps” versus “responsive design” argument. “We don’t feel that is set in stone,” Pavley says. “We think that apps are here to stay, we think that responsive design is just an evolution of what makes the web great.” While the HuffPost so far doesn’t have responsive design, Pavley says it will in the near future. The company will also be on top of new platforms, such as Google Glass and Apple’s iWatch, when and if they emerge, he says, although he has no idea yet what those news products might look like.

For the HuffPost, what matters most is patterns of usage rather than any particular technology. “We believe consumers want to consume media in different ways at different times of day based on their habits, their personality,” Pavley says. For the iPad app, that means reaching readers when they’re in relaxation mode, often at the end of the day when they’re tired and not necessarily in the mood for an intensive reading experience. Hence, HuffPost’s new app has big pictures, bold headlines, and easy-swipe navigation. In those respects, an app gives the programmers and designers access to controls and features on a mobile device that would be difficult to achieve with responsive design, says Pavley.

The new app will serve loyal HuffPost readers well. For a start, it's definitely a step up from the clunky and crowded first iPad app, which garnered a rating of only two stars from 7,000 reviews. The new version is zippy, and it does a good job of integrating community elements into the product. On every story, a reader comment is featured in the left column by way of a pull-quote, and the comments thread takes over the page once a reader is done with a story, rather than it dangling below. The new commenting platform is also pretty sharp, allowing readers to sort comments by “Highlighted,” “Most Recent,” “Most Faved,” or by conversations they’re involved in. When a single story can generate more than 2,000 comments, those filters are crucial.

What the new app is less likely to do, however, is expand HuffPost’s audience. There are simply too many news apps to choose from, and too many entertainment apps that also compete for the relaxed user’s attention. It is distraction enough that HuffPost has a suite of apps to choose from, including HuffPost Live, GPS for the Soul, and Huffington magazine, but that’s to say nothing of the million-or-so apps also vying for attention in the App Store. On one level, that gives the publication broad coverage, but on another, it also fragments and disperses its readership – and at great expense. Each app has its own design and feel, and must require numerous staff and resources to manage and maintain. The benefit of responsive design, on the other hand, is that it allows a company to design a site once and then let the automation do all the work.

Still, for a publication of the HuffPost’s size, an argument can be made that it’s important for it to be everywhere, even if it still at the experimental stage. One day, HTML5 might improve to the point where responsive design becomes the no-brainer and native apps die forever. For the meantime, however, news apps live on – despite certain publishers' disdain. 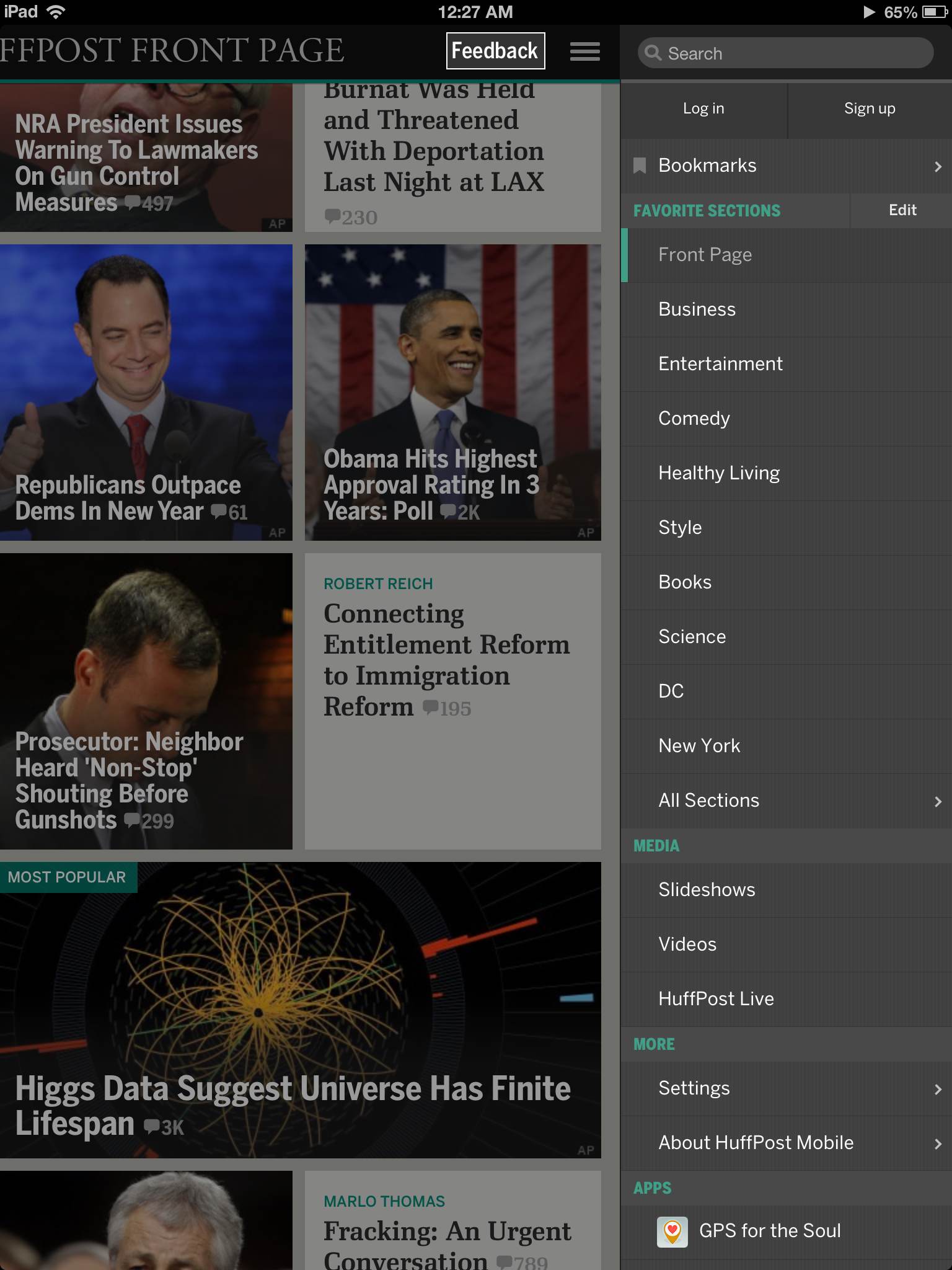 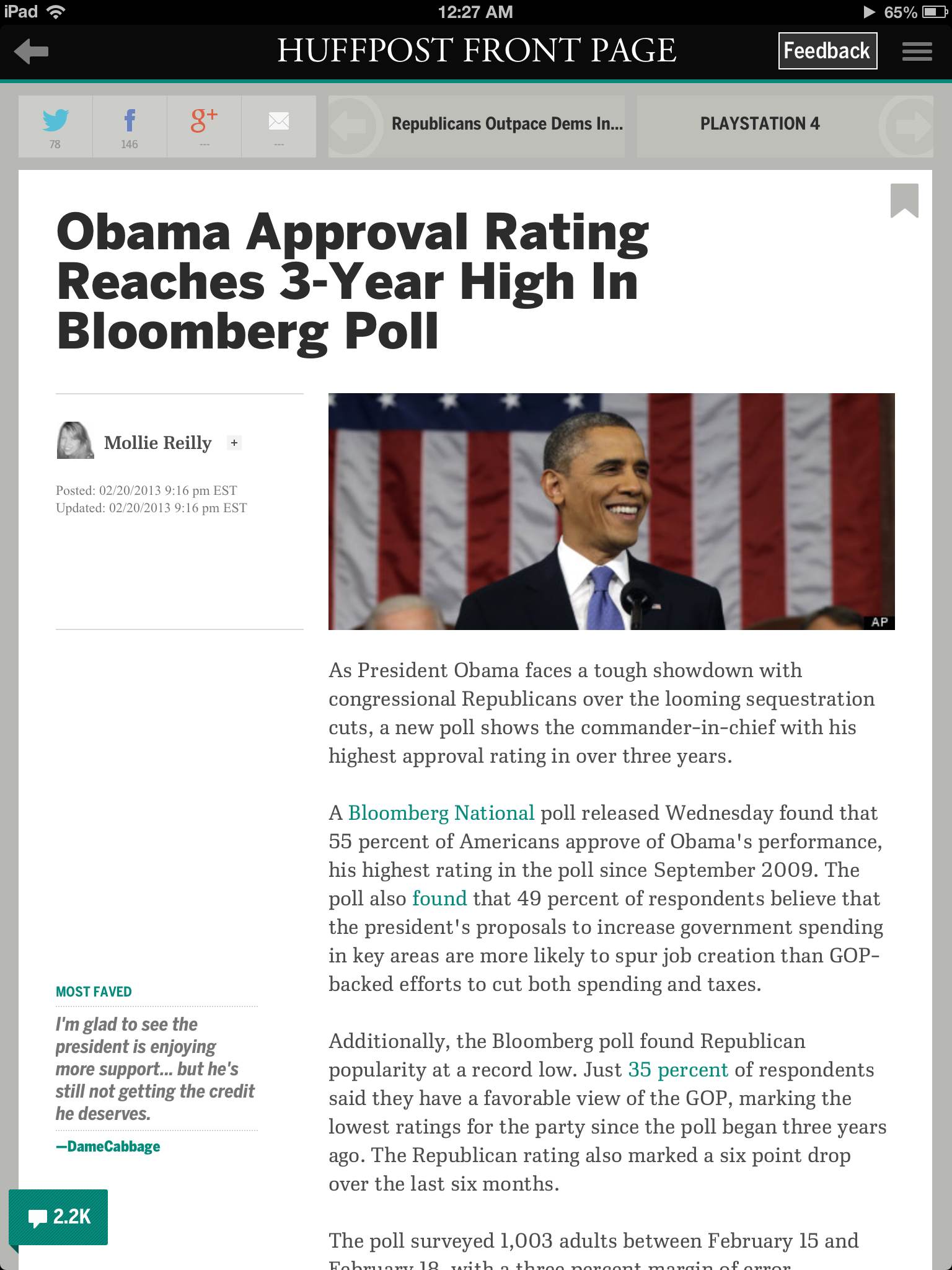