SXSW Interactive director Hugh Forrest: "The event is what you make of it"

Hugh Forrest is sitting in his darkened office at the end of a long work day and worrying about something that people don’t typically associate with Austin, Texas: rain.

Last year, two days of cold, squally rain turned the start of South By Southwest Interactive into a sodden, overcrowded mess. More than 24,000 people were in attendance, up from 19,000 the year before, and the rain drove them all indoors, exacerbating the perception that the conference has become too big for its own good. Had it been sunny, as it usually is in Austin at this time of year, people would have spread throughout the city, into the streets, parks, restaurants. Instead, there were long lines everywhere, and cold, miserably wet attendees packing themselves into halls and bars for panels and parties. SXSW was bulging at the seams, and it wasn’t pretty.

Forrest, who is the director of SXSW Interactive, is by now experienced enough to be able to anticipate and respond to many of the problems that come with running one of the world’s largest mega-conferences. He’s been a SXSW organizer ever since 1989, when he helped the organizers of the then music-only event build and store an online database on his Macintosh Plus. He was the first full-time staffer to join the team. After a two-year break from SXSW, he came back to launch Interactive (then called SXSW Multimedia) and has stayed on ever since. Today, the organization employs about 150 employees to work full-time on the conference.

Forrest, whose desk is crowded with scattered papers and books and sits below a floorplan of the Austin Convention Center printed on large white cardboard sheets, says that the organizers have made all the mistakes several times and have now honed their duties to the point where they can just use the last week's solutions to respond to problems.

One thing that is totally out of their control, however, is the weather. And the forecast for Friday through Sunday, the first three days of the conference? Rain. This year, Forrest expects the conference to attract about 28,000. If those people are prevented from being able to spread around the city, things could again get ugly -- and just at a time when many in the startup community seem eager to pronounce the conference as overhyped and over-crowded, if not just plain over. Several entrepreneurs we’ve spoken to just aren’t that jazzed about SXSW anymore. It’s a lot of expense for not much value, they say. Many also argue, not unfairly, that “these days” techies seem to be outnumbered by brands, marketers, and PR people. 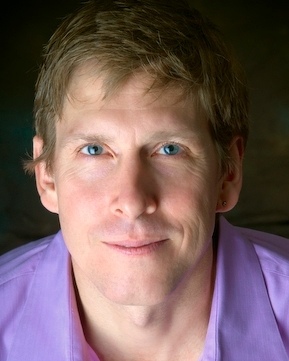 Forrest, a towering figure with wire-rimmed spectacles, doesn’t seem to be too affected by the criticisms. Yeah, SXSW has a lot of sponsors, he admits. Actually, first he jokes: “Do you want me to show you the Pepsi tattoo on my back?” Then he proffers the prosaic answer that organizers have wheeled out often in response to similar criticisms in the past: “Having sponsors allow us to do a lot more cool stuff.” So don’t be surprised when you see more installations in the same vein of the Doritos stages, Pepsi parking lots, and CNN Grills.

Forrest also concedes that the sheer number of people at the conference these days can make it harder to navigate, but it also means that there are more people who align with your specific interests, he says. More importantly, though, Forrest says SXSW is a “big tent” that encompasses many parts and that the event is whatever you want to make of it. For sure, there are a lot of brands and marketers, but there are also a lof of indie startups and nonprofits. “SXSW at this point is big enough that whatever you want to see in it is what it will give you back,” says Forrest.

That wasn’t always the case. Between 1995 and 2001, Forrest lamented that Interactive would never be as big as its sexier siblings, Music and Film, which attract rock stars and movie stars respectively. But then, an explosion of social media and startups in the mid-2000s completely flipped the tables. “The geeks in many ways have become the rock stars of our culture and society,” says Forrest.

The conference’s growth in recent years has been stupendous. When Twitter officially launched at SXSW in 2007 – probably the most prominent moment in the event’s 20-year history – only 6,500 people attended Interactive. Three years later, that number had risen to 14,000. Last year there were 24,569 paying attendees, and now significantly more people pay to attend Interactive than do so to go to SXSW Music, which had long been the flagship event. The growth has been such that SXSW has transmogrified into a multi-headed hydra, with new offshoots for Education (SXSW edu), green issues (SXSW Eco), and a smaller startup-focused event, V2V, planned for Las Vegas in August. Startups, incidentally, are a common thread at each of the events, and this year there’s even a “Startup Alley” at SXSW Film. Forrest says part of the reason for that expansion is to spread Interactive’s growth across other events and therefore reduce the burden on the city’s infrastructure – in particular, hotel rooms – which struggles to cope with the vast numbers of visitors.

Forrest anticipates other criticisms, too. He bets that within the week there’ll be between 15 and 25 stories published saying there’s no big breakout app this year. (Here’s one.) “That microscope and instant analysis can sometimes be frustrating,” Forrest says of such coverage. Besides, that’s not really how it works, he argues. We won’t know which products launched at SXSW ultimately become successful for another year or two, he says. And that was the case with Twitter, too, he says. No one knew at the time just how huge it would become.

For now, one thing that the criticisms won’t do is hurt SXSW’s bottom line. The company has grown to be “moderately profitable” in recent years, Forrest says. Interactive, which is attractive to big-dollar brands, probably has a large part to do with that. It was only until December 2011, however, that the organizers worked out of a series of rented houses in the north of the city. Now, however, they occupy three floors of a modern office building in downtown Austin. In 2011, the entire SXSW was directly and indirectly responsible for injecting about $168 million into the Austin economy, according to the company’s own figures. This year, the event's pulling power has attracted big names such as Elon Musk, Al Gore, Shaquille O'Neal, Rachel Maddow, and Tim Berners-Lee.

Forrest, however, insists that the conference is about much more than just money and celebrity. The native Austinite says the creative spirit and one-to-one connections that the conference enables is what makes it special. “Ultimately, it’s less about what we do and more about these cool people coming together, having fun, and coming up with ideas,” he says. “That’s the real value.”