A year ago, Facebook’s main app was the most downloaded social networking app in the world for iOS. Today, it’s Facebook Messenger.

Social networking apps in general are growing dramatically on both iOS and Android, in the US, and especially in the rest of the world.

Last year in January, social networking apps were ninth on the App Annie Index in terms of revenue. This January, they shot up to third, behind only games and productivity apps.

These findings all come from a new report by App Annie, which focuses on mobile social networks and charts their enormous growth. The facts – and the charts below – speak for themselves, so I will just add a few quick observations.

Now to the charts. 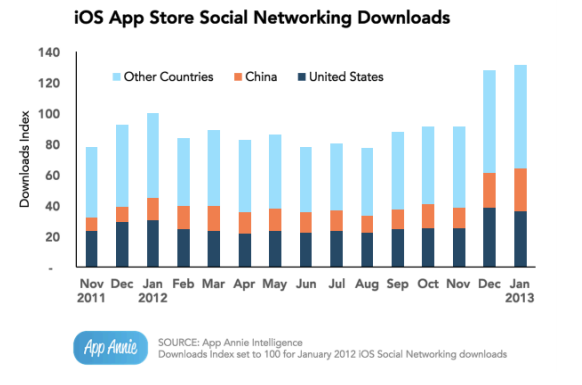 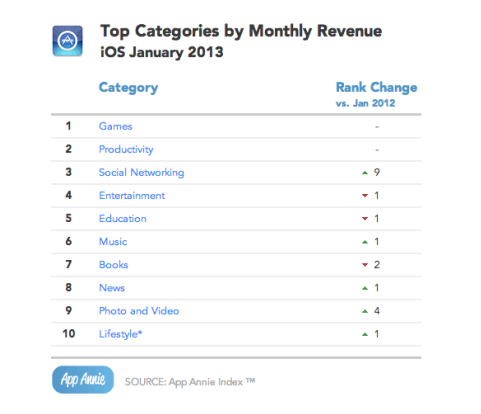 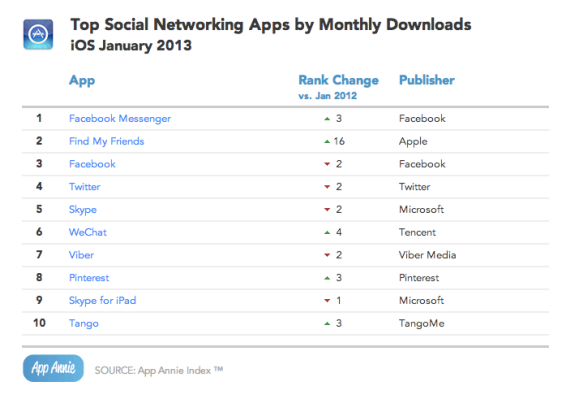 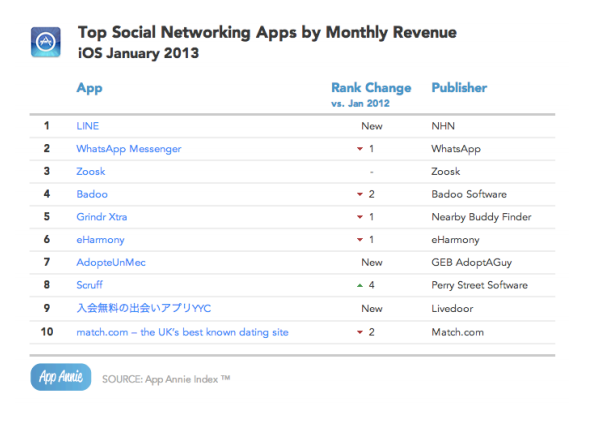 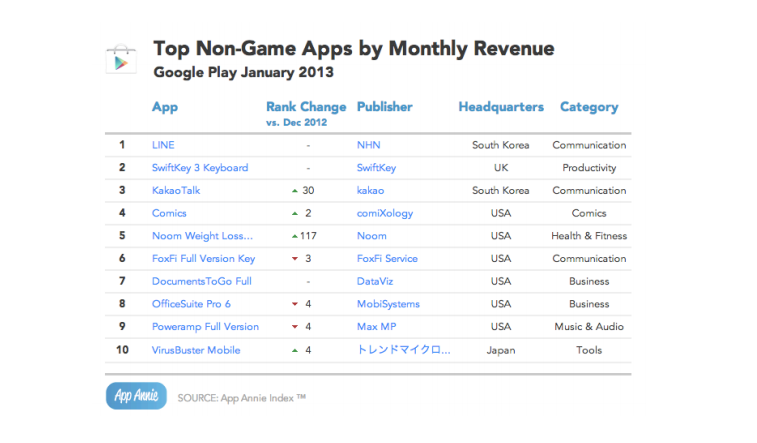 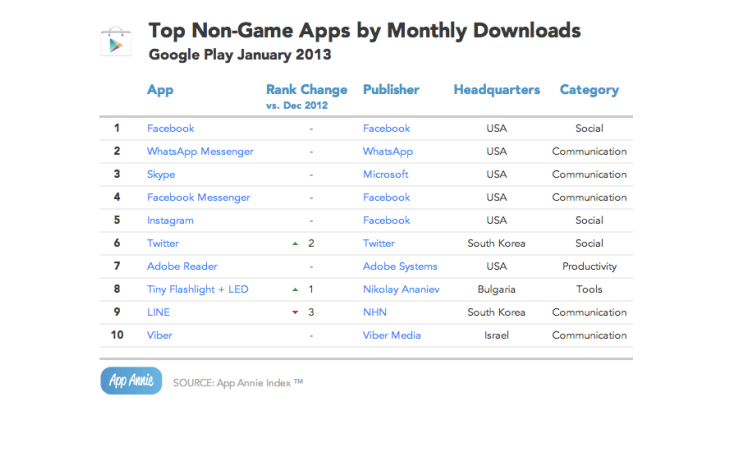