Even though surprising encounters are part of South By Southwest’s currency, it’s still hard to adjust to the idea of meeting Nelson Mandela’s grandson in the courtyard of a boutique hotel in Austin, Texas. But here he is, Ndaba Mandela, founder of the Africa Rising foundation, sitting in a black leather jacket and black T-shirt, baking in the bright sunshine on an early Spring day while in the parking lot next door a bunch of hackers are huddled under a tent, cranking out code for entertainment-related apps as part of Rocnation’s Raptor House.

The grandson of one of the world’s most beloved statesmen flew into Austin last night and is spending the day here to meet with his friend Matthew Michelsen, CEO and founder of Backplane, a Palo Alto-based startup that has $5.8 million in venture backing and is responsible for the enormously popular Lady Gaga social network LittleMonsters.com.

On Friday, Mandela and Michelsen will launch Mandela.is, a social hub built around the idea of giving back to the community. It will also help extend and amplify celebrations around Mandela Day, which itself is meant to inspire change and spur people to take action for the good of their communities. 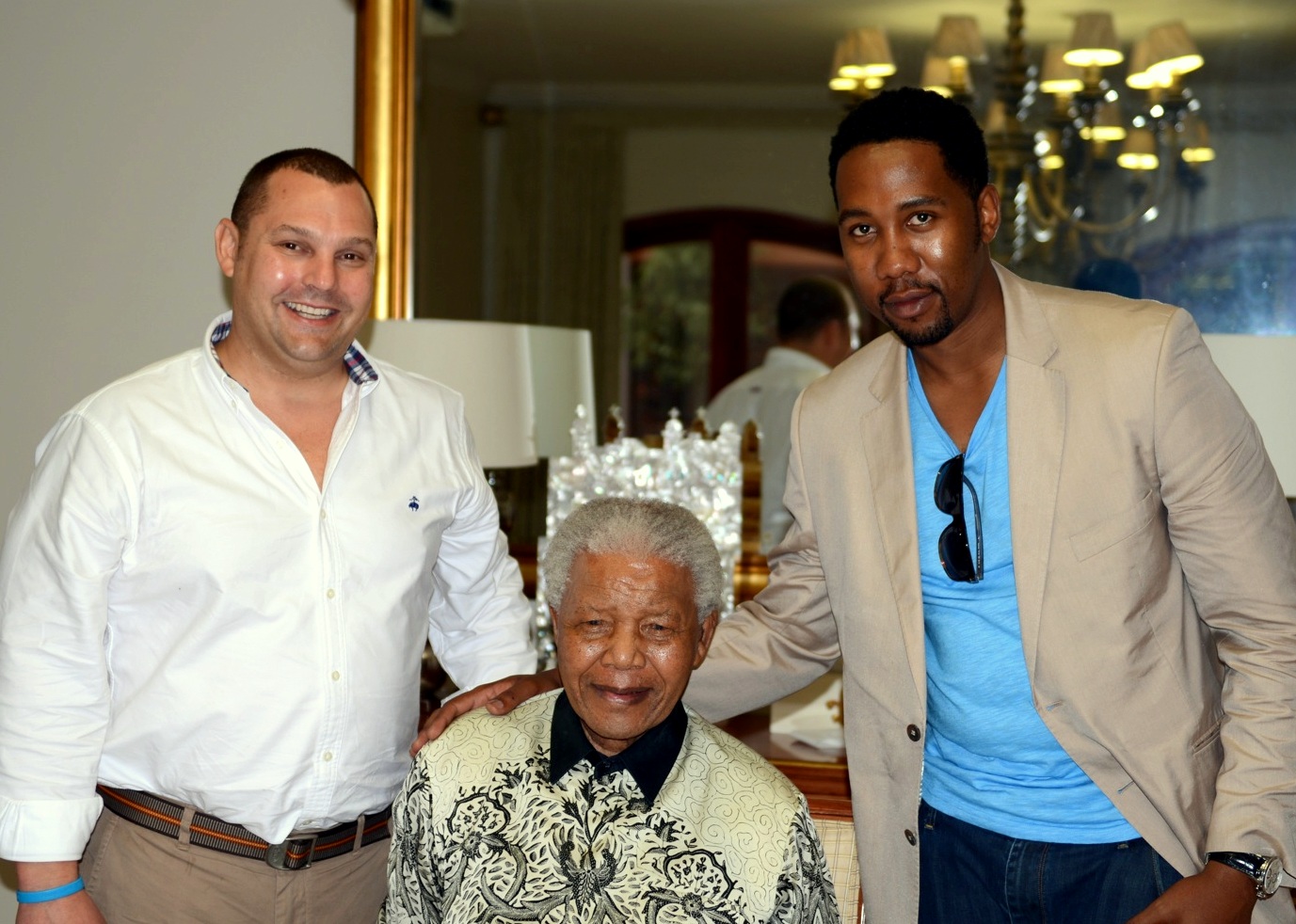 For Ndaba and his cousin Kweku Mandela, who is also here in Austin, Mandela.is represents a chance to honor their grandfather, the anti-apartheid revolutionary and first black President of South Africa. “For me and Kweku, we’ve always wanted to celebrate our grandfather and never really got the chance,” says Mandela, who speaks slowly and deliberatively, in a deep, rich timbre. “So this year we felt driven and compelled to make it happen.”

To mark Mandela Day and Madiba’s 95th birthday, the grandchildren are hosting a series of high-profile events – a concert in London, a boxing match in Monaco, a soccer match in Johannesburg – and tying them into the theme of giving back to the community. Mandela.is will be the glue for those events and the online hub for all the activity around them.

“We felt that there should also be a campaign that goes around the world and gives people access to be able to interact with our grandfather, and actually sharing in who he is and what that means to them and how he has inspired them,” says Mandela. “So when we discussed that, we came up with this idea of Mandela.is, and for us we felt that would give the opportunity to people to tell us in their own words who Mandela is, what he represents, what comes to mind when they think of Madiba.”

Mandela was introduced to Michelsen by a friend in September last year while attending a Clinton Global Initiative event in New York. While the two were discussing ideas for a Web-based community, Mandela realized that Michelsen was already working on something very similar. Backplane had been working on an idea related to building a community around Martin Luther King Jr., and it didn’t have to be adapted much to work for Nelson Mandela. Both Ndaba Mandela and Michelsen were inspired by the social media-enabled movements that drove the Arab Spring, Occupy Wall Street, and, less positively, the London Riots. “Technology has enabled people to gather around these movements faster and faster,” Michelsen says.

At Mandela.is, people will be able to share thoughts and experiences via text, photos, art, and video, as well as building up profiles on the site. Invitations to use the site will at first be contained to ensure a steady build up of content and quality. Mandela will publish the first post on Friday in the form of a letter explaining the concept of Mandela.is. He’s hoping to get world leaders, statesmen, and celebrities to lead the discussion on and around the site.

So what does the man himself think of the project?

Mandela lights up. “He was actually very happy,” he says of the time when he told Nelson Mandela about the project. “I was actually surprised when I saw that. I know my grandfather, and he never really is – he doesn’t get too excited about something. He’ll just give you his approval: ‘Okay, that’s fine, you can go ahead, you know.’ But he said, ‘That’s a great project.’ So I was very happy to hear him say those words.”

Mandela.is also represents the first time the wider Mandela family has been united in giving its blessing to a project related to the patriarch, who is the second-most recognized brand in the world, behind only Coca-Cola. The social network will help preserve and protect Mandela’s legacy.

“A lot of people around the world have a lot of affinity for the old man and the work he has done,” says Mandela. “I myself am a person who has been very much influenced by my grandfather. So it’s really a continuation of the work that he used to do. But obviously this is now the new generation, it has to evolve, it has to relate to the new leaders of tomorrow.”

Mandela says Mandela.is will be an organic movement that people can engage with and take ownership of. “That’s the real legacy of my grandfather: empowering people, and allowing people to empower others.”