More than 100,000 people have signed a petition that asks Google to keep Google Reader running – but not everyone is sad to see the RSS reader go. For Stockholm-based Bloglovin (which, incidentally, is based in the same office as Tictail, which we wrote about this morning), the shut-down notice was about the best news possible.

“I told my girlfriend ‘Yes!’," Bloglovin co-founder and CEO Mattias Swenson says of his reaction on hearing the news. "And then it was more like, 'I have to wake up my brother so he can build the importer.'" 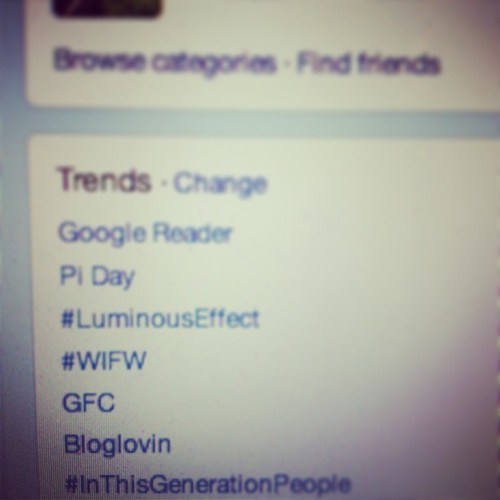 The importer, cobbled together overnight by Daniel Swenson, allows users to move all their feeds from Google Reader into Bloglovin, which presents a highly designed feed-reading experience especially targeted at blogs that deal in fashion, food, and interior design.

Yesterday, Bloglovin published a post announcing the importer and benefited from a giant spike in sign-ups. Over the last 30 hours, it has signed up 13,000 new customers, pushing it over the 2 million membership mark. Swenson figures that while many techie readers headed over to Feedly in the wake of Google's announcement, Bloglovin is picking up readers who are interested in self-expression, encouraged by the blogs like A Beautiful Mess, which are recommending their readers follow them on the service.

Bloglovin has been around for five years, but it took $1 million of investment from Betaworks and Lerer Ventures only last year, and it opened a New York office at the same time. Six months ago, it launched an iPhone app – an advantage it has held over Google Reader – and now 51 percent of its readers come to the site through mobile. "Our average user comes back four times a day on mobile," says Swenson. "We don’t have those numbers on the Web. We already have more page views on mobile than we do on the Web.”

Spurred on by what Swenson calls a "huge opportunity" in the wake of Google Reader's demise, Bloglovin is doubling down on development efforts, focusing on building a new social layer that will allow users to follow what other people are reading. It is also building a discovery engine that keeps track of what people are reading, what their friends like, and who they follow in order to make recommendations. 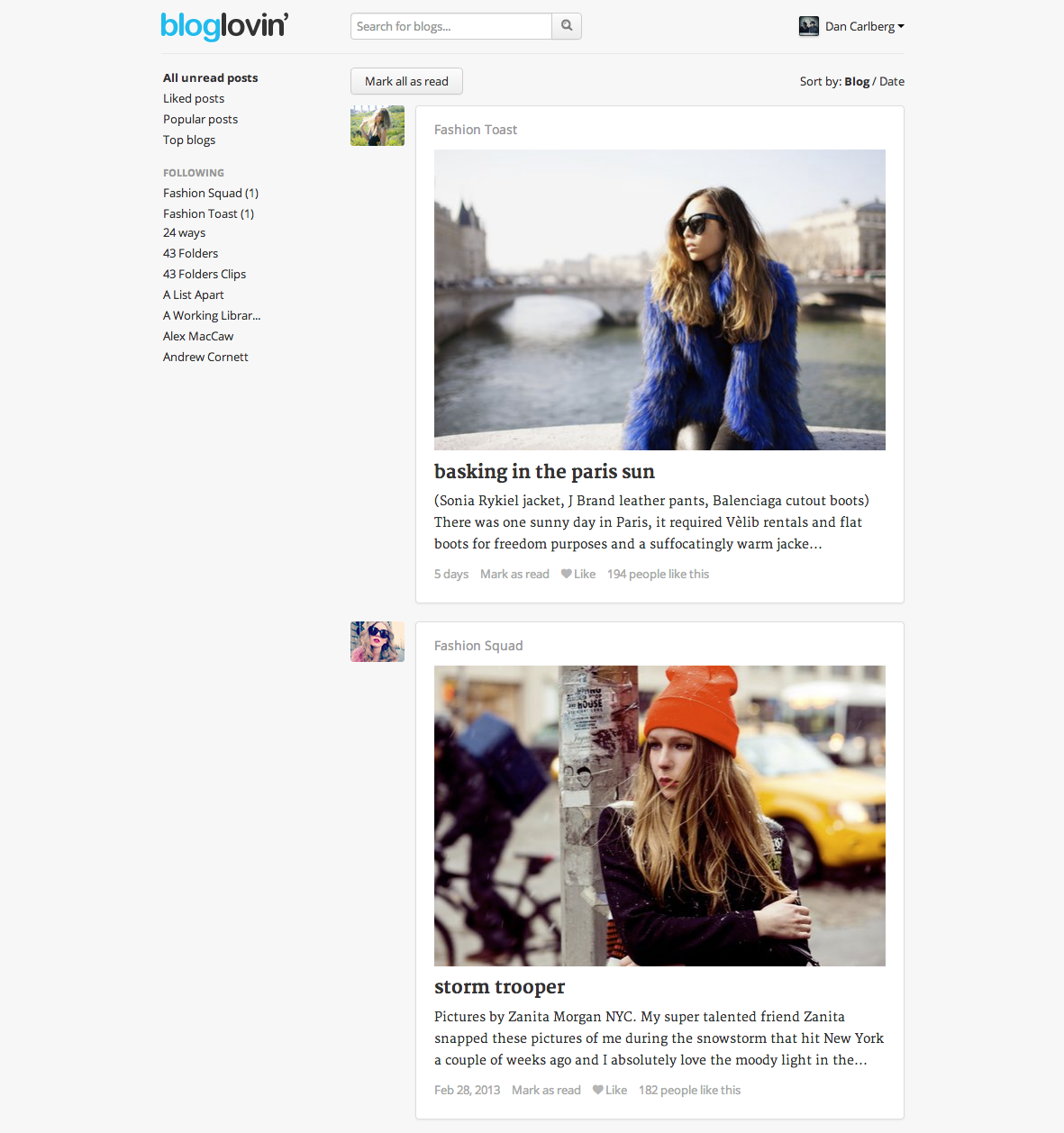 Bloglovin, which has been profitable in the past but has dipped back into the red since opening its New York office, makes its money from banner ads and sponsored content placed within readers' feeds. Unlike Google Reader, it presents only headlines and excerpts from each feed before sending readers to the original site to read. “It seems like a lot of bloggers are on our side because we’re sending them traffic whereas other readers aren’t.”

Its main direct competitors in a post-Google Reader world will be the likes of Feedly and The Old Reader, but it faces a larger challenge in pushing back against a shift in reading habits. While in the early days of the Web, RSS showed much promise and catered to the needs of heavy readers who wanted to keep tabs on every story update on their favorite sites, more and more readers these days rely instead on recommendations plucked from their social and interest graphs, such as those found on Facebook, Twitter, and Pinterest, as well as content sites such as Digg and Reddit, save-for-later apps such as Instapaper and Readability, and mobile-first readers such as Flipboard, Zite, and News360.

In shutting down its popular Reader, Google seems to have decided that RSS is part of a dying breed. Bloglovin is betting that the giant of Mountain View is not only wrong, but that, at least when it comes to blog reading, a Sweden-made alternative can do a better job.