First there were the rave reviews. Then the long waiting list. Then last week, Dropbox acquired Mailbox in a blockbuster deal reportedly worth around $100 million.

Few apps have dominated the Silicon Valley news cycle over the past month like Mailbox. But is it worth the hype?

New data released to PandoDaily certainly suggests so, albeit with a couple of caveats. Onavo Insights, which calculates mobile app usage the same way Quantcast calculates web traffic, reports that Mailbox was the third most-used utility app for the iPhone behind only Gmail and, yes, Dropbox. That puts Mailbox just a shade above everyone's favorite note-taking app Evernote. 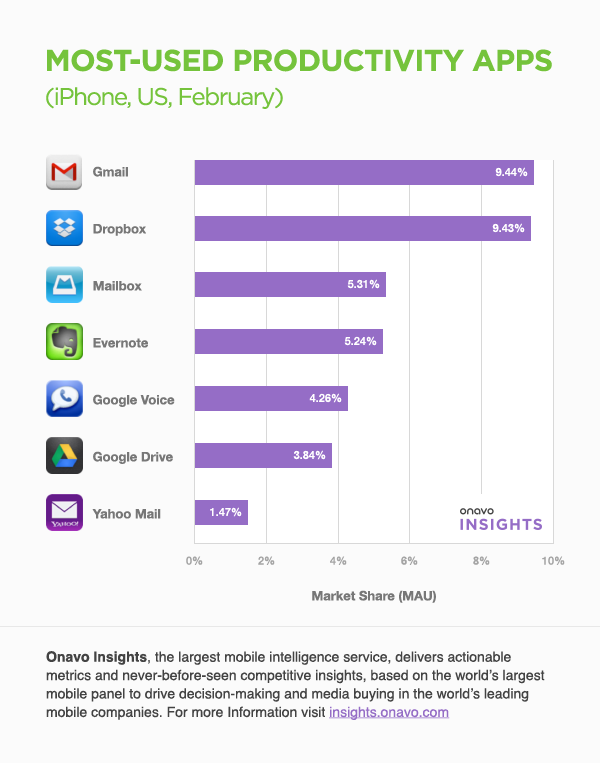 Onavo also calculated the percentage of users who use both Dropbox and Mailbox and found that, through the acquisition, Dropbox picked up 3.56% more of the market share of iPhone users. 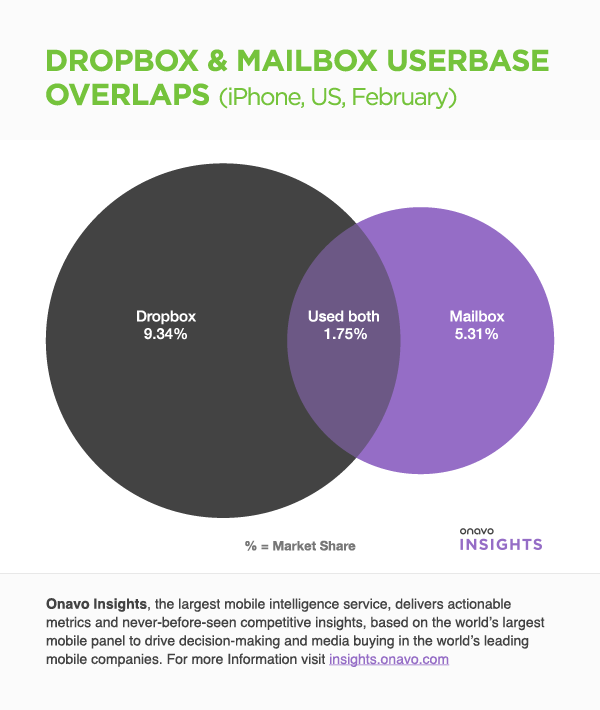 Mailbox has been live for just over 5 weeks, so it's difficult to say for sure if the app's monthly average user base can sustain itself over a long period of time. However, Onavo's data shows that following a quick spike after it first launched, usage has remained fairly steady: 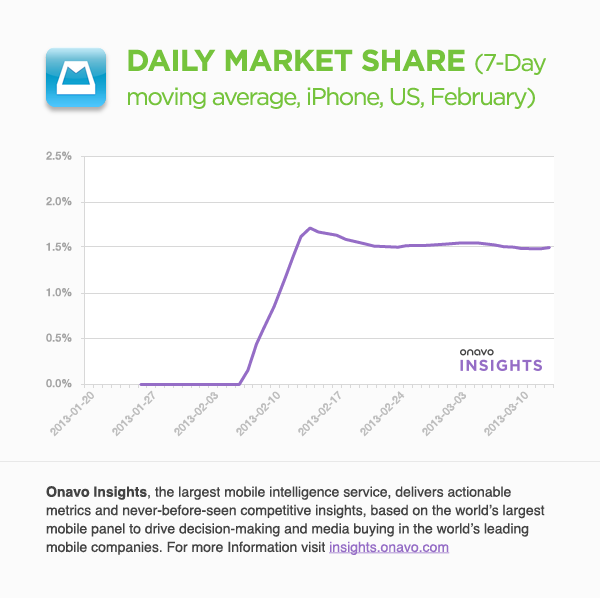 Because Apple doesn't release how many iPhones there are in the US, senior director of marketing Zeev Rosenstein says Onavo doesn't have a hard number for how many active users Mailbox has. Instead it uses a market share metric that measures what percentage of iPhone users were active in the app at least once in the month of February. Because Mailbox is continually letting more people into its app off its waiting list, we'll have to wait and see if these users continue to access the app regularly after being let in.

For now, however, Mailbox usage shows little sign of slowing down. Gentry Underwood, CEO of the app's developer Orchestra, tells the Wall Street Journal that the company is now delivering 60 million messages a day and has taken 1.3 million reservations.