A penny for your Tweets: Flattr's CEO on new micropayments money hose

Imagine if Twitter changed its system so that every time you click the little “Favorite” star beside a Tweet, the author of that Tweet gets sent a small amount of your money. Imagine if Instagram did the same for its heart icon, or Facebook let you donate digital loose change to anyone whose status you “Liked.”

Well, actually, you don’t have to spend much more time dreaming of these days of micro-charitable social giving. Sweden’s Flattr yesterday announced integrations with eight top Web services that allow users to do exactly that. The micropayment service’s money pipe is now hooked up directly to Twitter, Instagram, Vimeo, Soundcloud, App.net, Github, Flickr, and 500px. If you have a Flattr account, you can now donate to your friends and people you follow through those services without having to leave an iframe. The only difference is that Facebook is so far conspicuously absent. (Flattr says that’s because of a technical issue related to Facebook’s API, and it is a “high priority.”)

Flattr launched in 2010 and is backed by $2 million in seed funding from Passion Capital and Federico Pirzio-Biroli. One of its co-founders was Peter Sunde, a Pirate Bay founder who has since left the company because of the giant distraction of The Pirate Bay Trial. CEO Linus Olsson has been left to run the company, which started off by letting Web users contribute small amounts to content creators by clicking on a Flattr “button” embedded on websites. 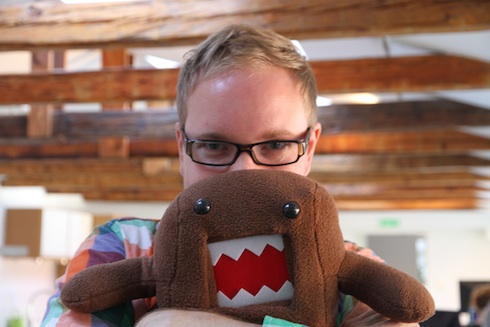 To make a micropayment, you pay a monthly sum into your Flattr account. At the end of each month, Flattr counts up all the Favorites, Likes, or Flattr-button clicks you have doled out and distributes your donation pool to the content creators accordingly. They have to be Flattr account holders to be able to receive the payments. Olsson won’t reveal how many users Flattr has, but he says there have been more than 1.5 million such payments made to date, and that the average payment works out to about 64 cents, but that it varies wildly depending on the user.

I talked to Olsson on Skype to ask him more about Flattr’s new vision for micropayments, and why micropayments still aren’t mainstream.

PandoDaily: Why are you making this change now? Why make Likes and Favorites into monetized actions?

Linus Olssen: It’s not a question of monetizing Favorites or Likes, really. It’s a question of what has been technically possible to do. Our goal since the start has been to bridge the gap between consumption and paying... The goal would be to bridge the gap completely and make payments automatic for content you consume, and that the system in some way would automatically understand that you want to pay for it. The first solution was to make a button you place beside your content and, if you like it, you click it. The thing is, that demands people to have their own website... That meant that the old technical solution for Flattr was hard to use, or impossible to use for creators, and then came the question of, Okay, what can we do instead? How can we bridge this gap?

Does this change or advance your original mission?

It makes perfect sense to us because the main reason for creating Flattr is to make it possible to support or give money to normal or, let’s say, unprofessional creators – creators that don’t do this as a living. Because that’s where payments are lacking on the Web today, [for] all the creators that want to live with how the Internet works – the idea of an open and free Internet where you can share and spread your content – and that has proved very hard to combine with any kind of payment. We think that’s wrong; we think the digital DNA of the ’net is something that we should care about... The only way to monetize content so far has been the idea of locking it paywalls, and it doesn’t work. It’s not how the Internet wants it to be. It’s not how it’s constructed.

At the moment it’s a fairly mindless thing for me to go and Favorite a Tweet, or Like something on Facebook, or Heart something on Instagram. What is this change going to do to those actions or that behavior?

That depends, of course, on the person. Most of the people we’ve been talking to and most of the people who have tried this for a while actually Favorite and Like more, because all of a sudden it means something. Before it was just like a pat on the back: ‘You’re good.’ Now you can do that action with actual meaning.

What is the incentive for people to put money into their account every month and dish it out in various pieces to various people around the Web?

If you want an egoist reason, of course, it is the next content: If I do this or I support this, the probability of this person creating more and even better content is of course much bigger. And if you’re not egoistic, you just think that, ‘This is great content, I want to show my appreciation for the existing content.’ That’s kind of how the world works: People give money to stuff they like; they support causes they think are important, and so on.

Yeah, sure, you can argue that that’s something [like] what we’re doing. Of course, we’re doing it for a very small portion of their users at the moment. What we’ve seen so far with people that have tested this is that it doesn’t really change their behavior. If people have a behavior that they don’t think is compatible with adding money on top of it, they just don’t do it with that service. So it’s very adaptable. What we have seen is that it actually drives engagement.

Do you have a backup plan if the likes of Twitter or Facebook decide that they don’t want to play nice?

As the speed of how the Internet evolves right now, there’s really no use in creating backup plans that you might need in six months, because in six months there’s always something else.

What about micropayments in general? It seems that a few people are trying to make them work and they haven’t really caught fire yet. Why do you think that is, what’s it going take to change that, and how confident are you that that change is going to happen?

Micropayments don’t work because we don’t have coins on the Internet. We don’t have those things that lie around in our pocket that we really don’t want to be there. Instead we get some kind of passwords, long strings of numbers, strange forms and tedious processes to give an extremely small amount. On top of that, we also have the problem of high fees and small payments. Those two factors make micropayments in its current form impossible...

The mental cost of a micropayment is huge; the diminishing return is huge on how much work you’re willing to do for such a small amount of money. That’s one thing that we think we have solved, because we are not only kind of the only micropayment service that can do really, really small payments. [CentUp and Google would disagree with this contention.] We are also one of the only services that is one-click on eight of the biggest content providers on the Web. That means that we have kind of created the coin for the Internet.

Update: Twitter has now cut off Flattr's ability to let users make payments via the service.