The Chinese are also building smart watches and smart shoes

Wearable computing is not just a Made In America phenomenon. China is getting in on the act, too. Today came news that Guoke, a hardware company owned by digital publishing giant Shanda, will start selling smart watches in June, challenging both Apple and Samsung, the latter of which has also just let it be known that it is working on a smartwatch.

Shanda's watch, called the Bambook Smart Watch and named after its line of smartphones and e-readers, will run on both Android and Firefox, making it potentially the most flexible smartwatch in the world, according to the blog TechNode. Another interesting twist: the watch will have an e-ink screen, suggesting the company expects wearers to use it as a reading device. A picture on donews.com shows the watch also being used for navigation. 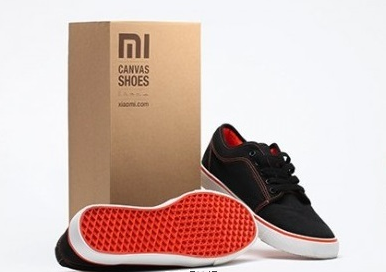 Meanwhile, China's homegrown Apple competitor, Xiaomi – which we profiled last year – has just released a line of footwear to complement its high-end affordable smartphones and a recently-approved set-top box for TVs. For now, the kicks are regular canvas street shoes, but the startup, which is already valued at $4 billion, plans to advance the idea of the Nike+ shoe by letting users link the shoes to a Xiaomi phone to measure steps taken, heart-rate, and other quantified-selfie activity. The current "dumb" version of the shoes cost about $16.

While we're talking about high-tech in China, we have a good excuse to mention the HeX Air Robot, a 3D-printed, smartphone-controlled drone from Chinese company Angel Eyes. We first spotted this a couple of months ago thanks to a post on TechInAsia. At that time, the bootstrapped company was planning to raise money for the project on Kickstarter. That campaign hasn't yet materialized, but it can't be too long until these little gizmos are circling our neighborhoods. Enjoy the video.