Google's release of Evernote competitor and new note-taking app Keep has received a lot of flak this week, but mainly because in the wake of the Google Reader shut-down announcement people no longer trust the search giant to keep its products alive. No-one, however, has noted just how similar Keep is to ColorNote, one of the most popular note-taking apps for Android.

Sungsuh Park, the South Korea-based founder of ColorNote, dropped me a line this morning pointing out all the ways in which Keep is similar to his app. ColorNote, by the way, has 8.9 million users and is ranked fifth among Google Play's productivity apps for the US – higher than Evernote, but now lower than Keep. It was launched in 2009 and has a 4.6-star rating from more than 175,000 reviews in Google Play.

Park says the features and concept of Keep are so similar to ColorNote that it's almost as one were modeled after the other. He points to similarities in the color-coding scheme, reminders, grid views, checklists, and "sticky notes" (ColorNote lets users put sticky notes on their homescreens).

Judge for yourself from the side-by-side comparisons below. In the meantime, I've asked Google if Keep's design team was aware of ColorNote, and to what extent it took inspiration from the app. I'll update this post when Google responds. 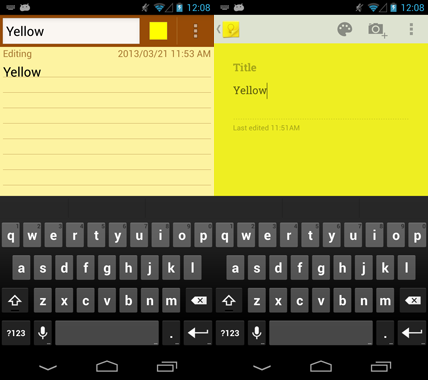 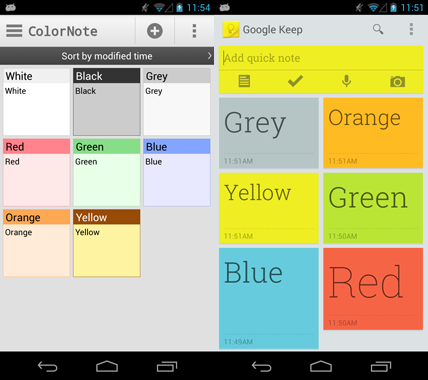 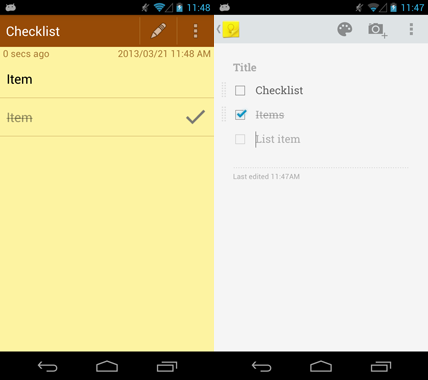 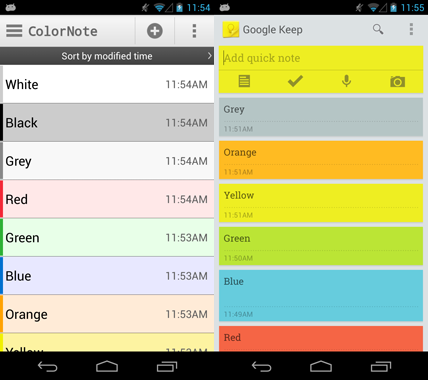 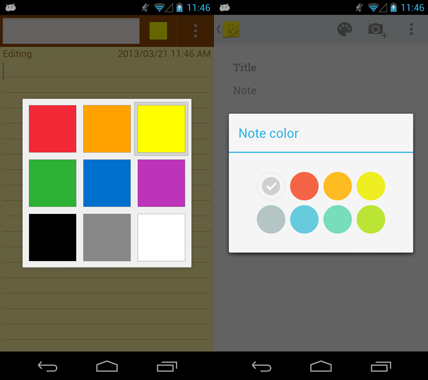