Hold up, Flipboard – what are you calling a "magazine"?

At the end of its big announcement about the next-generation of Flipboard yesterday, the startup signed off with the line “We can’t wait to see what you create!”. The blog post had just finished outlining the re-launched social reading app’s newest features, the most prominent of which is the ability to re-share content you’ve found on the Web and make it part of your own “magazine.” You can add stories, photos, videos, or social media posts into various such publications with just the tap of a button within the app, or by clicking on a “Flip It” bookmarklet available for installation in your browser.

First off, let me say that this is a great feature and has immediately made Flipboard a much more compelling product, even if it does mean we are now going to get swamped with homemade “magazines” from people, and about things, that we don’t really care about. As ever with such user-generated content initiatives, a small percentage of these publications will be excellent while most will be forgettable. That’s fair play – Flipboard’s a platform, not an endorser, and you don’t have to follow anything you don’t like. You get out of it what you put in.

Flipboard, however, is being a little disingenuous in stressing that it looks forward to what we “create.” It is muddling an important distinction: the one between creation and curation. What Flipboard 2.0 allows is the latter, not the former. By sharing content, most of which is produced by someone else, in my digital scrapbook, I’m not building something new out of it or even remixing it – I’m merely gathering it in a pile and pushing it back it out to the world with my signature below it. I actually like that idea very much – “Here’s my taste, world; now worship it with your finger flips” – but to call it a process of creation is to unfairly aggrandize what is really a simple matter of selection.

Once we understand Flipboard as a curation app rather than a publishing app, then, we can see the real significance of yesterday’s announcement, and that is that it has moved out of the realm of “social news reader” and squarely into a space occupied by Pinterest. What Flipboard is calling “magazines” is what Pinterest calls “boards.” Each one is a space for people to show off their interests and taste, and to perhaps even build an audience around those things with no more effort than merely clicking on a bookmarklet. Pinterest says “Pin It!”; Flipboard says “Flip It!”. At this point, Flipboard doesn’t let users reorder the content in their magazines or add new content by hand, although those functions are in the works, according to AllThingsD. 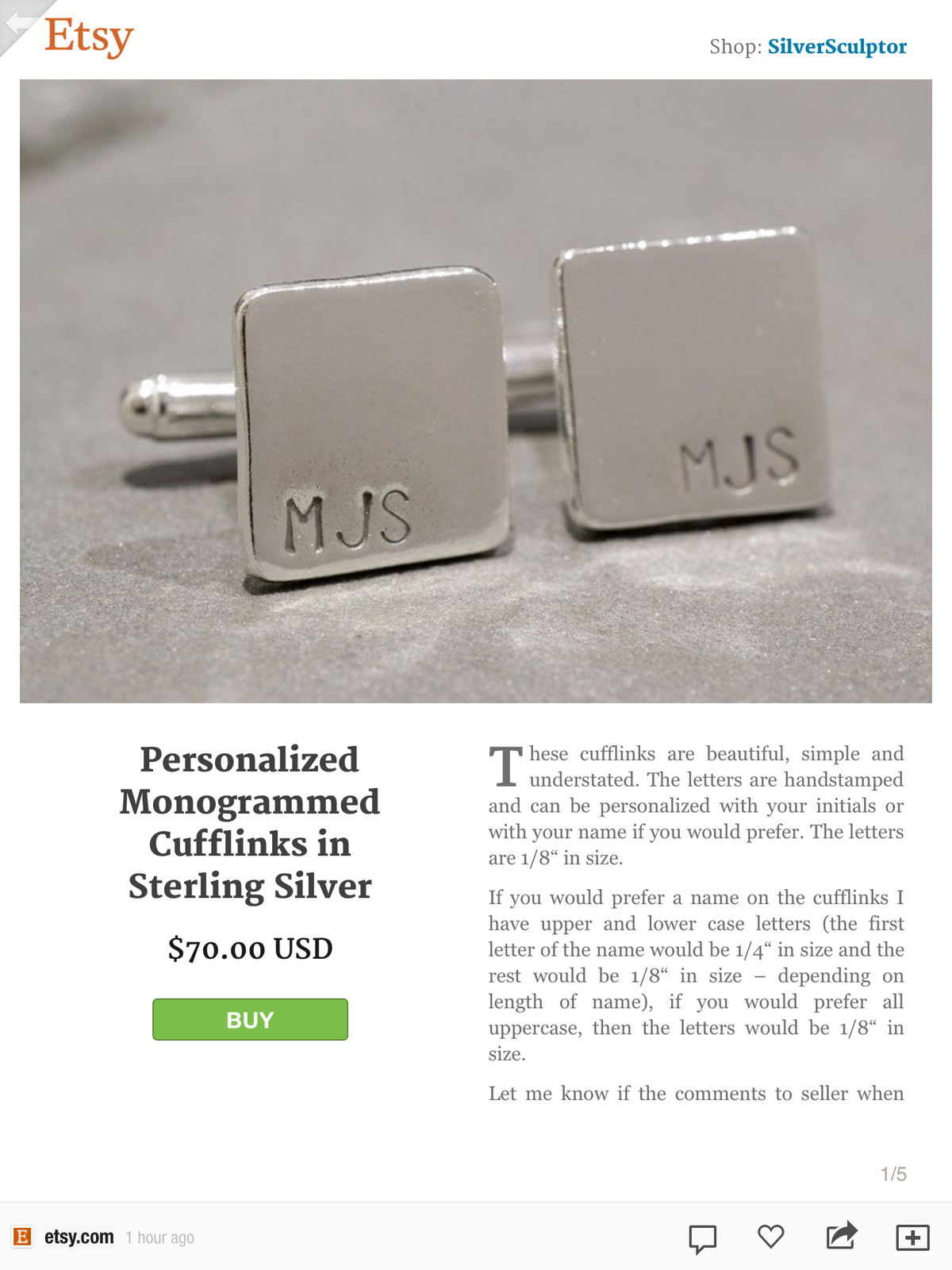 A page from Etsy's Flipboard catalog

Flipboard, which now claims 50 million users, likely shares the same business end-goals as Pinterest, too. It is positioning itself as a social shopping app that will take a cut from any online sales it drives, which is the model that industry watchers expect Pinterest to adopt. That approach is laid bare in the new Etsy “magazine” on the platform, which is actually more of a catalog. Flipboard CTO Eric Feng confirmed to Mashable that the company gets paid a commission that is higher than the standard affiliate’s referral fee for every purchase made in the app. Feng also said Flipboard might introduce a special “Shop” section on the platform. I’d say the chances of that happening are approximately 100 percent.

I applaud Flipboard’s vision and the new product. Anything that encourages more reading and engagement with social content while producing it in a beautiful and easy-to-use form should be praised. That Flipboard might be able to do all that while making a lot of money in the process is cause for celebration. Great product, good company, and a potential money-spinner: well done.

At the same time, however, Flipboard’s insistence on renaming these acts of curation as “creation” and labelling the scrapbooks “magazines” is somewhat discomforting. It’s not so much allowing users to create their own magazines as it is letting them “reblog” existing content, much of which other publications and companies have paid to produce. In that sense, Flipboard also belongs in the same domain as Tumblr, Paper.li, Zeen, and even Waywire, which is trying to do the same for video.

David Jacobs, co-founder of micropublishing platform 29th Street Publishing, expresses similar concern about Flipboard’s nomenclature. “When we blur the line between blogging or reblogging and publishing a magazine, what we’re doing is we’re further muddying people’s understanding of how much it costs to actually produce great content and what the value of it is, and also people’s understanding of what they lose when they give it away for free,” Jacob says.

Real magazines – be they in print or digital – produce original content that is expensive in its own right, and then they have to pay for their overhead, Jacobs notes. Flipboard's new definition of "magazine" does a disservice to the genuine articles, and the publishers who invested in them, even if it looks fly in the process.

"It's a wonderful repackaging of old ideas," says Jacobs, "it's just not publishing a magazine."