How to do a face transplant

The last story I wrote before joining PandoDaily was about the world’s most extensive face transplant, performed by surgeons at the University of Maryland Medical Center in Baltimore. The transplant was an incredible achievement and continues to be a success.

Richard Norris, the 37-year-old recipient, had spent 15 years behind a mask after a 1997 gun accident destroyed his nose, lips, and most movement in his mouth. Since last year’s 36-hour operation, however, he has staged a remarkable recovery that his doctors say is “way better than expected.” Norris is at home in Hillsville, VA, and doing well. As well the aesthetic success of the operation, he is in a “superb” state of mind, they say. Norris has sensation in his teeth, can feel touch on his face, and responds to temperature, pressure, and pain. He is also speaking well, if slowly. While he ingests some of his food via a gastric tube, most of his nutrition now comes by mouth.

As much as Norris’ story is a hugely significant medical achievement, however, it is also a triumph of technology. Dr. Eduardo Rodriguez, associate professor of surgery at the University of Maryland School of Medicine and head of the transplant team, says new technology was “absolutely critical” to the operation.

Recently, I sat down with Rodriguez to learn exactly how the surgical team used new technology to perform one of the world’s great medical successes. Rodriguez, who sat at a desk cluttered with papers and coffee cups while skull molds looked down at us from a bookshelf, said tech that was developed in only the last couple of years came to bear on four key steps of the operation. “These are huge advances in facial reconstruction,” he said. Those steps are as follows.

1. Use dye and a monitor to see if blood is flowing correctly 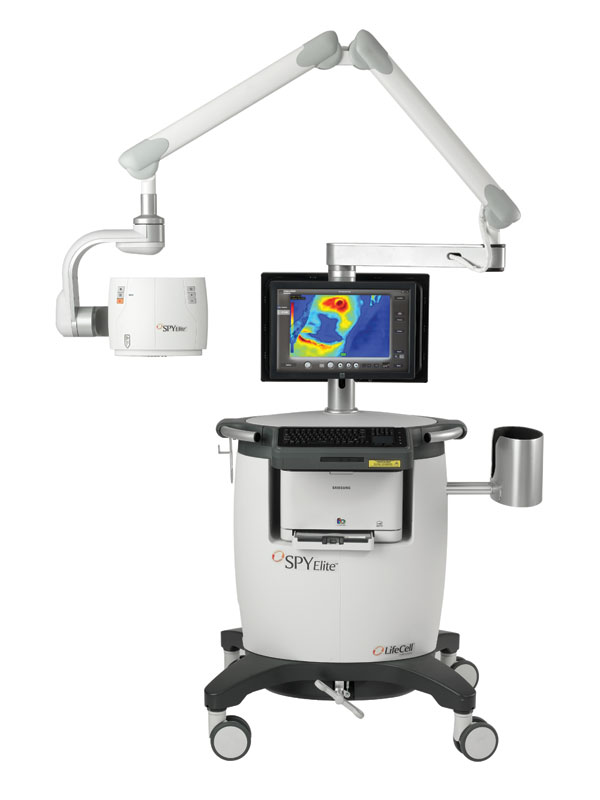 Tech first came to play in the operation with the angiography, in this case an intra-operative injection that would confirm blood was flowing correctly in and out of the facial tissues before and after the transplant. The angiography was performed by positioning a special camera over the recipient’s face and then tracking the movement of indocyanine green – an intravenous contrast material – within the blood vessels. The process was repeated after the surgeons lifted the face off the body, but while still connected to the blood vessels, to make sure blood was flowing in and out of the main channels. It was then done a final time 48 hours after the transplant to check that everything was okay.

The camera, a LifeCell SPY Elite System, is about the size of a lunch box and is attached to an arm that leads to a computer. Doctors watched the computer’s monitor to see the dye moving through the tissues. The LifeCell Corporation partnered with Novadaq for the SPY imaging. 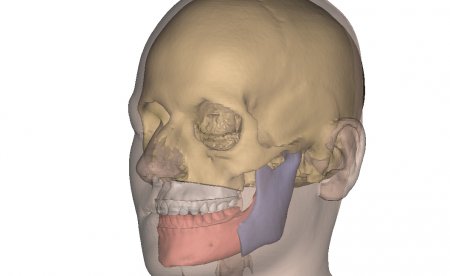 An example of 3D skull imaging

The surgeons already had a 3D model of Norris’ skull – one generated by software and one made of plastic – so they knew his defects and what needed to be fixed. Ahead of the operation, they were able to do a computer simulation of the transplant to see how elements of the skull fit together. That way they knew where they would have to burr the bone for a smooth fit. “It’s basically carpentry,” Rodriguez said.

To do the simulation, the surgeons met in an online meeting with a biomedical engineer, who diagramed the whole process in 3D. Then, when the donor’s face became available, the surgeons had 24 hours to see how it would fit with Norris’ face – where it was too wide, too narrow, and so on. Once the plan was complete, it was uploaded into a computer so surgeons could refer to it in the operating room.

The surgeons used Synthes ProPlan CMF Connect to perform the simulation and do the skull diagramming, and the software was powered by Materialise. 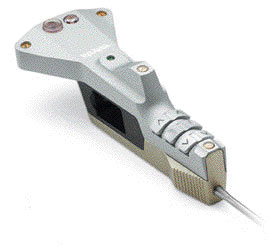 Surgeons used a tracker similar to this one

Each skull skeleton has its own roll, pitch, and yaw, so when doing a face transplant surgeons need to see how everything lines up exactly. To do that, the University of Maryland surgeons used a tracker that was stuck into the recipient’s skull. That tracker acted as an antenna, sending information about the skull to a monitor so a surgeon could mark the skeleton with a surgical marking pen. Once he made the mark, the surgeon could make the cut exactly as planned the night before. 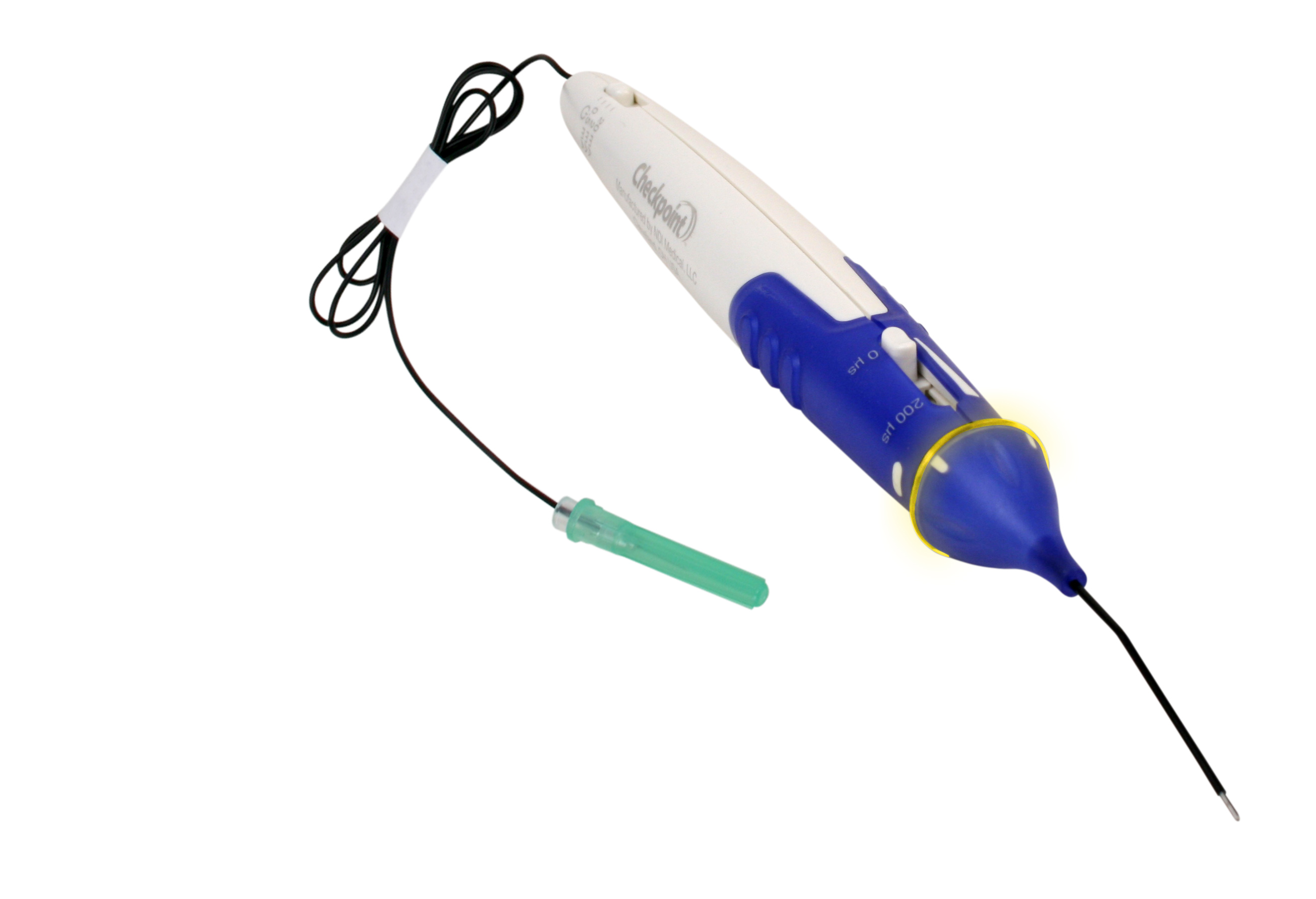 Until recently, the only nerve stimulators available to surgeons would fatigue a nerve upon repeat stimulation. But for the operation, the University of Maryland surgeons were for the first time able to use the Checkpoint Stimulator, which uses an indirect current so that a nerve will be preserved no matter how many times it is touched. The Checkpoint Stimulator helped the surgeons identify specific nerves that connect with specific muscles, so Norris could regain full function in his face after the operation. Prior to removing the face entirely, the surgeons used the device, which is a bit wider than a pen, to locate the relevant nerves. They then “tagged” the nerves with color coded sutures, so when the new face was put in place they could connect the right nerves accordingly. So now, when Norris tries to smile, he actually smiles.

And, given the success of the operation, Norris is likely now smiling a lot. 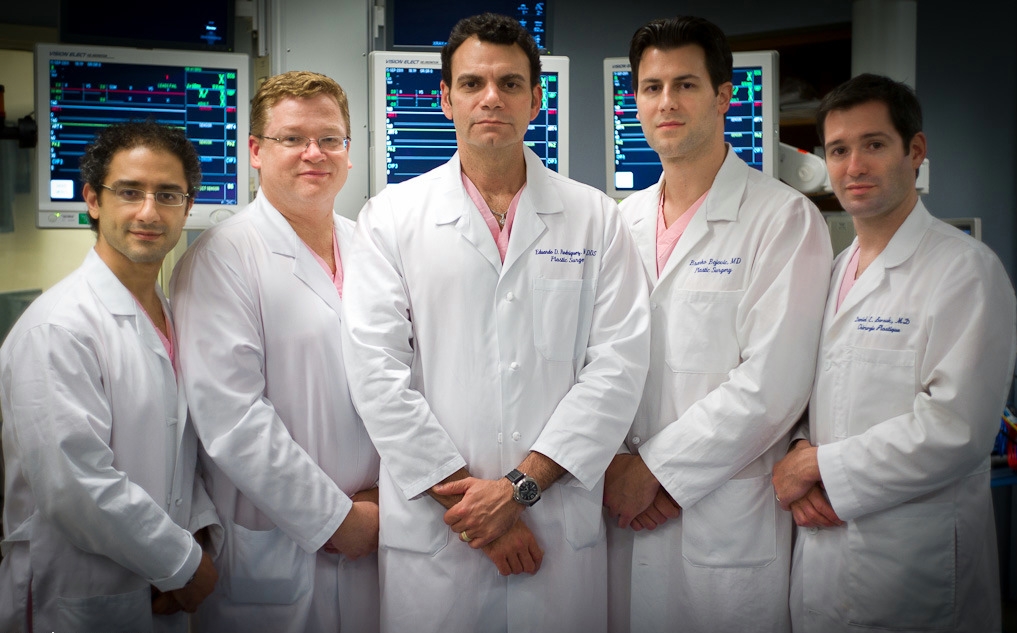