For a decade, Burt Herman covered conflicts, natural disasters, and other turmoil as a foreign correspondent for the Associated Press. His reporting took him to wars in Iraq, Afghanistan, and Macedonia, as well as to a revolution in Georgia, the grisly Beslan school siege in Russia, and post-tsunami Indonesia.

But then, noticing a new media future unfolding back home in the US, Herman turned his back on writing the first draft of history from lands afar. After spending a year at Stanford on a Knight fellowship for journalists – and a brief, unsuccessful attempt to modernize the AP – he set to work on building a startup that not only brings journalism into the social media age, but also places social media at the heart of journalism. In 2010, he co-founded Storify, which allows curators to compile and augment stories by embedding posts from social media sites in a timeline that can be continually updated. 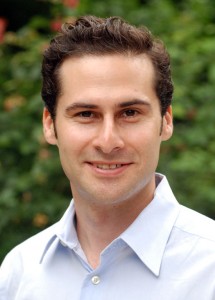 Last week, Storify announced the first steps in its plan to become a profitable company, unveiling a VIP product that lets media organizations customize its tools and use the platform for live-blogging. It also revealed that the BBC would be one of its first paying customers.

To push the new product, Herman was in Washington DC on Friday, which gave me a chance to talk to him about social media’s role in journalism today, what compelled him to end his career as a foreign correspondent, and how life as an entrepreneur differs from life as a reporter.

PandoDaily: After 12 years of foreign reporting and having this exhilarating lifestyle covering history as it unfolded in various countries, why did you decide to give that up?

Burt Herman: There was definitely something of a personal aspect to it – wanting to come home, and realizing that I have a real life, I can’t always be on call to run off to a revolution or an earthquake or something like that. But also really just feeling detached from everything that was going on in media. We had the Web, the Internet, social media, smartphones, broadband, all these things were changing how journalists were working, and it was clearly disrupting newspapers who didn’t seem to know how to deal with it, or grasping onto the old world and hoping all this Internet stuff would go away. I thought it just seemed like an amazing opportunity.

So did you see your path back into the more connected world as being through entrepreneurship, or did you think it was going to be something else?

I wasn’t actually sure if it meant going to work for an existing company, or going back to the AP, where I worked for a long time, or doing something new. I really struggled over it, trying to figure it out. I did go back, briefly, to the AP after doing the fellowship but found it challenging trying to bring new ideas to a conservative, large organization. I was one person, and I wanted to apply all these things that we always talked about – prototyping, not being afraid to fail, collaborating between different departments, and the kind of tools of innovation that are taken for granted in Silicon Valley – but it was challenging to apply that in a huge organization, so I decided to take a chance to do something on my own.

Did you ever think you would make a move like that? I mean, the mindset of a journalist is, I would say on the whole, quite different from the mindset of an entrepreneur.

Yeah, I wouldn’t have been brave enough to just do it point blank if I hadn’t had a year to do the scholarship at Stanford and re-integrate myself back into things, and just have so many people who say, ‘If you’re not going to take a chance to do something on your own, who will?’... I felt like, if I don’t do it now, I don’t want to be looking back when I’m 65 and say, ‘Oh, I could have done a startup but I was too afraid to do it.'

And why build something around social media?

When I was an undergrad, people didn’t have laptops, wifi, or Facebook, but [back at Stanford] in 2008-2009, everyone was sitting there looking at Facebook when they should be listening to lectures... I was thinking, ‘How can we make the news and journalism as fascinating as social media is?’ And then you’re thinking as a journalist, too. I always wished I could eavesdrop on people and find out if stories are happening and what’s going on, what am I missing, where is the information? As a journalist, you want to be plugged in, see what’s going on. Well now you can actually plug into that, see in real-time normal people, what they’re talking about, what they care about, and find stories that might otherwise go undiscovered. Why would you not want to think of ways to bring that into journalism?

Just last week, you finally announced your grand plan for how you’re going to monetize this.

The start of our grand plan, yeah.

So the central plank to it is this enterprise product that lets media companies have a native experience with Storify. Was that the plan from the start or was it something you came to realize as you built the product?

We had been listening to what people had been doing and seeing that it actually had uses beyond journalism and straight news. I was here in Washington meeting with the State Department and the White House, and they’re using it to tell their stories. We have brands using us, we have people doing things that way. So it was realizing we can do things to serve them.

What do you think about the role of curation in the future of media?

We actually don’t like to use the word ‘curation’ publicly, because I don’t think normal people know what that means. [Laughs] It is a very hot word maybe in Silicon Valley and tech circles, but when I talk to journalists I always have to be like, ‘Actually, curation – it’s really what you guys have always done.’ It’s taking a lot of information, pulling out the relevant parts of it, giving context, and telling a story. That’s important to remember.

You’ve been having all these discussions with media organizations – how hip do you think they are to the idea of social media being a central part of their reporting?

They have a lot of people who are very forward thinking. Still, though, it’s often [the case that] the social media thing is the person who does the Twitter and Facebook account, and it’s usually separate from the main, serious reporting staff. People do need to realize that all media is social now and you should incorporate that into everything you do.

What do you miss about being a foreign correspondent, and what don’t you miss? And what does entrepreneurship give you that journalism could never have given you?

I miss seeing history happening and traveling to exciting places. It definitely is a rush to do that. Being able to write; it’s very creative to do that. I don’t miss editors waking you up at four in the morning to write something that may or may not make any sense; and not being able to make plans because you might have to rush off somewhere. But doing a startup, too, you’re always on call and you can have crises happening at any time.

Doing a startup, it’s just much more open, which is also the scary thing about it all. As a journalist you know, ‘Okay, I go to this place, I write a story, I send it in, an editor edits it and it goes out, that’s it. Tomorrow I do the same thing again.’ Whereas a startup, you have no idea what you should be doing, because hopefully you’re doing something that nobody has done before.