Just.me goes "global first": A Silicon Valley startup that looks beyond the US

Just.me officially launched in beta yesterday. It’s available in the iPhone App Store now. Its creator, Keith Teare, hopes it will take over your social sharing and messaging activities, and a good chunk of your email. The app lets you upload photos, videos, and messages for sharing with selected friends, the public, or just yourself, and its pulls in contacts from your phone’s address book. But what was most interesting about the launch wasn’t the app itself, which we already knew about, but how it was released.

I wrote about Just.me in-depth in January, when it launched in private beta, so I’m not going to go into its functionality, features, and design, except to say that on a usability level it is a worthy competitor to any other messaging or social sharing app on the market – as it should be, considering its $4.2 million of venture backing from Khosla Ventures, True Ventures, and Google Ventures, among others. Instead, I want to make brief mention of the startup’s roll-out strategy.

Teare has said that he believes the US is no longer the center of the world when it comes to the Internet, and that the world is pretty much borderless when it comes to mobile. (That's a view, by the way, shared by Kik founder Ted Livingston.) The interconnectedness of the world now, he argues, means that a regional mindset cannot prevail. And so he has launched Just.me with a global outlook. 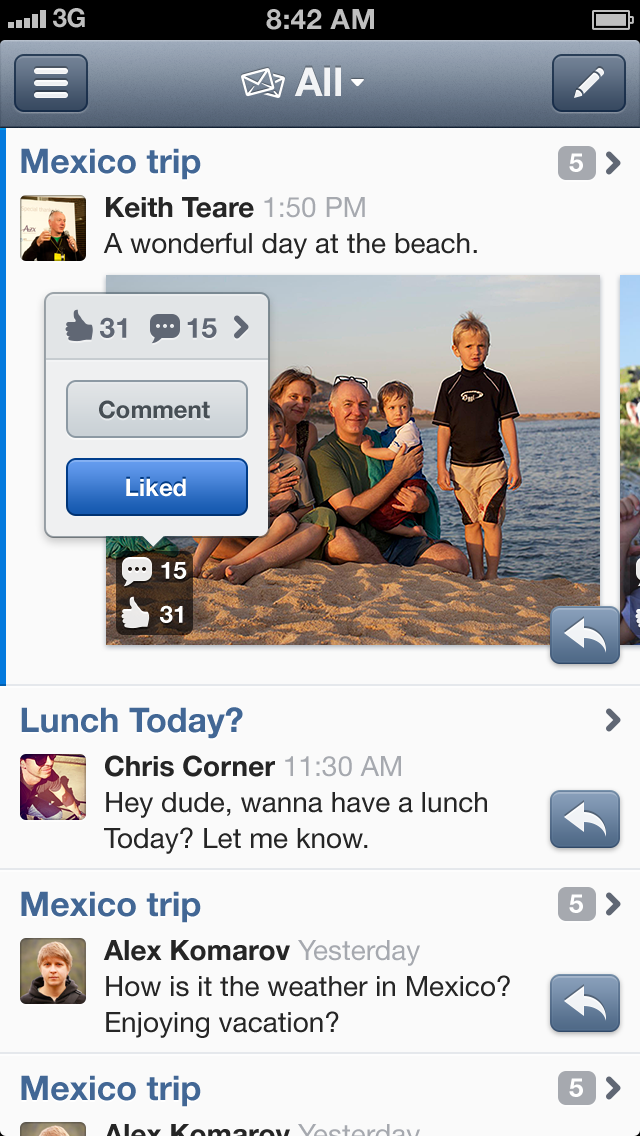 Yesterday, we saw how that vision unfolded. Just.me went out in 32 languages – the sum total of the number of languages supported by the iPhone – and was available in all 155 App Stores around the world. In a 24-hour period, it first went out to Russia, then the Middle East and Europe, then South America, Mexico, Australia, and finally to Asia, going live in China, Taiwan, and Singapore at about 9.30pm last night, Eastern Standard Time. Just.me marked each launch with an online press event.

Despite an app store infrastructure that supports relatively easy global roll-outs, and the borderless nature of mobile communications, surprisingly few other startups have taken the global-first approach, perhaps because of conventional wisdom that suggests its best to focus first on their home markets, which are easier to understand.

Teare is essentially betting that the mobile messaging space – or mobile social networking space; the two are blending together – is going to be a zero-sum game, just as social networking in the Web 2.0 era turned out to have one dominant global player, Facebook, who have ruled at the expense of players that dominated in specific pockets of the world, such as Cyworld in Korea, Mixi in Japan, and Orkut in Brazil and India.

Not all of Just.me’s competitors agree that there will be only winner. There are enough regional differences, and the opportunities in the trillion-dollar global communications market are numerous enough, to justify the existence of several strong players, some argue. Nimbuzz, for instance, is happy building its bulwark in India and the Middle East; Line is kicking ass in Japan; KakaoTalk owns South Korea; and Tencent’s WeChat is unstoppable in China.

“So far all of the messaging apps that have made it have made it in regions,” Teare says. “There really isn’t such a thing as a global winner yet in this space.” By launching simultaneously in 155 App Stores and in 32 languages, Just.me wants at least to remove all the obstacles to becoming a global app, Teare says.

There’s just one thing about Just.me’s global ambitions that doesn’t quite smell right. For now, the app is still not available for Android, the mobile platform that dominates in almost every market except the US. Until that happens, it’s not really a global app at all. But that will change. An Android beta is due to arrive in six to eight weeks.