EXPLAINER: Everything you need to know about MOOCs

What is a MOOC?

There are many barriers that might prevent you from taking a class. Maybe your application to school was rejected. Maybe you can't afford it. Or maybe you attend school, but are always waitlisted for the best classes taught by the smartest, best-looking professors with the coolest accents.

But MOOCs, which stands for Massive Open Online Colleges, aim to remove these barriers by delivering educational experiences to virtually anyone who wants to take a course, with no limit on attendance. Hence "massively open." This is accomplished by making all course materials (lectures, readings, discussions) "online." (See where we're going?) Of course within that overarching definition, there's a lot of variation and different approaches. But at its core, a MOOC is any online course or curricula with a very low barrier-of-entry that is accesible to virtually anyone in the world.

NOTE: Not to be confused with "mooks," which are incompetent characters in film or television that add little to the story. So to recap, this is a MOOC: 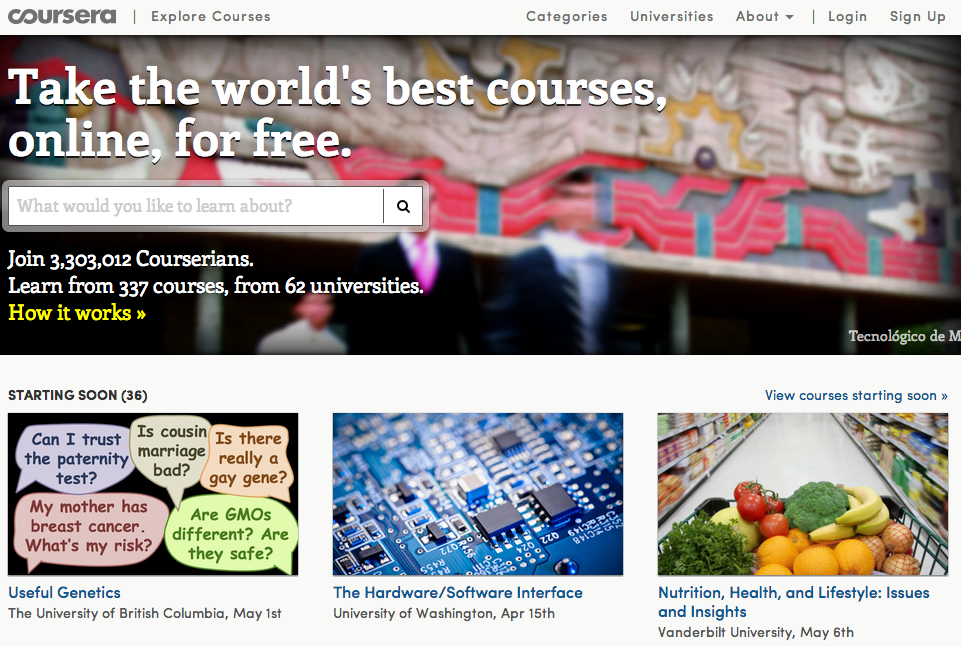 This is a mook: 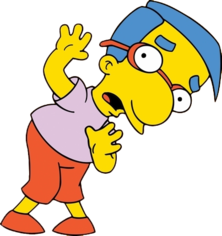 Still confused? Here's a pretty thorough video explainer written and narrated by Dave Cormier who, you know, only invented the word MOOC:

Well, no it's a bit more complicated. Beyond the basic definition, there are some common traits that, while not required, are shared by most MOOCs. For example:

Wait, you don't get college credit? So why choose MOOC?

Two big reasons: College is getting more and more expensive, and Bachelor's degrees are becoming worth less and less (though statistically you're still much better off having a four-year degree than not having one).

Every one knows the stories about great developers and entrepreneurs who didn't go to college (That Steve Jobs guy did alright). But a lot of this evidence is circumstantial and case-by-case. Meanwhile, for all the attractive statistics about MOOCs, we don't have much data on how MOOC-heavy students have fared in the job market. Maybe the sample size isn't big enough yet. Although millions of people have taken an online course, MOOCs have a completion rate of less than 10 percent.

Will you ever be able to get a real degree from MOOCs?

Some MOOCs offer credit for their classes through partnerships with physical universities. San Jose State has partnered with Udacity to offer for-credit online-only classes, but these offerings strain the definition of MOOCs, capping some classes at 1000 students and costing $150 apiece (though that's still pretty cheap considering the school's yearly undergraduate tuition fees are $7,089 for the 2012-13 school year).

That said, university professors who teach Coursera courses told the Wall Street Journal in February that they have no plans to award credit to students who complete MOOCs. Edward Rock, director of open course initiatives at University of Pennsylvania, called the idea of achieving an entire degree through MOOCs "kind of a silly nightmare."

Maybe so, but "silly" and "nightmarish" doesn't mean impossible. Last January, Arthur C. Brooks wrote an op-ed in the New York Times describing how he cobbled together a degree through various online and "mail correspondence" courses offered by accredited universities. It wasn't easy, but for $10,000, you can't beat that price.

Even if we get to the point of widespread adoption and accreditation, there are some inherent problems with distance learning. These include at-home distractions, lack of experience with virtual courses, and technological barriers. It's no wonder less than 10 percent end up completing a class.

So if they're free, how do MOOCs make money?

Ummm... well, you see... Oh look! A cat dressed as a shark on a Roomba chasing a baby duck!

What were we talking about? I don't remember either. Oh, money. Yeah well, no one's really sure about that yet. Organizations like Coursera and Udacity are funded by venture money. In response to the cash question, Udacity co-founder Sebastian Thrun told the Wall Street Journal that the industry is in a "state of experimentation." In the same article, Dave Cormier who coined the term MOOC, put it more bluntly: "Nobody has any idea how it's going to work."

Beyond venture funding, MOOCs like Udacity earn money from companies like Google and Autodesk in return for sponsored courses and referrals.

So who should I be paying attention to?

Some of the big players, to name a few:

Last week, Brian Whitmer wrote a great post here called "Let's broaden the MOOC Experiment." In it, he argues that we've barely scratched the surface of what a MOOC can be, and he calls on organizations working in this space to "explore a range of pedagogical models instead of just delivering the standard lecture digitally." He also proposes taking the "m" out of MOOC by capping enrollment, and considers bringing this model outside the university mold to high schools and even elementary schools.

We don't know if MOOCs will ever serve as a suitable replacement for a college degree. But as employers continue to care less about credentials and more about what you know and what you can do, MOOCs and other alternatives to traditional learning can only stand to benefit.