The IDC has released its quarterly report on the global tablet market, quantifying the rise -- or fall -- of 7-and 10-inch devices around the world. Given how important tablets are becoming to mobile computing, the rate at which they are replacing desktop and laptop PCs, and all the hullabaloo around graphs and charts and what-have-you, I figured it'd be good to gather four key takeaways (with charts!) and present 'em to you, Cliff Notes style. Here goes:

The tablet market doesn't look like the smartphone market after all.

Yesterday, in response to BlackBerry CEO Thorsten Heins' claim that tablets would become passé by 2018, I wrote that "Apple and Samsung have already seized the smartphone market, with the two companies controlling most of the industry’s marketshare, revenues, and profits – it wouldn’t be a surprise for them do the same with tablets." As it turns out, Apple and Samsung are nowhere close to being the only companies doing well with tablets: 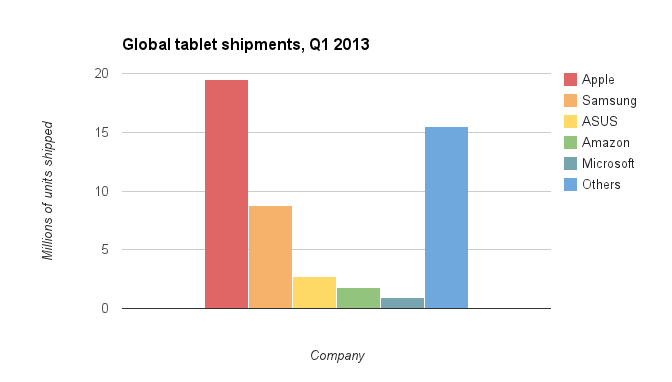 But that doesn't mean there isn't an "iPad market." 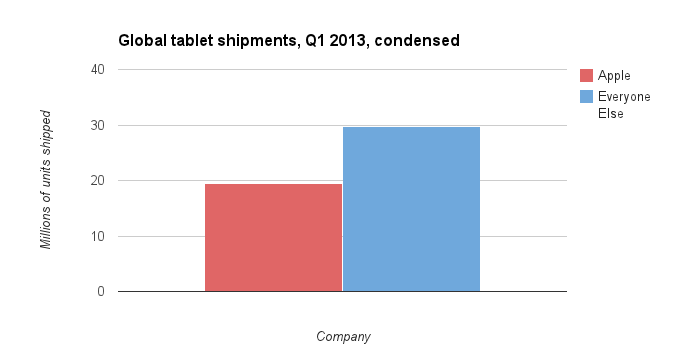 Only 1.8 million Windows 8 tablets were shipped during the quarter.

The IDC claims that 1.8 million Windows 8 tablets have been sold during this quarter. That's just over one-tenth of the shipments of tablets running iOS -- and that counts just the iPad and iPad mini, compared to the Surface RT, Surface Pro, the ATIV Tab, and products from both Lenovo and Asus: 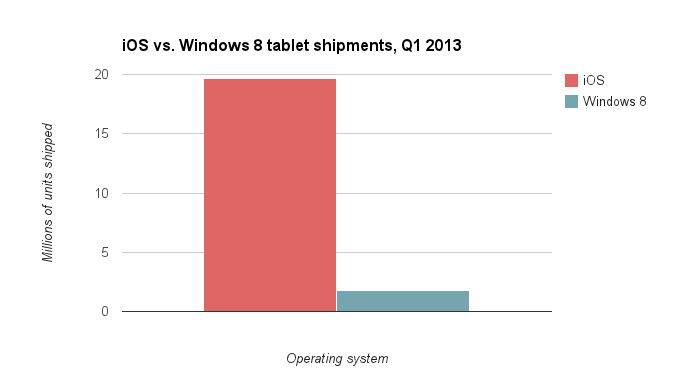 And half of those sales came from Microsoft. 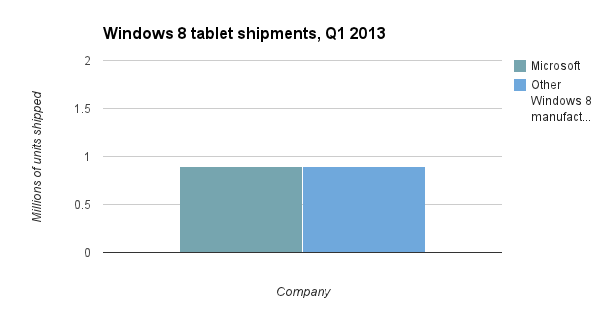