Xero: A billion-dollar software company that had five years in stealth at the bottom of the planet

Xero, a cloud-based accounting company that has so far raised $67 million in venture capital, had one hell of a stealth period. By spending its first five years operating only in New Zealand, the company was able to not only build up a strong product – “The Apple of accounting,” as its marketing line goes – but also test it on a sizable market of paying customers, all while evading the attention of legacy competitors. Now, as it is making a serious push in the US, Xero suddenly looks like a major threat to Intuit’s QuickBooks, the dominant player in accounting software, which is attempting to transform itself into an online business.

But that protracted “stealth” period in a quiet southern corner of the planet is not the only thing that’s unconventional about Xero. Because New Zealand’s venture capital sector is so undeveloped (read: barely existent), Xero’s founder and CEO Rod Drury had to think of creative options to raise money for the company. While the biggest venture deal possible in New Zealand at the time, 2007, was about $2 million, Drury had grand plans for Xero from day one. Fresh from selling his company AfterMail to Quest for $15 million in cash, he wanted to hire 50 people from the start and decided the company needed $15 million. He didn't want to raise money from Silicon Valley VCs because he didn't want to face the pressure of quickly selling the company to a large company, so he instead decided to list Xero on the New Zealand Stock Exchange.

The ploy worked. Xero got its $15 million, Drury set about building the company, and now, six years later, it has also pocketed major investments from Peter Thiel's Valar Ventures fund and Matrix Capital, the most recent of which came in a November round that totaled $49 million. (Disclosure: Peter Thiel is an investor in PandoDaily.) That puts Xero's total raise, including its takings from the New Zealand stock market, at more than $100 million. The company now has 160,000 customers worldwide and last year pulled in $39 million. It has an annualized run rate of $51 million for this year, and its performance on the New Zealand Stock Exchange has already seen it reach a valuation of about $1.4 billion, a faintly ridiculous sum given that the company still hasn't turned a profit. 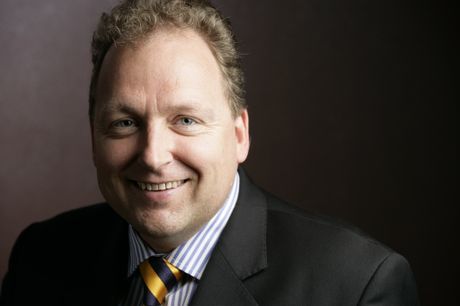 Rather than being a "change the world" kind of venture, Xero represents a calculated business move. Drury, a relaxed but enthusiastic interview presence who speaks in fast run-on sentences, theorized that the biggest monetization opportunity for an Internet was in serving small and medium sized businesses, which are willing to pay for products but were traditionally not well served by the first wave of software giants, such as the likes of Oracle and SAP, who focused on enterprise customers. For that SMB market segment, Drury believed accounting software was the killer app because it's a hard problem to solve but it is an important, if utterly unsexy, part of any business. In an attempt to take the gloom out of accounting, Xero has taken a design-driven approach, attempting to make the process of invoicing and bill payments beautiful. At the same time, Xero has built tools for accountants into the platform, which differentiates it from the likes of FreshBooks and Wave, who have also built compelling accounting products for small and medium-sized businesses. Xero has also opened up its platform to third-party developers and now hosts more than 200 add-ons through such providers. A deep integration with Box is on the way.

Drury, who at 47 is a seasoned veteran of tech, says working from New Zealand has been an advantage because Xero has access to the country's top tech talent, which comes at a bargain compared to Silicon Valley, and doesn't have to worry too much about losing them to the competition, but also because it has allowed Xero to develop deeper and more diverse relationships with countries outside of the US. By being based in a country of only 4 million people, Xero has also had to be globally focused from day one. Meanwhile, while American investors might first look askance at a company that comes from a tiny market in an isolated part of the world, any fears are quickly allayed by demonstrated knowledge and experience, Drury reckons. “Normally we are country bumpkins," he says of investor perceptions of New Zealand companies, "but if you know what you’re doing it’s very clear.”

Xero's global ambition and success in attracting top-dollar attention from the US have inspired some New Zealand entrepreneurs to also think big. Rollo Wenlock, the founder and CEO of video-editing platform WIP, says Xero has proven that being based in New Zealand is not necessarily a handicap for a startup. "It's like, 'I'm allowed to do that, that's possible,'" Wenlock says of Xero's bold global play. "You don't have to second-guess yourself." Drury's example has pushed Wenlock's ambitions higher. "If I'd done this five years ago, I might have been happy with a $5 million exit, and now I won't be happy unless it's at least a $100 million exit."

To Drury himself, the company's unfavorable geography seems scant impediment. Xero already has offices in Australia and the UK, and a year ago it set up shop in San Francisco, where it has 30 staffers. Drury plans to grow the San Francisco team to 200 employees within 18 months, which would make it roughly the same size as its Wellington headquarters. That office will play a very important role as Xero creeps towards the ultimate goal: an IPO.

Calling Xero a "global company that started in New Zealand," Drury says he plans to list on a US stock exchange once it reaches $100 million in revenue, which he thinks will happen in the next couple of years. Having already experienced an acquisition with AfterMail, he wants more.

“When you’ve already been acquired, that’s not your goal," he says. Gunning for the top is too much fun.