There's big data, small data, and then there's GoodData, a firm that makes it easier to digest all those numbers and statistics that are now (for better or worse) at a business' fingertips. And starting today, the company is bundling its data analysis software with Box so businesses that already use Box's cloud storage can also take advantage of GoodData's business intelligence tools.

Of course, few words in the modern business lexicon are more vague than "data" so we should ask: What flavor of data does this new app (called "GoodBox Bash") specialize in? And to what ends? Productivity and security.

"If you are a Box customer and you have lots of users," says GoodData CEO Roman Stanek, "You want to know what file is the most shared, and who downloaded what and when."

The service also caters toward organizations with multiple teams. It can map out the behavior of highly productive teams to help improve the productivity of less successful ones. 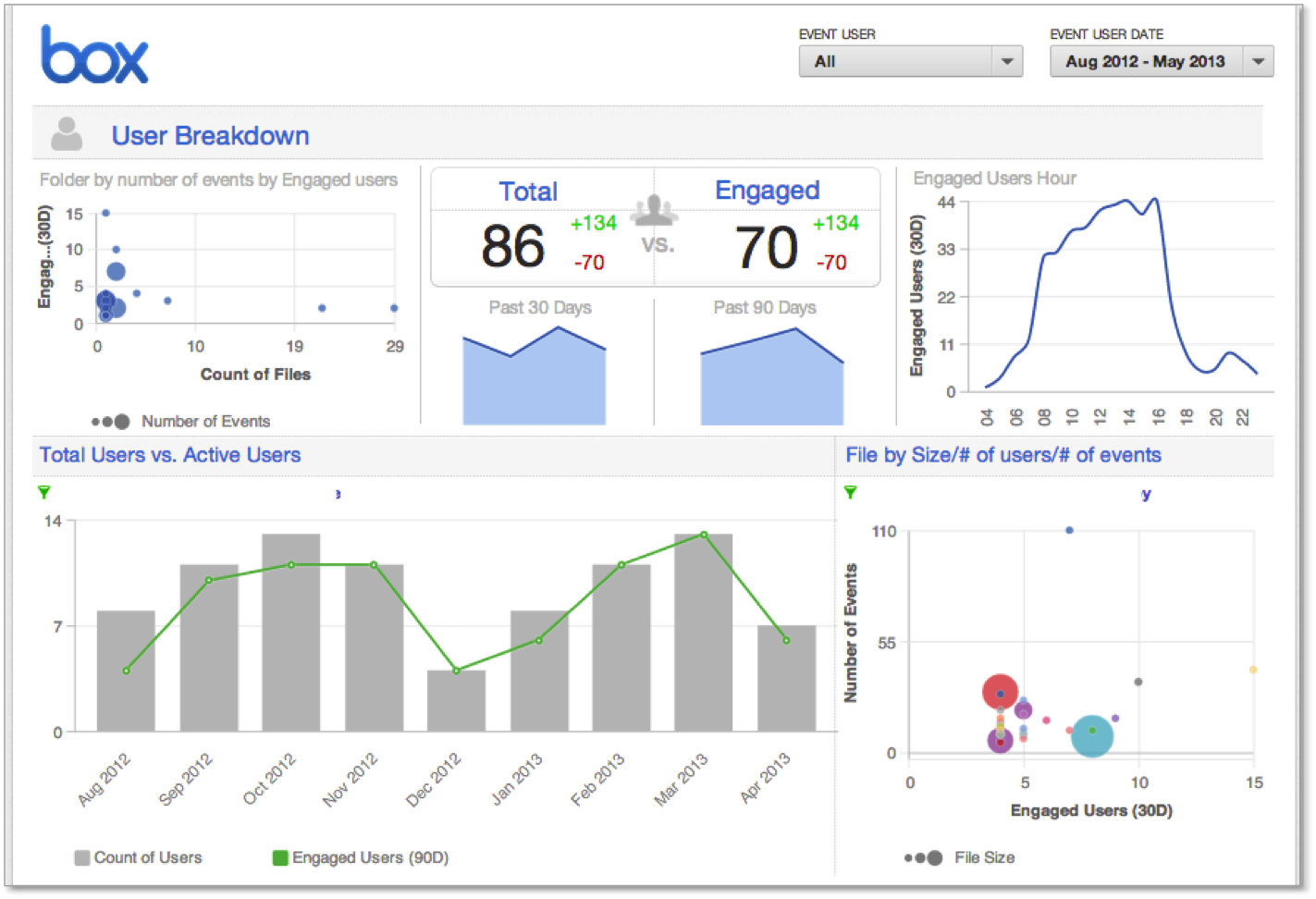 The Box partnership is in keeping with GoodData's customer acquisition strategy. By partnering with firms that already serve thousands of enterprise customers like Zendesk, Netsuite, and now Box, GoodData can to some degree avoid the tough decisions many enterprise startups face in choosing whether to target end-users or employers.

"It's much easier for startups today because, only 5 years ago, if you wanted to sell to enterprise, you'd have to sell your startup to (a big company like) HP," Stanek says.

As for how Box benefits, it's about more than offering customers a few new analytical tools, though Box CEO Aaron Levie did have plenty of nice things to say about GoodData in today's press release. (Something about "actionable intelligence" amid "a deluge of data..."). Stanek says GoodBox Bash offers a new way for users to engage with Box as a product, thus creating "better customers." But will customers who are only accustomed to using Box as a cloud-sharing service be ready to embrace GoodData's tools?

Stanek is confident that they will, though he admits it's not always easy to convince clients that "business intelligence" doesn't have to be limited to Excel spreadsheets. People like what they know.

[Disclosure: Andreessen Horowitz has invested in GoodData and Marc Andreessen is a personal investor in PandoDaily]