Number 8 Wire entrepreneurialism: How a cultural myth can inspire a country

It was March 1903 on a farm near the tiny town of Timaru in the South Island of New Zealand, and Richard Pearse, a humble farmer and inventor, was sitting atop a winged contraption made of bamboo, tubular steel, wire, and canvas. It bore a remarkable resemblance to the microlight planes that would be invented years later. Pearse was about to perform what some people would later claim was the world’s first airplane flight.

The experiment would produce a mixed result. Pearse got his flying machine off the ground, but he flew it for only between 50 and 350 yards before crashing into a hedge at the edge of his property. Nine months later, the Wright Brothers would make their famous maiden flight in Kitty Hawk, North Carolina.

There is much dispute about whether or not Pearse actually did achieve the world’s first flight. The inventor himself, for instance, claimed in two separate letters, published in 1915 and 1928, that he actually conducted his flight in February or March 1904, despite multiple witnesses asserting that it took place a year earlier, according to the Dictionary of New Zealand Biography. Pearse also said he didn’t achieve proper flight.

As far as New Zealand folklore is concerned, it doesn’t matter too much whether or not Pearse got the record. Just as important is that he embodies a national ideal of home-spun innovation, working with limited resources from a remote part of the planet to produce a new and brilliant contraption that deserved the world’s attention, even if it didn’t get it. Pearse is one of the most prominent examples of a strain of New Zealand culture that has become an indispensable part of the national psyche, one that speaks to impulses both creative and adaptive, an attitude and aptitude that put “make do” on a pedestal and  stubbornly refuse to concede defeat to the way things are normally done.

This “Kiwi ingenuity,” as it is called by the locals, has been a constant refrain in conversations I’ve had with people in the startup and tech communities while in New Zealand these past couple of weeks. Entrepreneurs, engineers, and investors hold up the “find a way to get it done” approach as one of the country’s advantages as it attempts to send its products and ideas out to the rest of the world. The idea provides motivational fuel for aspiring entrepreneurs who hope that the country’s isolation, small population (4 million people), and relative lack of resources won’t handicap them too much when pitted against better-heeled contemporaries from more mature markets in the United States or Europe. It gives them an excuse and a justification for attempting to make themselves exceptional in a culture that is generally suspicious of people who get too far above their station; a culture for which the ego-leveling “Tall Poppy Syndrome” is still a key organizing principle.

If you’re a New Zealander, you can’t get through high school without having the words “Kiwi ingenuity” stamped in indelible ink on your consciousness; you can’t escape the cheery sloganeering of the “Number 8 wire” mentality, a phenomenon named for a type of fencing wire that farmers often used to hack fixes for other things – hooks, ties, aerials, and anything else for which a bendable piece of metal thread might come in handy. A venture capital firm, No. 8 Ventures, has even named itself after the trope. Whether or not that trope is reality is seldom questioned; it is instead assumed true. Small, isolated countries are fertile breeding grounds for cultural myths.

The “Number 8 wire” mentality, however, did receive one prominent endorsement from an outsider during my interview tour. Sebastian Sylwan, chief technology officer at Weta Digital, the visual effects studio responsible for the computer graphics in such blockbusters as the “Lord of the Rings” movies and “Avatar,” believes that Kiwi ingenuity is “quite real.” Weta Digital, for instance, prides itself on cracking the problems no-one else has been able to, says Sylwan, an Argentinian who arrived in New Zealand by way of Italy and Hollywood. That trailblazing is a result of being challenged by director Peter Jackson to take on very difficult problems. The prevailing attitude in Weta, Sylwan asserts, is "Let’s find a way to solve it by whatever means possible."

He held up an example of how Weta managed to create highly realistic digital renditions of subtle creases, wrinkles, and skin texturing in a human face by using a high-resolution scanner to scan a thin layer of a face mold that had been cut open, laid flat, and then covered with a liquid that highlighted all its nooks and crannies. The team initially had trouble finding a scanner that could pick up on the fine details, only to later find a university professor in Auckland, New Zealand’s largest city, who had hacked a sophisticated machine so that it could scan at an even higher resolution than it was designed for.

Peter Jackson himself, in fact, is another role model for the “Number 8 wire” tradition. For instance, 1987’s “Bad Taste,” his first feature film, was made on a budget of about $200,000 and shot on weekends over the course of four years, primarily so the volunteer actors – Jackson’s friends – could find time for the shoots. A schlocky and gory precursor to the blockbuster films that would later make the “Lord of the Rings” director internationally famous, “Bad Taste” boasted homemade special effects and props, including weapons made of aluminum tubing and masks that were baked in Jackson’s mother’s oven.

Aside from filmmaking, there is a perhaps surprising number of Kiwi inventions that fit neatly into the Number 8 wire tradition. Take, for instance, the  Martin Jetpack, which could well be the world’s first commercially viable means of attaching rocket thrusters to your body in order to fly. Then there’s the jetboat, designed by New Zealander Sir William Hamilton to navigate the country’s fast-flowing and shallow rivers. In a similar vein, there’s the blokart, a compact land yacht that folds away for easy storage. The electric fence; zorbing; a high-speed amphibious vehicle – all New Zealand inventions. A New Zealander, Ernest Rutherford, was the first person to split the atom. Arthur Lydiard, a Kiwi running coach, invented jogging. 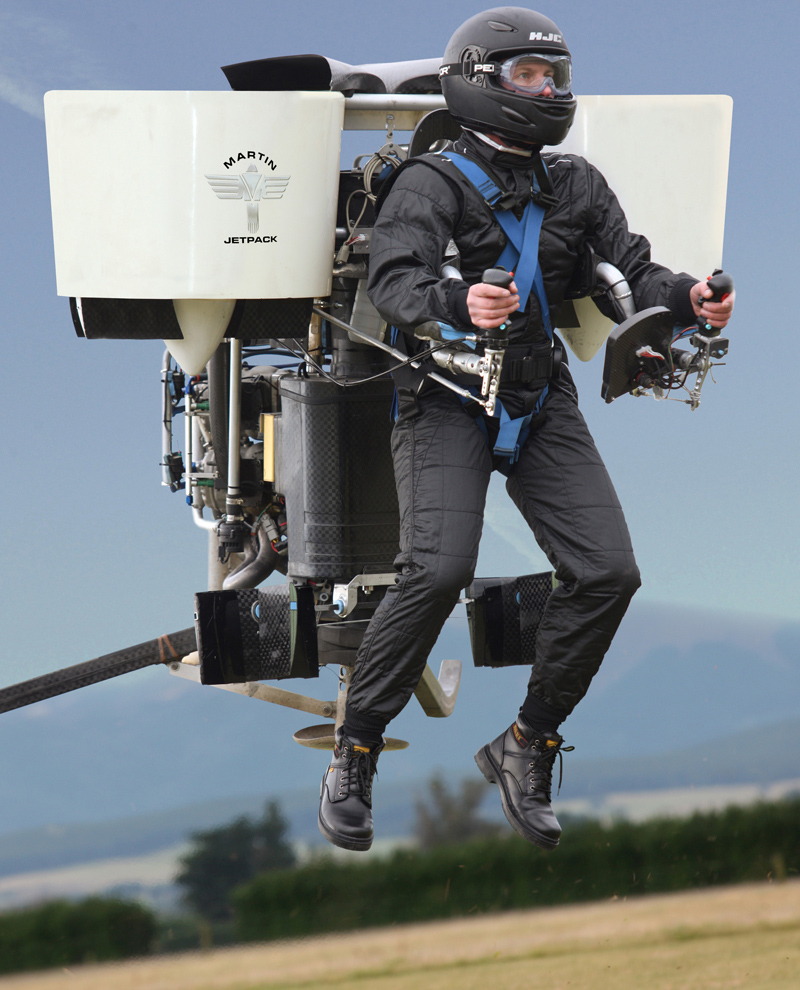 The Number 8 wire attitude does filter down into New Zealand’s startups, and it is an approach of which they are proud. When accounting software company Xero got started, it knew it couldn’t rely on significant investment from the country’s cash-strapped venture capitalists, so it instead decided to go public on day one, raising $15 million in the process. Bootstrapped Wellington startup Gamefroot has built an easy-to-use game-development application entirely on Wordpress, a world first. The participatory democracy startup Loomio created an open-source decision-making app while paying its founders minimum wage and setting itself up as a co-op that refuses to trade equity for investment.

In recent months, however, some New Zealanders have expressed skepticism about the Number 8 wire meme. Business commentator Rod Oram recently told Fairfax NZ News that the expression of Kiwi ingenuity is more a case of improvisation than innovation. Cobbling together makeshift solutions from metaphorical (or actual) pieces of wire is admirable but not commercial, Oram argued, and not “scalable and replicable” enough to arm business-oriented Kiwis with the ability to take on the world.

Even if the Number 8 wire mentality is a myth, however, it is a useful one. As much as it is important for this country’s inhabitants to have role models who have outsmarted their international counterparts, it is equally useful for entrepreneurs and innovators to believe that they are part of a culture that has a gift for lateral thinking. When it comes to creating something out of nothing, belief is key. It matters little that such a belief might be based in part on something that is a figment of the collective imagination.

Today, near the site of Richard Pearse’s old farm outside of Timaru, there is a modest monument sitting beside a green pasture. It is a replica of Pearse’s flying machine, parked atop a pole that is mounted on a simple stone foundation. Only a small plaque tells the story of what happened there:

“This monument commemorates the first powered flight to be made by a British Citizen [which all New Zealanders used to be] in a heavier than air machine. Most evidence indicates this flight took place on 31st March 1903 and ended by crashing on this site.”

Those words perhaps undersell Pearse’s achievement, but they speak loudly enough to inspire any enterprising New Zealander who dares to push their ideas out to the world. The hope is that this century, if a Kiwi ever again flies that high, their legacy will be marked by more than an almost-forgotten monument that stands alone in a loose-gravel roadside rest area.