Marc Andreessen and Ben Horowitz have been trying to expand their partnership since the day they opened the doors at Andreessen Horowitz, or as insiders call it, A16Z. (Andreessen and fellow A16Z partners Jeff Jordan and Chris Dixon are individual investors in PandoDaily.) The theme with each addition has been that all general partners (GPs) must have proven themselves successful company builders.

“We have the highest possible respect for the people who are in the trenches,” Andreessen says.

After adding three GPs in close succession in mid-2011, including Peter Levine, Jeff Jordan, and Scott Weiss, the firm hit a dry spell for more than a year. Then in November A16Z added former eBay executive, and Hunch and SiteAdvisor founder Chris Dixon. Today, they added SuccessFactors founder and SAP executive Lars Dalgaard.

“The great things in life come in clusters,” Andreessen says. “Both Chris and Lars have great experience. The timing also happened to work out in terms of their availability.”

While Dalgaard is best known for his work founding one of the earliest enterprise SaaS companies, he doesn’t think of himself as an “enterprise guy,” or even a “software guy,” for that matter. Having spent four years previously working in consumer products at Danish Unilever subsidiary Darenas, Dalgaard says he sees himself as a solver of problems, first and foremost. That versatility should be a good fit at a firm that has made big bets in polar opposites Pinterest and Asana, among dozens of other companies in each the consumer and enterprise categories.

With eight GPs today, A16Z has a wide variety of experience and personalities. There’s no effort made to build consensus or a common investment thesis, Andreessen says. In fact, when there’s consensus around investment decisions, the partners tend to step back and ask themselves if the idea is too obvious. “We want the GP who will be working with the company for ten years to be pounding on the table insisting that we do the deal,” he says.

For Dalgaard, the idea of moving from operating a massive company and managing his own team to helping other entrepreneurs build their companies is a welcome one. “I’m looking forward to taking more risk – not uncontrolled risk – but that’s the role we play here,” he told me in an interview this morning. “When VCs have checklists about things they should be doing – areas they should be investing in – then it becomes a stupid valuation bidding game.”

As for where Dalgaard will be looking to invest, don’t expect him to back many me-too ideas. “I’m sort of bored by everyone trying to be the next Pinterest and AirBnB,” he says. “There are so many really big problems not being solved in areas like real estate and medical. On the enterprise side, the apps are just so ugly.”

A16Z gets some 3,000 qualified referrals per year, according to Andreessen, so there will be no shortage of deal flow as Dalgaard gets the word out to his network about his new role. The process has already started, he says, having met with some 28 CEOs over the last month and received hundreds of congratulatory and pitch emails over the last 48 hours since the news was announced internally at SAP.

Dalgaard weighed a number of options when leaving the company including joining firms at all stages of the investment cycle from seed to private equity. He says it was “the excitement of early stage company building” that led him to choose venture. He also had the option to raise his own fund, calling it as easy as the “flip of a switch.”

Not only did Dalgaard spend time meeting with the existing partners before determining A16Z to be a good fit, but he also polled several CEOs asking about their experience with the firm. Across the board, he heard that the firm's partners are very hands on and add real value. “I am pleased to be joining a partnership of equals that are doing things the right way,” Dalgaard says.

“One thing that we don’t do – one of the very few things we don’t measure as a firm – is return attribution,” Andreessen says, referring to keeping score about which partner brings in the most investment returns. “All investments we make are on behalf of the firm. And any time a company has a problem, it’s all hands on deck. We even do a number of tag-teams with two GPs attending all board meetings.”

Asked what deal he would like to have invested in had he been an investor 12 months ago, Dalgaard  answered Pinterest without any hesitation. “I think its genius, and beautiful, and rewarding,” he says, recalling the first time he watched a female friend use the product and saw the resulting “glee” in her eyes. As a member of A16Z, Dalgaard got his wish, as the firm invested in Pinterest’s last three rounds. 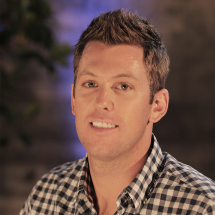