The micropublishing explosion has begun

Last week, Marco Arment announced that he has sold The Magazine to the minimalist iOS publication’s executive editor, Glenn Fleishman. Arment said he had accidentally built a business he was ill-suited to running. “Glenn’s doing almost everything already, so I’m effectively a figurehead,” he said.

It might also have been the case, however, that Arment saw that a wider trend was on its way, one that would see The Magazine as just one among thousands of titles available through the App Store. When The Magazine launched just seven months ago, it stood out as the first publication that traded on the principles of “Subcompact Publishing,” a manifesto laid out by designer and writer Craig Mod. (Update: Fleishman has pointed out, however, that The Magazine pre-dated Mod's essay.) The Magazine was built for the age of smartphones and tablets from the ground up, free from the legacy concerns of traditional magazines, which have been stuck adapting their print products for digital consumption, usually with nothing more than glorified PDFs. Arment’s product, on the other hand, was consistent with the tenets of subcompact publishing: lightweight, easy to distribute, and easy to use.

The Magazine, which sells for $1.99 a month, was soon financially self-sustaining, and it became clear that there was an interesting opportunity for other enterprising publishers to follow suit, perhaps even by building platforms to facilitate the mass reproduction of Magazine-like publications. In December, I wrote about the impending age of “premium micropublishing” and followed it up with a piece that predicted micropublishing would be one of the most significant publishing trends of 2013.

And so it has come to pass. The Magazine is no longer alone as an enterprising app-magazine. It has been joined on the Newsstand by a host of publications put out by 29th Street Publishing, which acts as a publisher and marketer for indie editors and writers, and now a clutch of other startups have entered the fray, each toting cheap or free tools that help regular schmoes produce and sell beautiful cross-platform publications. The options available to independent publishers have never been better, but it’s also likely that this space is going to get saturated quickly. Below is a rundown of the new companies that offer digital publishing products. 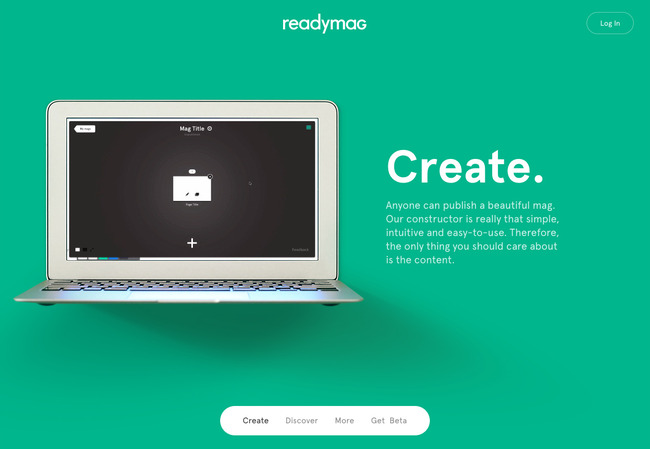 Based in Moscow, Readymag trades on the tagline “Anyone can create a beautiful mag.” It lets users create rich magazines through an in-browser editing interface. The magazines are then also read within the browser. Aiming for an experience that is richer than the “subcompact” model, ReadyMag offers a number of interactive widgets, including the ability to add audio, video, and animated backgrounds. Essentially, it lets you create an experience that stacks up well to the much-praised interactive feature the Guardian recently published about a Tasmanian bushfire. Check out this sample issue about German designer Dieter Rams.

How it will make money: Readymag is still in invitation-only beta, but when it launches publicly, it will offer premium accounts with special template, widgets, and templates. It will also take a small commision on sales, and it will let third-party developers create and sell their own widgets – such as interactive charts – on the platform.

I first profiled Los Angeles-based Periodical in my story about the age of premium micropublishing, at which point the startup had cobbled together a prototype during a weekend hackathon. Last Thursday, Periodical officially launched to the public, offering cross-platform tools that let users create, distribute, and sell their magazines on the Web, iOS, Android, and Kindle. Its chief idea is “publish once, distribute and monetize everywhere.” Check out the sample issue “On Air.”

Promising a “new and beautiful way to publish your content online,” Blookist conceptualizes itself as a new way to blog. A “blook,” it offers, is a combination between a blog and a book, matching the simplicity of the former with the aesthetic pleasure of the former. The product, built by a team that is split between Slovenia and London, is Web-based for now, but an app is in the works. Blookist is still in alpha.

How it will make money: So far unclear, but Blookist wants to help content creators earn revenue, so it will likely take a cut of that. 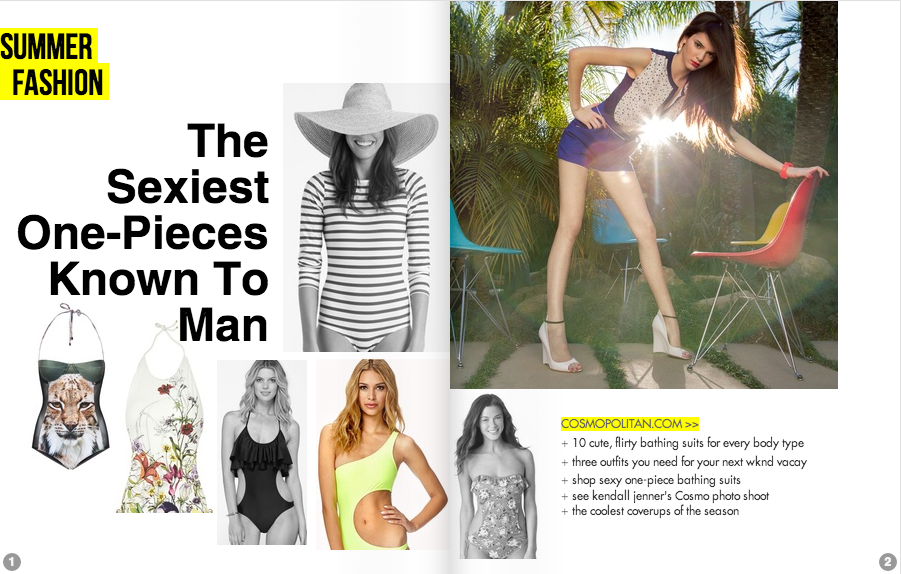 Los Angeles-based Glossi differentiates itself from the “subcompact” model by taking a visually driven approach. The cross-platform publishing tool lets anyone build rich media magazines without having to have any software or design skills. Its market is 50 percent individuals, and 50 percent brands, some of which see the product as a content marketing solution. Example: Cosmopolitan’s “mini magazine” on the sexiest summer ever.

How it makes money: While still in beta, the product is free, but later this year Glossi will start offering advanced tools, and better distribution and revenue-generating capabilities, all of which will cost the user money.

Funding: Glossi has seed funding. It started off life under the ThisNext umbrella, but it now operates under the name Glossi, which is its new focus. ThisNext was founded in 2005 and backed by $8.7 million in venture capital. (Details updated after clarification from Glossi.) 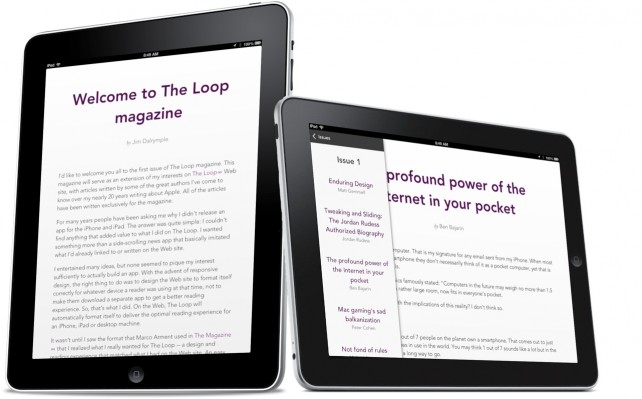 As soon as Seattle-based TypeEngine announced itself, Marco Arment took a swipe at it for hewing too closely to his design ideas. While Arment’s criticism of the design similarity was on the money, he glossed over the fact that TypeEngine was actually trying to do something different: enable more people to create The Magazine-like publications of their own. The Seattle-based startup has taken the principles of The Magazine’s design and created a platform for publishing Newsstand magazine apps. It lets users build their own custom themes or use design templates, and it makes the App Store distribution easy. It is, the company says, a digital magazine publishing tool for “non-nerds.” Example: Jim Dalrymple’s The Loop Magazine.

How it makes money: TypeEngine charges a monthly fee depending on how many issues are downloaded by readers.

Austin's XOXCO has a product in private beta called Packagr, which lets users create publications for iOS devices, the open Web, and ebook formats. Packagr integrates with Wordpress, Tumblr, Twitter, and Drupal so users can import their existing content into the publishing tool. They can then use drag-and-drop functionality to adjust the layout, which has is "responsive," so it automatically adjusts to fit all screen sizes.

How it makes money: Packagr is a paid product.