Today brought more good news for Chinese tech companies hoping to go public in the US. Beijing-based LightInTheBox, a global-facing ecommerce retailer, had a smooth initial public offering on the New York Stock Exchange, raising $79 million and immediately seeing its stock price climb from $9.50 to above $12. The price dipped below $12 just before the markets closed for the day. The outing follows a similarly successful IPO by fellow Chinese tech company YY in November.

LightInTheBox CEO Alan Guo was in New York today to ring the closing bell at the New York Stock Exchange. In a phone interview, he said he was “very excited” about how the day had unfolded. “I feel very glad that the deal went through very smoothly and we had a great start,” he said, before adding: “There’s still a ton of work ahead of us.”

Chinese companies have a had a rough last couple of years in interacting with American stock markets. After 38 public listings in 2010 and 13 in 2011, the number of IPOs by Chinese companies dropped to just three last year, according to Bloomberg. Poor stock performances and some cases of accounting fraud have damaged investor confidence in Chinese companies. Sino-Forest, for example, was forced to file for bankruptcy last year after seeings its stock plunge 74 percent. LightInTheBox is the first Chinese IPO of 2013. 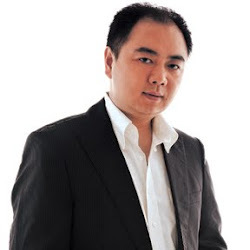 Guo says listing in the US rather than China made a lot of sense for the company. “On one hand, the US has the most developed equity market very focused on technology. On the other hand, China keeps on growing and developing tech companies,” he said. “In the long run, these two will be a very good combination.”

The fluctuating fortunes of Chinese companies on US stock exchanges are not unusual, he noted. “The up and downs are normal. I’m not terribly worried about that.”

The two smooth IPOs by LightInTheBox and YY are likely to improve the prospects for other Chinese companies looking to list in the near future, including the Alibaba Group (which is expected to list in Hong Kong) and its rival Jingdong (formerly 360buy).

As we wrote last year, LightInTheBox’s business model is to sell goods to consumers outside of China while leveraging the country’s enviable supply chain. Not only does it cut out the middle man by delivering goods direct from factory to consumer, but LightInTheBox also lets shoppers customize their products, particularly wedding dresses, its top-selling item.

As China’s economy develops and its goods and services become more expensive, LightInTheBox may need to cast its net wider in order to keep growing. However, Guo, previously a strategy officer at Google China, says the company already has advantages beyond price, such as variety, customization, and time to market. He also says there’s nothing to stop the company from enlisting suppliers from other countries. It hasn’t done so yet.

The company plans to use its new store of cash to continue spending on its merchandise, supply chain, and online marketing. It also going to spend big on mobile development and adding new languages to the service. It currently supports 17 languages. “We think there’s still huge opportunity in global ecommerce in general,” Guo said.

Just before he went to ring the closing bell at the Stock Exchange, Guo spoke of the honor of taking part in the tradition. “I feel it’s very special,” he said. “It’s going to be a lifetime experience, and I look forward to it. That’s part of the reason we chose the NYSE.”