By Nathaniel Mott
Jun 11, 2013 · 4 minutes
There is no stitched leather in iOS 7. The green felt, metallic dials, and linen backgrounds are all gone. In their place is a clean, flat, simple interface defined by translucency and a color palette borrowed from the original bubblegum-esque iMacs. This is, as Apple CEO Tim Cook put it during the WWDC keynote, the "biggest change to iOS since the iPhone." And it's the latest example of Apple torching its own temple and beginning anew instead of worshiping at the altar of musty ideas.

Cook introduced iOS 7 by talking up just how popular the current version, iOS 6, is with consumers and developers. Apple has paid more than $10 billion to developers; iOS is used 50 percent more often than Android; over 600 million iOS devices have been sold. People have embraced the operating systems and the devices it powers in troves -- and Cook made certain to say all of this before unveiling an update that will be almost unrecognizable to people who have used iOS for the last six years. Apple isn't inventing a new category, as it did with the original iPhone, but it is making the biggest change to an established operating system this side of Windows 8. 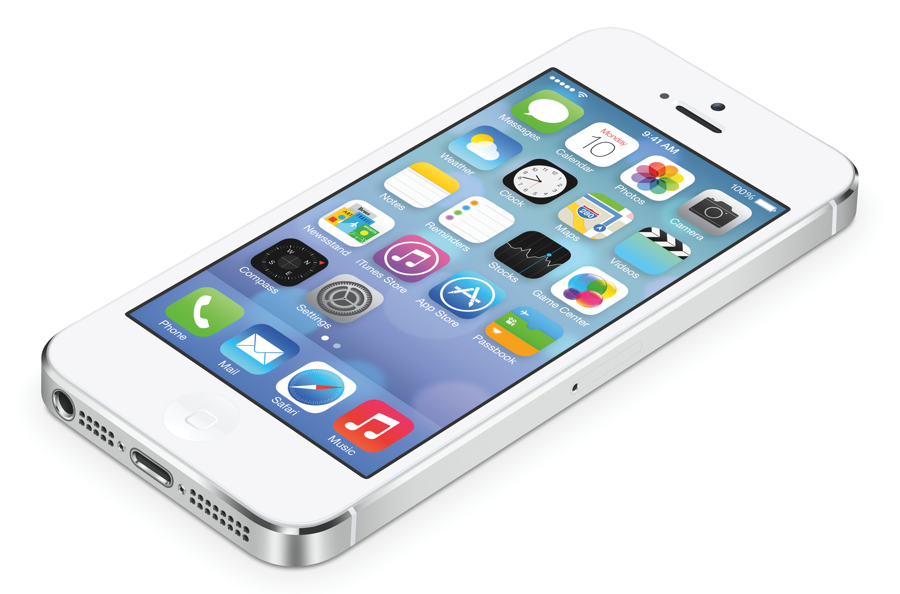 Reinvention isn't a new concept for Apple. Steve Jobs was fond of the Wayne Gretzky quote about skating to where the puck is going to be, not where it is. Sometimes this means that Apple will introduce a new product and define a category before other companies establish it themselves, as demonstrated by the the iPad. Sometimes it means introducing a product or update that could hurt or replace others, like the iPhone did to the iPod. This time it means getting rid of Steve Jobs' and Scott Forstall's vision for mobile computing and replacing it with Tim Cook's and Jonathan Ive's.

The old Apple -- Steve Jobs' Apple -- was strictly segregated. Forstall was in charge of iOS; Ive was in charge of industrial design; and that was it. This was a surprising approach for a company so keen on developing both a device's hardware and its software; an organization responsible for some of the technology industry's most holistic products was anything but. The new Apple isn't set up that way. Ive helms both the industrial and interaction design teams and is now able to dictate how a device's hardware and its software look, feel, and work.

Even a glancing peek at iOS 7 shows Ive's influence on its design. The operating system is colorful instead of dull, cedes its own opinions of how something should look to the user's whims, and, perhaps most tellingly of all, reacts to the device's position by changing the software's design as a user's perspective changes. (Its color palette, besides being similar to the original iMac, also matches the colored backs of the iPod Touch.)

"In many ways we've tried to create an interface that is unobtrusive and differential. One where the design recedes and in doing so actually elevates your content," Ive says in the iOS 7 teaser video. He's said something similar about industrial design for years, stating that the iPad was designed to become the application someone is using, the book they're reading, or the Web page they're viewing. Apple's hardware has long been designed to fade into the background, and now its software was designed with the same concept in mind.

There is, of course, a downside to all of this: iPhone owners and developers have just a few months before the operating system they use from the instant they wake up to the moment they fall asleep or have built their business upon is radically different from every version that came before. Developers will have to either update their applications to fit the new interface or stick with an outdated design; consumers will have to learn their way around a previously-familiar operating system; and everyone, Apple included, will have to hope that iOS 7 is received better than Windows 8, which attempted a similarly massive design overhaul.

Some will undoubtedly complain about iOS 7. Others will abstain from updating until iOS 6 is no longer supported. Still others will switch to other platforms. Introducing the biggest change to iOS since the iPhone's introduction isn't without its risks, and those are just a few Apple is facing. But that's exactly what Apple has been doing for years. The iPhone could easily have obviated the iPod by reducing the object responsible for the company's turnaround to nothing more than an app. The iPad (and other tablets) is projected to outsell PCs by 2015. Apple is familiar with risk -- it's also learned that it's better to be the first to compete against its existing products than to allow another company to define a new product category or allow success to prevent it from developing future products.