Clipchat. When it comes to bandwagon on-jumping and shameless clonery, it can hardly get more blatant than that. But the creators of Clipchat – which, you guessed it, is a hell of a lot like Snapchat – don’t seem to mind. They think they have a better product and that there’s still time to elbow their way into the nuts-going ephemeral messaging market.

Clipchat is the work of Menlo Park-based apps factory Iddiction, which is responsible for app discovery tool Appoday, captioning app I’d Cap That, and visage-warping Face Swap, among others. Just like Snapchat, it lets you send self-destructing photos or videos to your friends in a touch-simple interface. Unlike Snapchat, it actually looks good.

Clipchat’s interface is clean and more grown-up looking than its predecessor (not necessarily a good thing for this teenager-dominated market), and it mercifully has no purple. It also boasts a feature that lets users see blurred image previews. Once you press down on the image to get a clearer view, an animation takes effect to de-blur the image right before your eyes. While Snapchat prioritizes photo-sharing, Clipchat's default is set to video.

Iddiction’s VP of growth Billy Shipp argues that Clipchat is also more stable and secure than Snapchat, thanks in part to a proprietary encryption standard. Of course, you have to take that claim with a grain of salt, and it’s the sort of thing that can only be proven over a long period of time. Clipchat hasn’t yet been tested at scale over a meaningful timespan – it first saw the light of day on May 23.

The company has also been careful to introduce strict privacy controls, so users can report and block other users easily (careful with those dick pics, people), and screenshots are difficult to get. If someone attempts to take a screenshot of your Clipchatted picture, they’re presented with a black-out screen (as long they’re using an iPhone 4 or 5), and you get a message telling you they’ve attempted to do so.

Shipp is open about Iddiction’s effort to steal Snapchat’s idea. He just thinks his company can do it better. “Snapchat has done an amazing job introducing a new mode of messaging, and we think we can extend upon that,” he says.

It’s not hard to figure out why a company like Iddiction – which has 22 employees and $3.5 million in seed funding – would see fit to at least see if it can capture some of Snapchat’s residual glory. The Los Angeles-based startup is rumored to be in the middle of a $100 million funding round that would puts its valuation at half a billion dollars. The company, as Michael Carney wrote the other day, is the hope of the LA startup ecosystem. The app itself is said to have about 5 million daily active users, who are collectively uploading 150 million images a day. Its early popularity and incredible growth is what prompted Facebook to come out with its Poke app, which seems already to have become a forgotten pretender.

Still, no-one knows how Snapchat is going to make money -- and that apparently includes Clipchat. Shipp says the company is focusing on growth at the moment, so a business model isn’t a concern at this point. However, Iddiction itself has been cashflow neutral for the last nine months, so the company isn’t facing any immediate cost financial strife. If the app reaches a certain level of popularity, Iddiction may raise funding to help pay for Clipchat infrastructure.

While Clipchat looks nice and will appeal to more design-minded dick-piccers, however, its chances of challenging Snapchat are slim. Snapchat has a huge head start in building a network, which is vital to the success of a virally inclined product like this. Clipchat, like Facebook, is likely to find that it’s much too late to join the party.

Crucially, Snapchat also has the advantage of focus. Snapchat was first released in September 2011 and the company has been working obsessively on the product in the two years since. While it may not be pretty, Snapchat’s creators clearly have a pretty good idea about what works. For Iddiction, on the other hand, Clipchat is just one among at least 12 apps that will also vie for the company’s resources and attention. Good design might win it a few friends, but good design alone is not enough to prop up a product, let alone a business.

Clipchat is so far available only on iPhone, but an Android app will be live later this month, says Shipp. 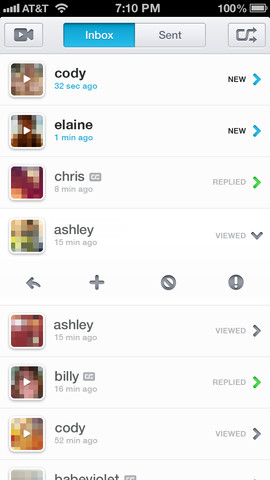 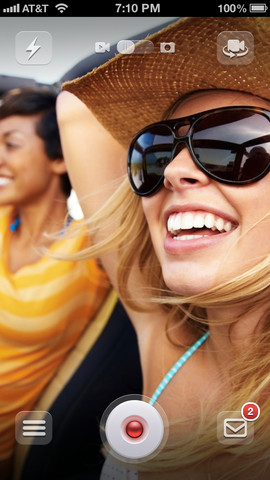 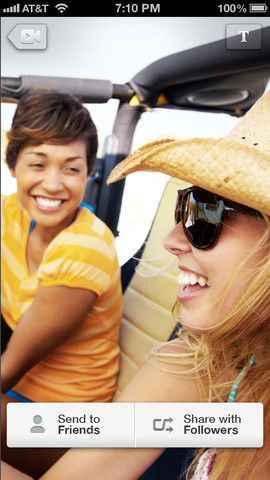 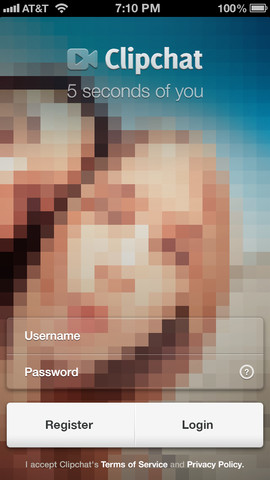