In December, Matter launched in San Francisco with the intent of bringing a culture of disruption to public media. The accelerator said it would take five media-focused startups that had working prototypes and the drive to build businesses that align with the "for the public good" mission of public media. It ended up accepting six companies into its first class, and today they showed off the results of their four months in the program.

Matter's first class, it turns out, was a surprising mix of companies that obviously fit the public media mold – civic-minded, driven more by public interest than profit – and ones that would fit as easily within major media corporations as they would with the types of organizations that rely on membership drives to stay afloat. Between them, the companies cover multimedia storytelling, analytics for online video, audio narratives, rapid video distribution, and social reading.

At today's demo day, attended by about 70 investors, media organizations, and supporters, Matter also announced that it has started accepting applications for its second cohort, which launches October 7. In the meantime, here are the highlights from the inaugural class. 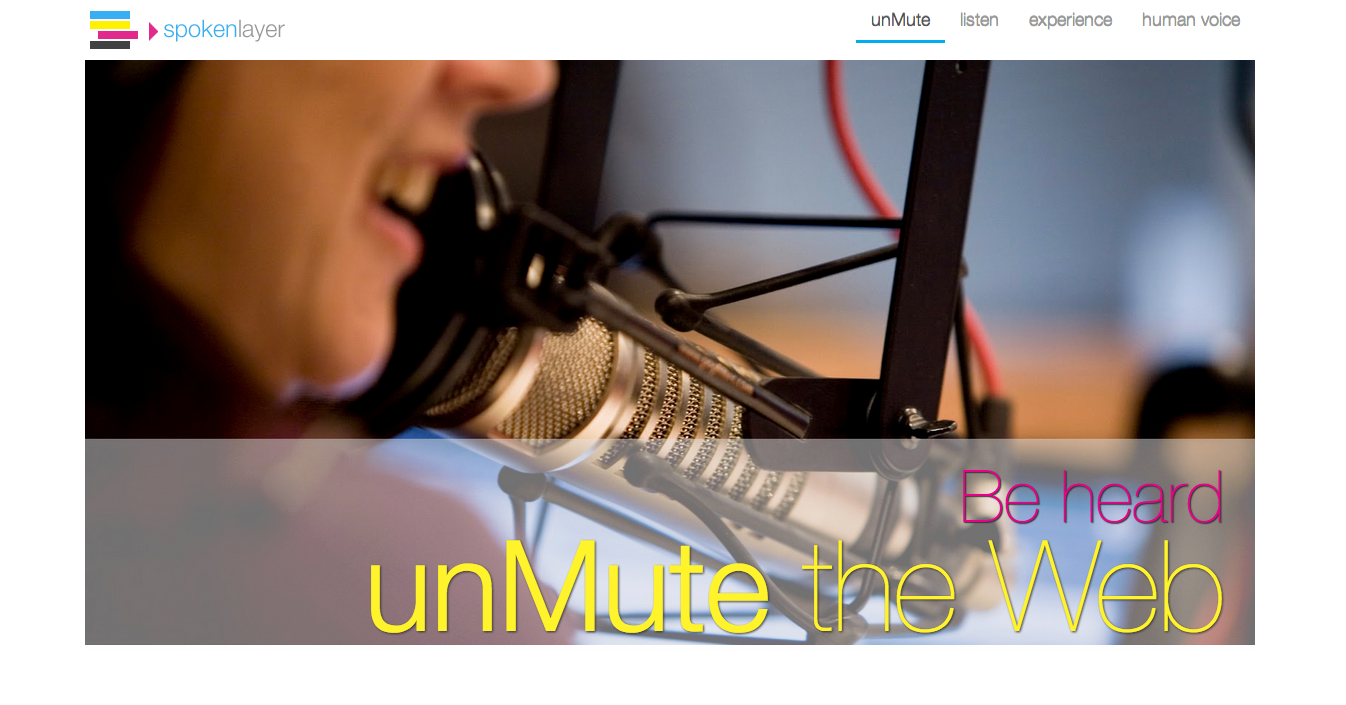 Promising to "unmute the written Web," SpokenLayer provides audio narrations for written articles. It boasts a turnaround time of 26 minutes, measured from the moment it has delivered an article until the time it has a spoken version available for distribution. Since launching at TechCrunch Disrupt last year, the company has forged partnerships with The Atlantic, AP, AOL, and the New Republic. Today, it announced four new partners: Fast Company, Tablet magazine, Time Out New York, and Narratively. As well as charging for production, the company plans to make money through audio ads, licensing, and subscriptions. It hopes to raise $1.2 million in seed funding. 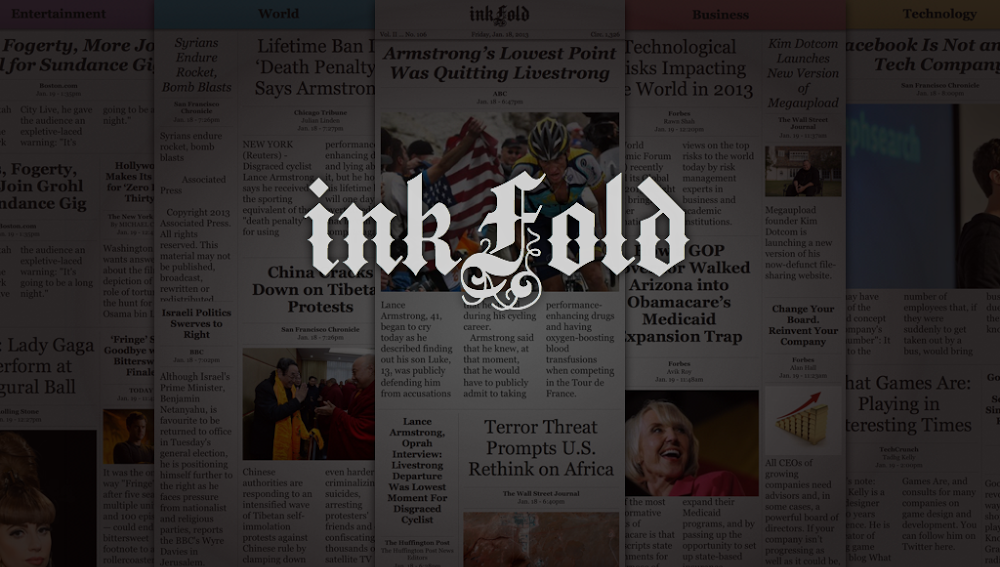 Note: This is Inkfold's old look

Ex-Apple and Path designer Daniel Davis started off with a read-later app that he built in his spare time and eventually pivoted to create a reading app that pulls in links from your email. While Inkfold functions like a Pocket-like, read-it-later app, it focuses only on the links shared directly with you by someone. It lets you add notes to articles from within the reader to share back with the person who first sent you the link. The idea is that you'll never "lose" an important link that someone has sent you for lack of time. For now, it's focused on Gmail, but Davis has plans to expand its scope as the product develops. Davis announced today that Inkfold is launching its "Lost Links" app, but we haven't been able to find it anywhere on the Web. The startup is hoping to raise a $600,000 seed round.

OpenWatch provides a platform that enables rapid upload and live-streaming of video. The company showed examples from the Occupy Gezi movement in Turkey to demonstrate how people can use video to quickly distribute first-hand documentation of news events as they unfold. The platform also serves as a marketplace that connects content producers – or "agents" – with people who want insider reporting from difficult-to-access places. The platform so far hosts more than 650 agents in 42 countries. It is hoping to raise a $500,000 seed round.

Recognizing that they often have trouble building large audiences for their video content, Mixation is trying to help online publishers and news organizations turned their disparate pieces of video into a TV channel-like experience. When people visit a site that uses Mixation, they're presented with a continuous stream of that site's video content, which pops up in a corner of the screen. Publishers need only to import their videos from YouTube to create their "stations." They can then go "live" or edit the scheduling with drag-and-drop functionality. Mixation launched its website today, allowing anyone to create a station for free. It offers a paid premium product that allows customization and branding. The startup has already raised $350,000 and has starting raising a further $750,000. 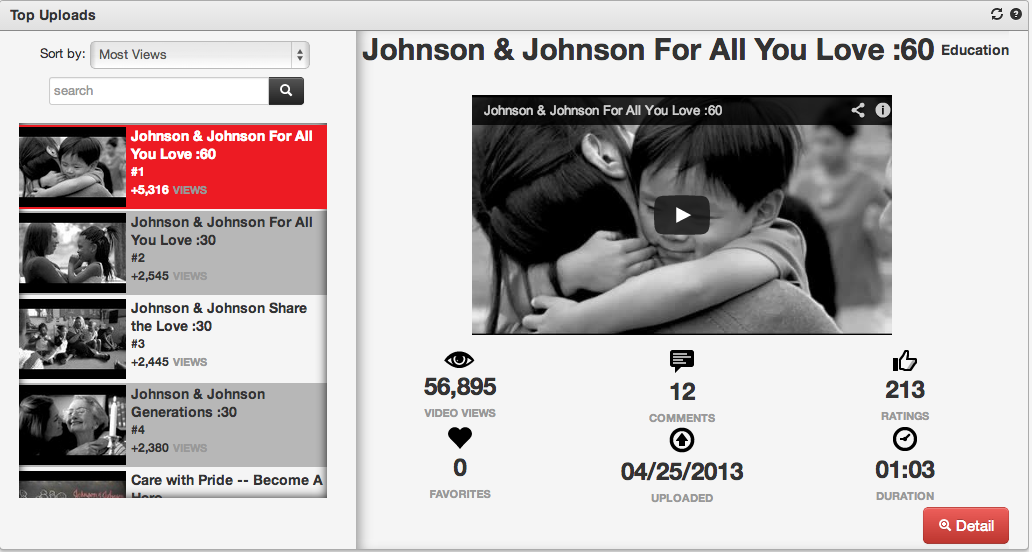 ChannelMeter thinks it can do a better job of online video analytics than YouTube. It wants to be the "Nielsen ratings of online video." Its dashboard provides a visual summary of video analytics, which are a combination of metrics pulled from YouTube and proprietary metrics such as "reach" and "content grade" (based on comments, user engagement, and how rapidly views increased over time). The company has more than 2,000 publishers and advertisers signed up for the service and is tracking more than 20 million videos a day. One of its biggest clients is the very unlike public-media-like Red Bull, which uses the analytics to improve the performance of its online videos. The startup says it's on track to gross $100,000 in revenue this year, and it is hoping to raise a $1.2 million seed round. 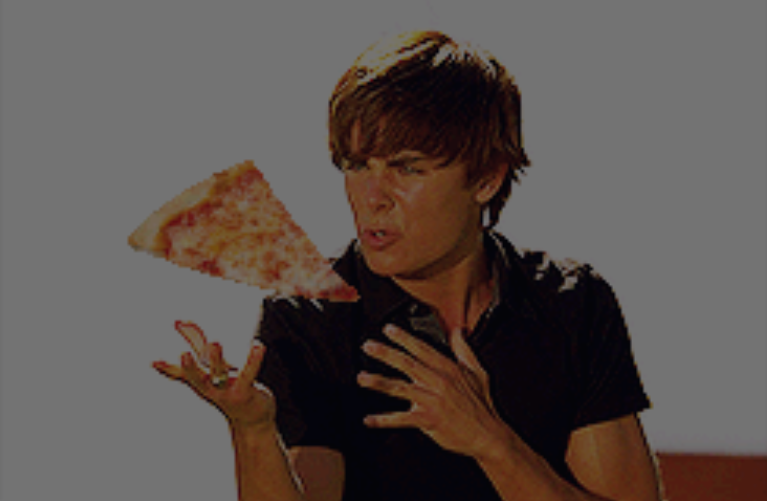 To get a sense of what Zeega's all about, watch this gif of Zac Efron faux-eating a slice of pizza set to intense house music and Arnold Schwarzenegger saying "Pizza!" on repeat. In short, Zeega lets you create "videos" that are a basic but compelling combination of images, gifs, and music. Its online editor presents a bank of gifs and images and lets you match them to audio clips from Soundcloud to produce and immersive storytelling experience. You can create a multi-image story that allows readers to swipe or click through each page while the music plays continuously underneath. The company, which "officially launched" today, plans to make money by enabling the creation of sponsored content. It is hoping to raise $1 million in seed funding.