The micropublishing explosion has presented the world with an extraordinary opportunity to rethink and reinvent the way words and images are distributed and monetized. One of its most significant impacts is that it allows niche publishers a chance to build a paying audience around subjects or writers that might otherwise struggle to survive the ravages of cutthroat capitalism and ad-supported publication models. While that confluence of factors has given rise to the New York-based 29th Street Publishing, which is building a business around being a publishing services company for the mobile age, it has also emboldened smaller groups and individuals.

Two such hopefuls are nearing the conclusion of month-long Kickstarter campaigns aimed at getting new micropublishing operations off the ground. Connu, which looks likely to reach its $15,000 target today, is building a publication that will publish the short fiction of emerging writers; and Austin's Johnston Ayala is just over halfway to his goal of raising $16,000 for a "magazine of new futurism," The Ascender (pictured above). Both campaigns have three days remaining. 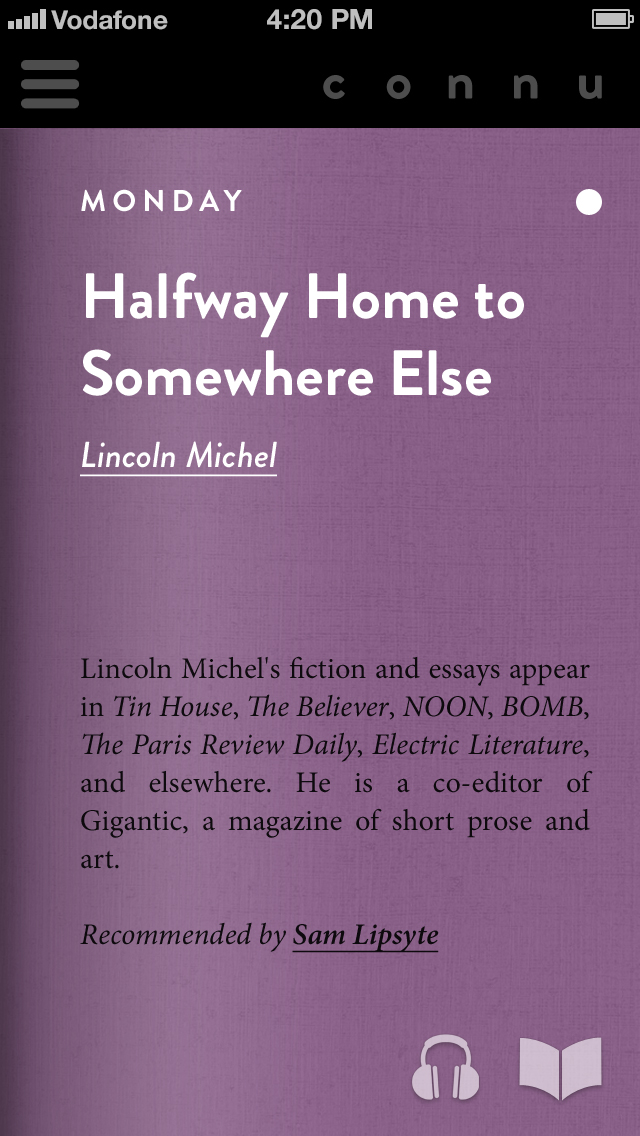 Los Angeles-based Connu is the work of three graduates of the University of Southern California's professional writing master's program. Now resident in the USC Annenberg Innovation Lab, Connu wants to showcase the best work from new writers by publishing five stories a week in a mobile-first format. The idea is to publish one story a day, five days a week – and, crucially, to pay those writers.

Connu has a two-tiered premium model. Readers can get the iPhone or iPad app for free and pay as they go, or they can pay for all-you-can-read subscriptions: $3.99 a month, or $6.99 a month with access to the audio versions of the stories, which are read by the writers themselves. There'll also be an annual subscription option, which will likely be somewhere in the order of $15 a year.

Connu co-founder Susannah Luthi, a former journalist who came back to writing after a few years in arts marketing, says the publication will be best-read on tablets, but that the smartphone version will also be important. Web reading is too distracting, she says, but short stories fit well with the small screen. She sees the publication as a rare venue for supporting independent writers. “It’s a really exciting time because this vertical has so much potential for newness, and the publishing industry is very unwieldy," she says. "All these small indie people coming up to market right now is really exciting.”

The Ascender, meanwhile, fits the definition of indie. Promising to build a digital magazine for the iPhone and iPad, and later the Web, Johnston Ayala says The Ascender will cover "futurism" in depth, with narrative storytelling and investigative journalism that covers everything  from film to transportation, art to engineering. The Ascender's team is just writer-editor Ayala, who published a short-lived Austin arts magazine called "Odic Force" back in 2008, a designer, and an editorial assistant, but it would also commission freelancers.

While subscriptions would provide the main source of revenue, Ayala is also considering brand sponsorships and merchandising, both of which would be tied to a community of likeminded people that the editor hopes to build around the magazine. However, it looks like Ayala is going to have a harder time of reaching its financial goals by the end of The Ascender's Kickstarter campaign. He needs to raise another $8,000 in the three days remaining to hit its mark.

Both Connu and The Ascender are emblematic of an emerging publishing universe that is free of the legacy costs of the pre-mobile era and can also benefit from the friction-lite distribution methods of the Web and the App Store. However, they are also early entrants in freshly optimistic times that may ultimately face disappointment and disillusionment. Both will have much to prove beyond the Kickstarter campaigns, and their ultimate success will rest on a series of yet-unknown elements that are roughly equivalent to the questions that have always been asked of new publishers: Is there a large-enough audience demanding these products? Are they different enough to stand out from what will soon be a saturated market? And will people be willing to pay for these experiences when there is so much quality reading material already available for free online?

As the micropublishing movement goes from explosion to extension, all its protagonists will be subjected to the realities of that interrogation. Can the likes of Connu and The Ascender forge a new, sustainable way forward for publishers? The answers won't always be reassuring, but the inquiry alone is important enough.