They say that becoming a parent changes you. You'll stop staying out so late. You'll start day-drinking more frequently. You'll stop hanging out with your friends and start wondering why your life has become a marathon of dirty diapers and spastic children's shows. But perhaps the greatest change brought about by parenthood is the necessity to make it harder to find pornographic material in an attempt to preserve your child's innocence.

MetaCert wants to help you realize that goal, and is today announcing the launch of an iPad browser and improvements to its back-end that promise to keep your little angel safe from all of the depraved websites, images, and videos people have littered across the Web. Now you can hand your iPad to your kid without having to worry about them stumbling upon something you'd rather they didn't see -- without blocking entire websites, such as Facebook, that are mostly harmless but contain some questionable content.

This browser is a follow-up to Olly, a similar application MetaCert released last October with a similar purpose. MetaCert CEO Paul Walsh describes Olly as a beta test meant to help MetaCert understand what parents expect from a "safe" browser, and says that the browser released today is a complete re-write with a brand new design, back-end, and enhanced settings. (In turn, Walsh says that this browser and many of MetaCert's consumer-facing tools are meant to serve as examples of what MetaCert's technology is capable of to enterprise customers.) 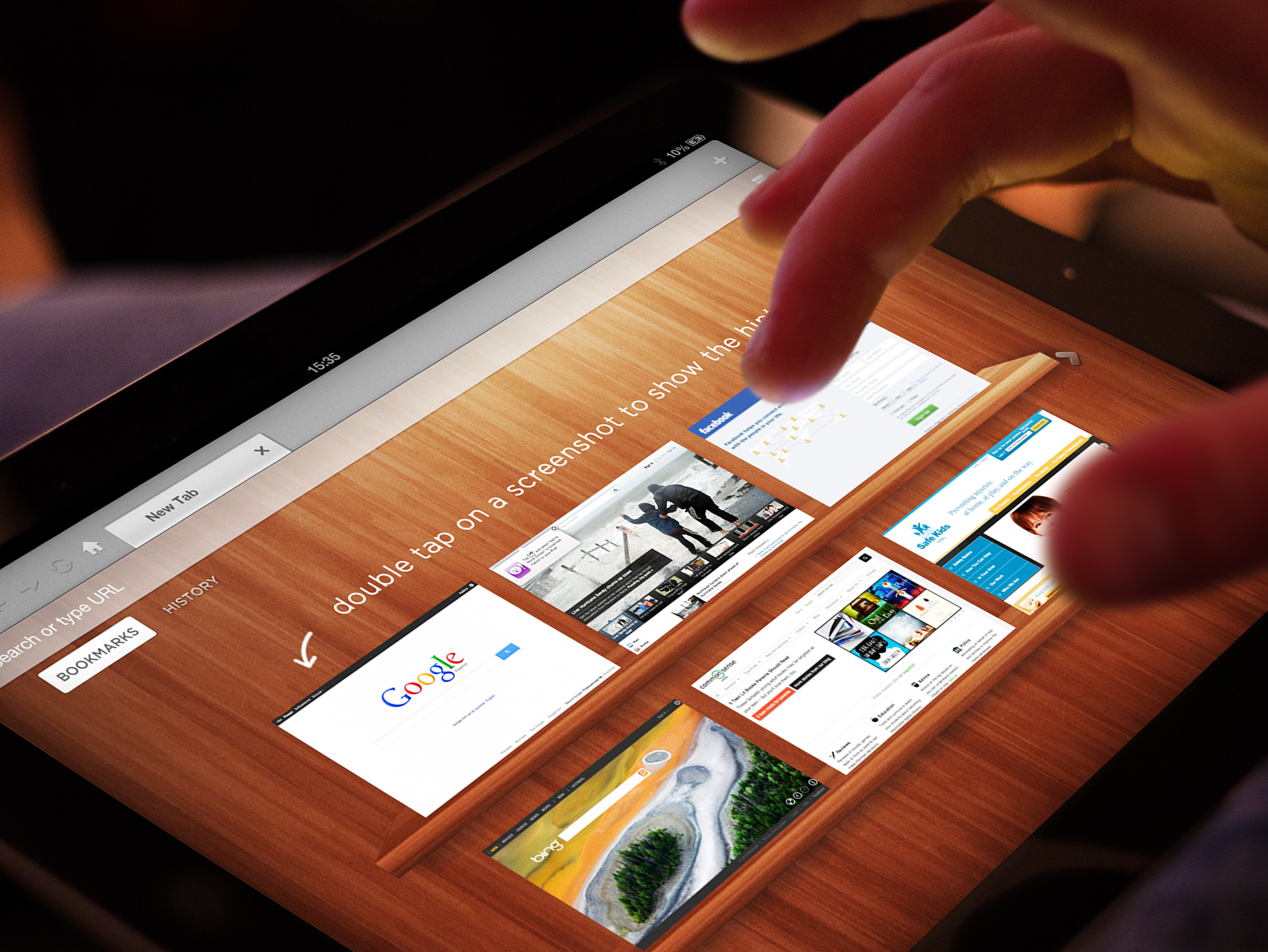 Walsh says that MetaCert's back-end has been overhauled with more crawlers -- bots that make their way through the Web and identify objectionable content -- and begun to focus on sites with user-generated content, such as Facebook. These crawlers make their way through user profiles, images, and videos to find pornographic content, and are able to block those elements without simply blocking Facebook entirely. Put another way: Kids can have their Facebook and maintain their innocence, too.

That's why, even though Walsh says that MetaCert is better at identifying websites with objectionable content -- and sussing out false positives -- than some of its rivals, he isn't too concerned about children finding something inappropriate as they traverse the Web. Parents can install new browsers, enforce strict rules, or ban their children from certain websites, but they can't account for every circumstance. It's up to them to teach their children how to react when they come across that content -- MetaCert simply makes it easier to make sure that they don't for just a little while longer.