Billions of waves: The evolution of wireless communication in 3 graphics 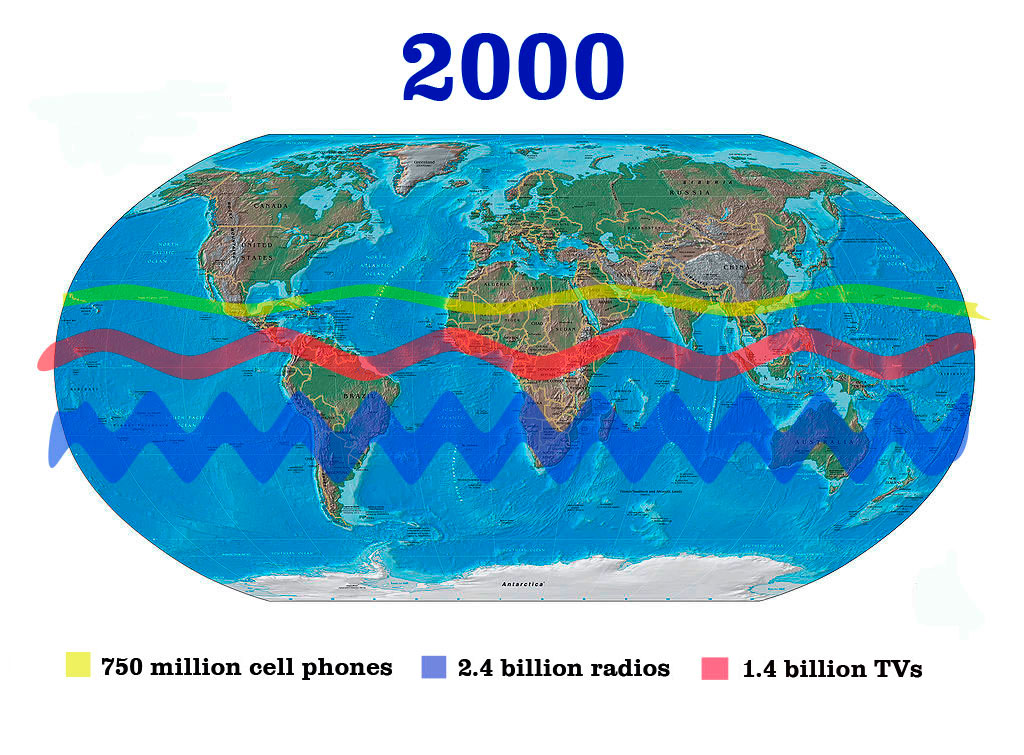 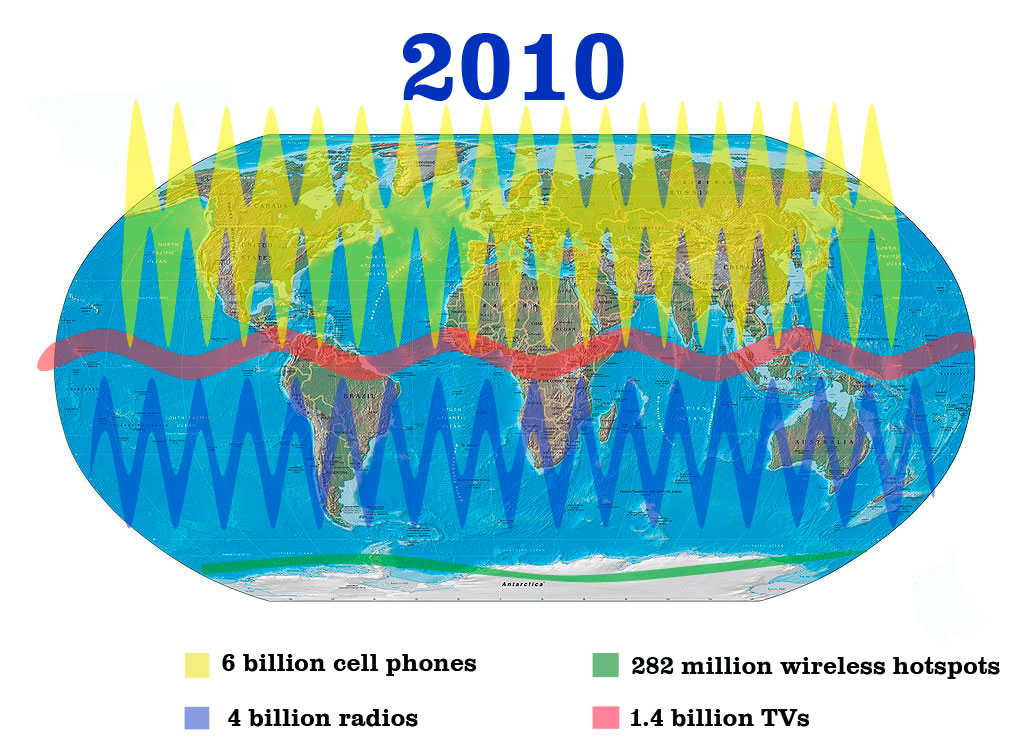 When people think of radio waves they think of, well, the radio; AM and FM tuners of days gone by. But in fact there are more radio waves floating through the air than ever before. The signals created by cell phones, television broadcasters, GPS navigation, and wireless networks, are all radio waves. There are even more AM/FM radios than at any point in the past, as radio is still the predominant mode of broadcast communication in most of the world's 50 least developed nations.

So where do these waves come from? Outer space? Some of them, yes. But humans also create billions of waves per day when they use their cell phones, connect to wireless hotspots, or tune into televisions or terrestrial radios.

Does the rapid growth of these signals pose any health threat? After all, radio waves are a type of electromagnetic radiation. According to the World Health Organization, there is no conclusive evidence that radiation emitted by radio waves is carcinogenic. However, they concede that there could be "some risk" that cell phone use leads to cancer and that more data is needed to know for sure (basically we haven't been using cell phones for long enough).

Why would cell phones be any worse for you than, say, your car radio? The concern with cell phones is that in addition to being receivers of radio waves, they are also transmitters of electromagnetic radiation. And when we use them they're often right next to our brainboxes. Furthermore, terrestrial radio and television waves use a lower frequency than wireless communication waves.

While the data on cell phone use is far from complete, it's hard to imagine that radio waves, with their relatively low frequencies, are more dangerous than, say, the ultraviolet radiation we're exposed to everyday. Nevertheless, the volume at which we're producing them compared to only 10 and 20 years ago, is enough to make the Director of the International Agency for Research on Cancer suggest that people take "pragmatic measures to reduce exposure." To give you an idea of how radio waves have proliferated over the past 30 years, we made you a GIF tracking that evolution.

(A few notes on how these numbers was compiled: The CIA World Factbook has extensive data on radio and television use from 1990 to 2000. But as radio and television penetration is virtually complete in many countries, many have stopped compiling these statistics, according to the International Telecommunications Unit in a 2010 report. That said, they estimate that there were 1.4 billion televisions in 2009. Meanwhile, communications analyst and author Tomi Ahonen used the ITU's data to extrapolate that there are approximately 4 billion radio receivers in the world. The numbers on cell phone use come from the mobile research firm Jana, and the number of public and private hotspot/router users comes from Informa.)