Chris “moot” Poole has been running 4chan, the anonymous bulletin board that has grown into its own subculture, as a kind of intense hobby project since he was a teenager. But it was never a business. It was funded, he says, by “Bank of Mom.” Canvas, a VC-backed image board with editing tools, was supposed to be that business, the thing that turned moot from “Time-anointed Internet hero” to “Time-anointed Internet hero who can pay his own rent.”

But Canvas hasn’t been working out so great. He doesn’t say it outright, but it seems people’s desire to remix other people’s images within a browser hasn’t matched up with moot’s initial hope for the platform. “What we saw is that even though we gave them really simple tools to do that with, our users were really hesitant,” he says. “People felt like they weren’t capable of participating in the Canvas community because they weren’t creative enough or funny enough.” 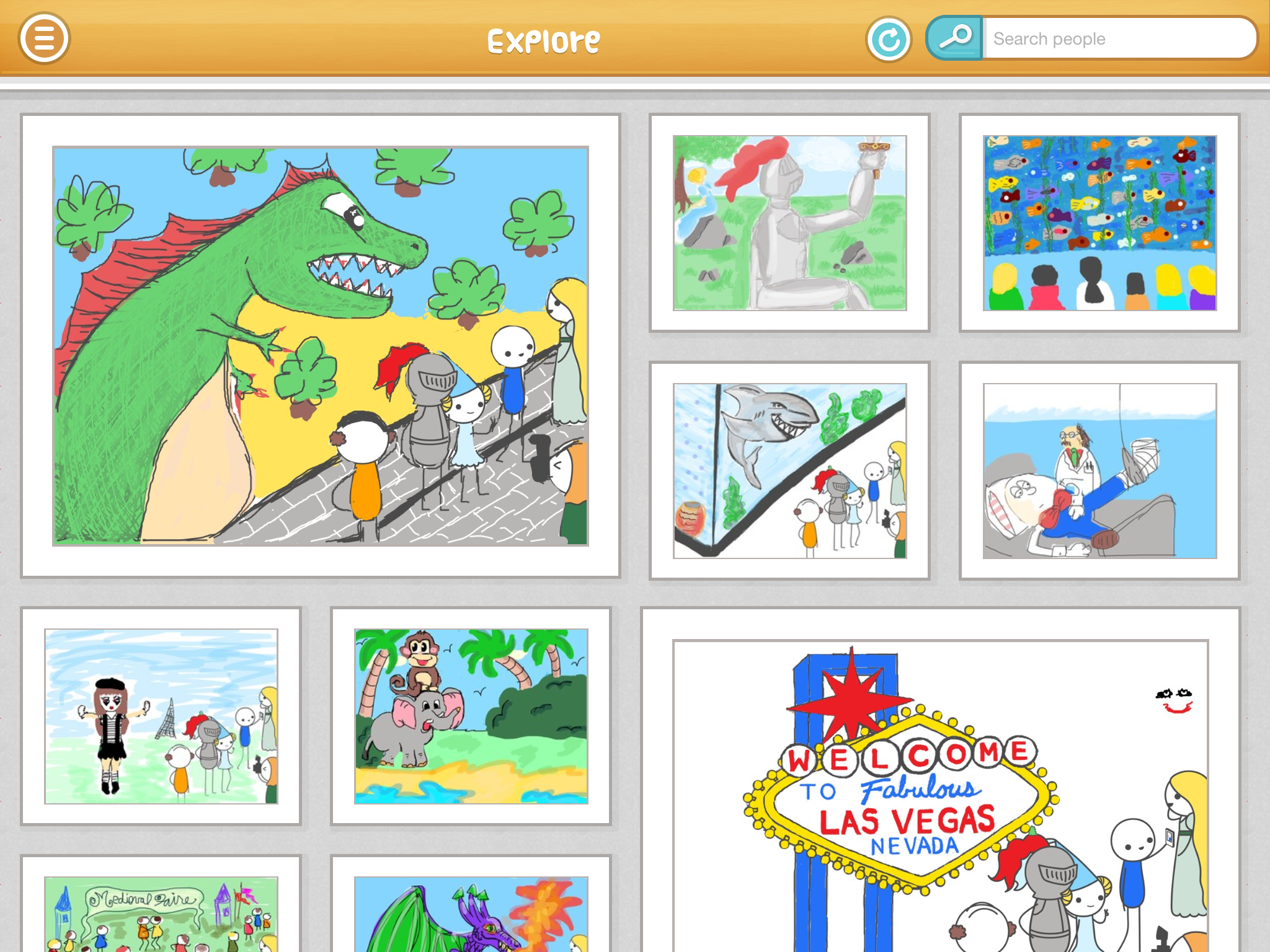 So, moot and his team of eight launched Drawquest, an iPad app that encourages creativity through daily drawing tasks that are tied to a big community. Now, Drawquest, a free app that has been downloaded close to 1 million times and makes money from in-app purchases, is moot’s main focus, even while his startup maintains Canvas on the side. Today, moot is announcing Drawquest Version 2, which boasts a slew of big updates. The new version has more social features, friend search, and some other stuff, like the ability to delete your drawings and do drafts.

But you can read more about that somewhere else. Time for a bait and switch!

I wanted to ask moot instead about his thoughts on the NSA’s PRISM program, and the new Golden Age of Surveillance. Given 4chan’s focus on anonymity, I thought he might have something to say about all that.

Turns out, I was kind of wrong.

4chan has always been focused on anonymity between users, moot points out, but not anonymity to the service provider. After all, 4chan has to ban people by IP addresses from time to time.

Thankfully, that doesn't mean he hasn’t been thinking deeply about the subject. While he doesn’t approve of the NSA spying program, he thinks a lot of the problem relates to expectation. Here’s what he has to say:

Up until very recently, people were kind of like, ‘Well, it's possible that someone could eavesdrop, but there's not much interesting there. Who really gives a damn? Why even waste the time or the money or the effort to capture random bullshit?’ And now as it turns out, we've learned there's actually a really big interest in capturing that metadata…

[Note: The US government has claimed that the Prism program deals only in targeted collection of data. The Verizon metadata sweeps, on the other hand, are comprehensive.]

But does the whole surveillance thing freak him out? Well, it does and it doesn’t.

On the one hand, personally speaking, I'm not okay with it. But on the other hand, I feel like a lot of this – I think expectations are really important. If people have the knowledge of this program – PRISM or any other similar programs – if you have knowledge of it, you can make informed decisions about how you use certain services in certain countries, or what information you share, what service do you use, and how you act on it and whatnot, because your expectation is in alignment with the reality. If I knew all along that Verizon kept a record of my phone calls, then I could plan around that – like, I'm not going to call Verizon anymore or I'm never going to be one of their customers…

The sad thing is I think a lot of Americans, don't – like, this is a hot button issue for a period of time, but then they'll forget about it, because they feel their privacy is violated because it violated an expectation that they had, which is that nobody gave a shit. Unfortunately, now that it's out there, people won't – they should totally change the way that they use the internet; they should be pissed; and they should want to change. They should start to design around it – but I think a lot of people won't do that...

A good policy in general is just don't make things public or don't put things anywhere if [you want to keep them secure]. Facebook says it deletes your comments when you delete them. Everybody knows that's not true at this point. I think you probably can't trust many ISPs or OSPs or anybody. It's a sad state of affairs that you can't. People just need to start being more sensitive about what they put out there. Users truly don't have much control over their data and how it's used after it's produced. People need to be more sensitive and more educated about what they share and who they share it with. Very few OSPs truly have your back when it comes to that.

Now, moot wants you to go draw something.