Just.me tops up funding, launches on Android in fight for relevance in messaging

The fight for supremacy in mobile messaging is one of the most important battles raging right now, with Facebook pushing Messenger, Google beefing up a newly cross-platform Hangouts app, WhatsApp counting cash from its 250 million users, and Asian giants such as WeChat, Line, and KakaoTalk all counting their users in the hundreds of millions.

Hoping to snare a bit of that momentum, and apparently already catching the eye of some big-Internet suitors, Mountain View-based Just.me today finally launched its Android app. According to CEO and founder Keith Teare, the startup has also brought in another $750,000 in funding, all scraped up in the last four weeks. The top-up pushes Just.me's total funding to $3.5 million.

The Android app was a glaring omission in Just.me's portfolio, given that the company made a point of launching globally from day one in April, treating markets such as China and Japan with the same importance as the US-based on the thesis that America is no longer the epicenter of the Internet. While the iPhone is still top of the heap in the US, Android dominates the smartphone market in almost every other country. 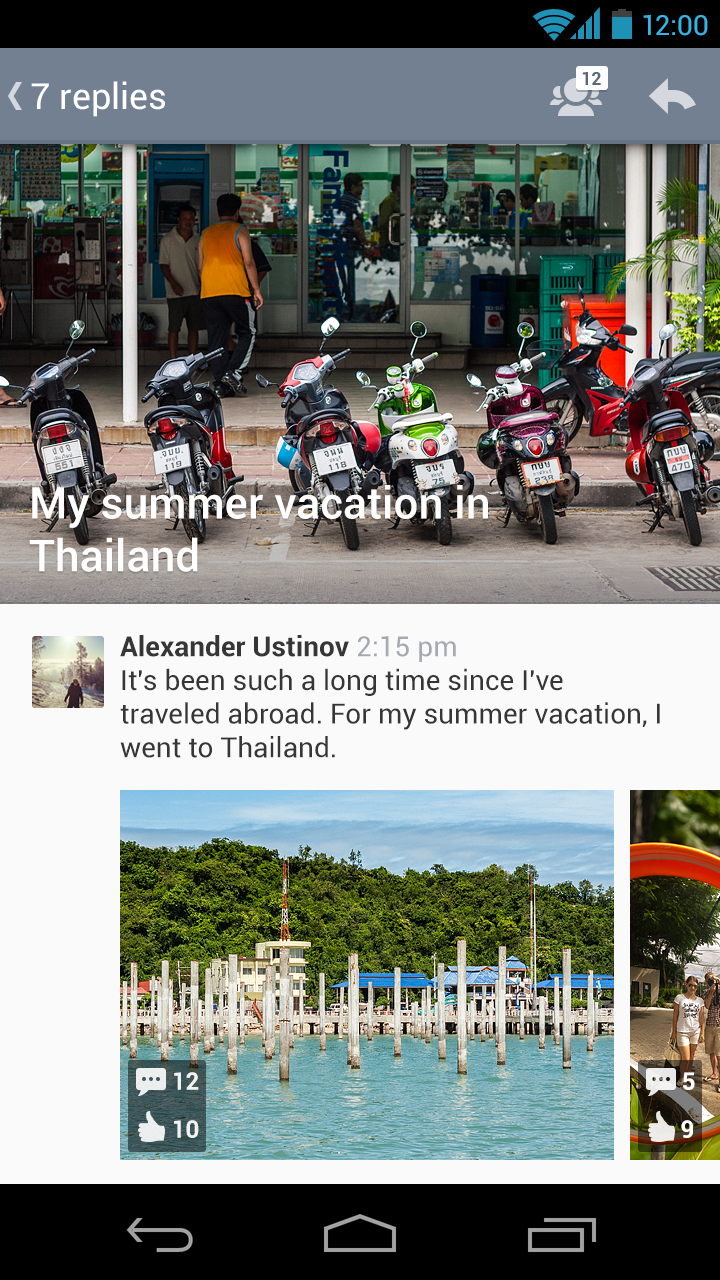 Just.me is a kind of uber-app, offering not just messaging, but also photo- and video-sharing, and email, while letting users choose whether to share content publicly, privately among friends, or just keep it to themselves. According to Teare, the company is also working hard on NSA-proofing the app by building in end-to-end encryption and letting users take back any message sent to anyone at any time.

On top of its Android launch, Just.me has also enabled the receipt of, and replies to, messages through its website, lending it a much-needed Web play that so far distinguishes it from most other messaging apps on the market.

It seems unlikely that Just.me can achieve major scale on its own as an app, however. Smartphone homescreens are already too crowded as it is, and the messaging field is overheated. In North America alone, Kik, MessageMe, Pinger, Tango, TextPlus, and Invi are scrapping for users, and that's to say nothing of Facebook, Google, and Apple's iMessage.

In other words, Just.me's growth opportunities are likely limited. Its early numbers suggest as much: It so far has only 250,000 users. Meanwhile, MessageMe, which is about 15 days younger than Just.me, claims 5 million users. (When any young company reports numbers that high that early, however, you have more than fair reason to be suspicious, not least when there is big venture money on the line.) So Just.me's best hope, perhaps, is that it becomes an acquisition target for a big player that wants to improve the mobile communications on its operating service. Teare himself has made an argument that would seem to align with this way of thinking.

In a guest post for TechCrunch published about a month after Just.me's launch, Teare wrote: "As mobile moves from its Windows 3.1 – single-use apps – era to its more integrated future, apps that used to stand alone will have their features sucked into the operating system. Google and Apple have an advantage here of course as they own the operating system.”

For an app like Just.me, then, the future might not be such a solitary one. To get ahead in this space, it's going to need a powerful friend.