When Edward Snowden entered Hong Kong after leaking classified NSA surveillance documents, the story goes that he held four laptops in his possession. What's on the computers? And why did he need four of them? According to the Guardian, the laptops "enabled him to gain access to some of the US government's most highly-classified secrets." But US officials told CNN yesterday that Snowden didn't even gain access to the juiciest details of the NSA's surveillance program (though you could understand why they'd want to downplay the damage he caused). Meanwhile, the New York Times got a heap of criticism after publishing anonymous speculation that Snowden had unwittingly provided China with classified information, simply because he brought his secrets-laden hard drive into Hong Kong.

We can speculate all day about whether Snowden had files on his person, whether they were "super-secret" or merely "secret," and whether China got a hold of them or not. But while the answer is elusive, the question of what's on the laptops is deadly serious: Foreign Policy's Noah Shachtman writes that, assuming China and/or Russia searched his files, the content of his laptops could mean the difference between 10 years in prison (for merely releasing classified information) and a death sentence (for delivering that information to a foreign power). If the laptops are clean, then it will be harder to prosecute Snowden for "aiding an enemy."

Would Snowden take such a risk? Shachtman says probably not, writing that the legend of the four laptops may be exactly that -- a legend:

The closer you look at the "four laptops" story, the more it seems like a ruse designed to keep spies in Washington and Moscow guessing. Why would Snowden need four computers to carry the NSA data when a portable hard drive the size of a hand can carry terabytes of information? Why would he hold on to such information when he knew he would be a target for Western intelligence agencies -- entities that "no one can meaningfully oppose," as Snowden put it.

So is Snowden punking us? Will the US seize his hard drive only to find fan fiction, pirated spy movies, and cat videos? Is the only secret access offered by Snowden's laptop the password to his OK Cupid page?

Is this your desktop, Mr. Snowden? 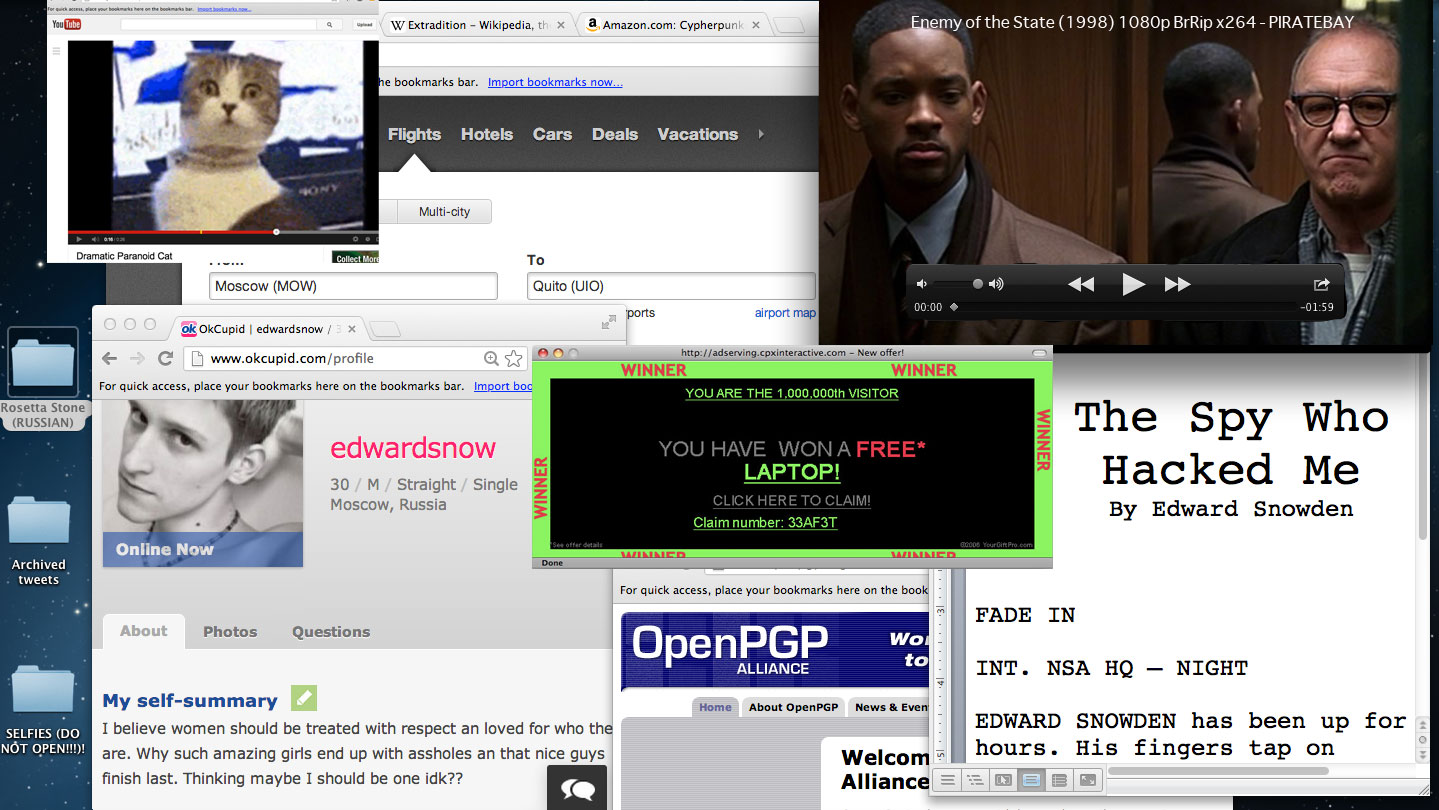