Google Fiber and high-speed innovation in the vale of Moroni

I’m sitting in the Mayor’s office in Provo, Utah, and John Curtis -- a 53-year-old Chinese-speaking former executive of a shooting-range target manufacturer -- is enthusing over a retweet from Google. “Yesterday we finalized the last details on the deal with @googlefiber!” Mayor Curtis (1,103 followers) had tweeted that day. “Provo is now the happiest city in Happy Valley.” The @googlefiber Twitter account (20,491 followers) helped spread the news. Curtis, broad smile on his face, says that retweet is “kind of a cool thing.”

Provo, a city of about 115,000 people cuddled up to the slopes of the jagged Wasatch Range, will be the third municipial recipient of Google’s super-high-speed Internet program Fiber, behind Kansas City and Austin. So, not only is Provo one of the best places in America to raise a family, get a creative job, retire to, and explore the outdoors, according to various lists, but now all its residents will have the option to access the Internet so quickly that they can read Business Insider slideshows in less than a minute.

As part of the deal, by the end of fall Google will offer 1 gigabit Internet speed -- about 100 times faster than today’s average broadband speeds in the US -- to residents and public institutions (libraries, schools, etc) for about $70 a month, with an option to add 200-plus high-definition cable TV channels for an extra $50 a month. It’s also going to offer a free service of 5 Mps speeds to everyone in the city. That means people can fork out $30 to get the hook-up and a router, and then pay nothing for at least seven years, by which point we’ll all have routers attached to our lymph nodes anyway.

In Provo -- which, I should add for the sake of balance, is also home to one of America’s ugliest temples -- Google found a partner for Fiber that could hardly be more tech- or business-friendly. The city has three billion-dollar tech companies (Qualtrics, Vivint, Ancestry) sitting shoulder-to-shoulder in one office park; it is second in the country for patent growth; it is a powerhouse producer of, uh, YouTube videos; and it is catching a startup fever fueled by students and graduates of Brigham Young University and built on the backs of success stories such as Omniture and the Big Three mentioned above. The City itself is so amenable to business that it let one of its biggest companies, anti-aging cosmetics company Nu Skin, permanently shut down two blocks of a major downtown street, diverting a commuter train in the process, so it could expand its headquarters in a $100 milllion building project.

And yes, everyone in the city has skin as smooth as formica.

All these things explain why PandoDaily sent me here to do a reporting trip, and they explain why I’m sitting in the cushiest armchair in the Mayor’s office talking to Curtis and two of his deputies. (Later, the deputy Mayor for economic development will graciously give me a two-hour tour of the city.) I’ll be writing a series of stories over the next week or so about Provo’s surprising rise as a tech city, what makes these Mormons (as about 88 percent of the city are; the local radicals hang out at a coffee shop) so freakishly entrepreneurial, and why any Internet company dealing with genealogy has to come through the Church of Jesus Christ (of Latter-day Saints).

But back to Google Fiber. Mayor Curtis says the benefits it could bring to Provo are immense, even if the City doesn’t yet know what they’ll be. He envisions an acceleration of innovation, an uptick in people wanting to move here, and endless potential in the local education, health, and business industries, especially for sectors that rely on shifting thousands of large files from place to place every day. “We view it as epic,” says Curtis, referring to a slogan from the PR campaign that led up to the Fiber announcement in April. 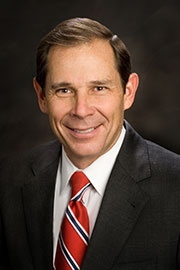 Curtis has proven himself something of a dab hand at public relations. To get in touch with him for this interview, I simply sent him an email -- his address and cellphone number are listed on his website. He spends a one or two hours every day replying to his constituents, colleagues, and reporters. He also maintains a regularly-updated blog, which he uses to present a friendly face to the city. “It’s more of a soccer mom blog than a political blog,” he says. Recent posts include a paen to laughing gas and photos of his socks. (He speaks Chinese, by the way, because he served two years as a Mormon missionary in Taiwan. A lot of people in this city speak a second language.)

For Curtis and the City, the Fiber project also solves a nagging problem. Provo first built out a to-the-home fiber-optics network in 2004 and ran it for four years until, in a moment of misjudgment, it sold it to a company called Broadweave, which later merged with another company to become Veracity. As it turned out, Veracity couldn’t keep up with the payments. So last year the City was forced to buy the network back and contract it out to Veracity to operate on its behalf. Some people in the city saw the network as a millstone around Provo’s neck. Veracity was paying the City between $95,000 and $125,000 a month, which it reinvested into the network.

Strapped for a solution and stuck with no companies in the area that had enough capital to take the network under their wing, the City put out a request for proposals. They received a handful of responses ranging from big companies to individuals. Some of the proposals seemed viable; others were crazy. Then, in the middle of last year, having seen the Kansas City announcement, the Mayor’s office decided to reach out to Google. Perhaps the company could do something with this?

In October, the City got a call from Kevin Lo, the general manager of Google Fiber. Maybe this could work. Negotiations played out over the following months until, on April 17, the two parties were ready to announce their pact. It took 90 days to get the paperwork done -- and in fact some dotted lines still need to be signed –-- but Google took the liberty of getting started with updating the infrastructure. It is using Provo’s existing fiber by adding its own network designs and equipment.

And so the problem of Provo’s unaffordable fiber was solved.

“It will be a steroid,” says Curtis, the happiest Mayor in Happy Valley. “This opens up a whole new vista of opportunities.”

And, hey, the view from Provo already looked pretty good.