Why Provo's Qualtrics took $70M it didn't even want

Three years ago, Qualtrics was a company of 40 people crammed into a dingy office space that had eight-foot-high ceilings. All of the furniture, including the cubicle walls, had been scavenged from garage sales. None of the chairs matched.

Today, Qualtrics is a company of 350 people, 160 of whom joined in the last six months, occupying three floors of a brownstone building that stretches the length of a football field. It has just opened up a 50-desk office in Dublin, Ireland to cover Europe, the Middle East, and Africa, and it expects to outgrow the space in the next 18 months. It has more than 5,000 customers in 25 countries, including more than half of the companies in the Fortune 100. Last May, it brought on $70 million of funding from Accel Partners and Sequoia Capital -- rival firms -- even though it didn't need, or even really want, the money.*

And all this was built on the back of survey software produced in Provo, Utah, population 115,000.

Qualtrics was founded in 2002 by Ryan Smith and his father, Scott, a statistics professor at Brigham Young University who came up with the idea for the company while recovering from throat cancer. The disease had almost claimed his life. Doctors had told the Smith family that Scott would die, but the family refused to accept that as an answer. They checked Scott into Utah's Huntsman Cancer Institute, one of the world's leading cancer hospitals. The doctors there removed the tumor and saved his life.

While recovering from the operation, Scott wrote down some ideas on a pad for his son Ryan, who would ultimately drop out of his business degree at BYU to put them into practice with the help of his college roommate, Stuart Orgill, who came on as co-founder. Scott's basic insight was that a company could build and sell survey software that would do statistical calculations in the background while people responded to the questions. The platform that Qualtrics would ultimately build provides real-time insights so enterprise staffers can make data-based decisions about their companies. 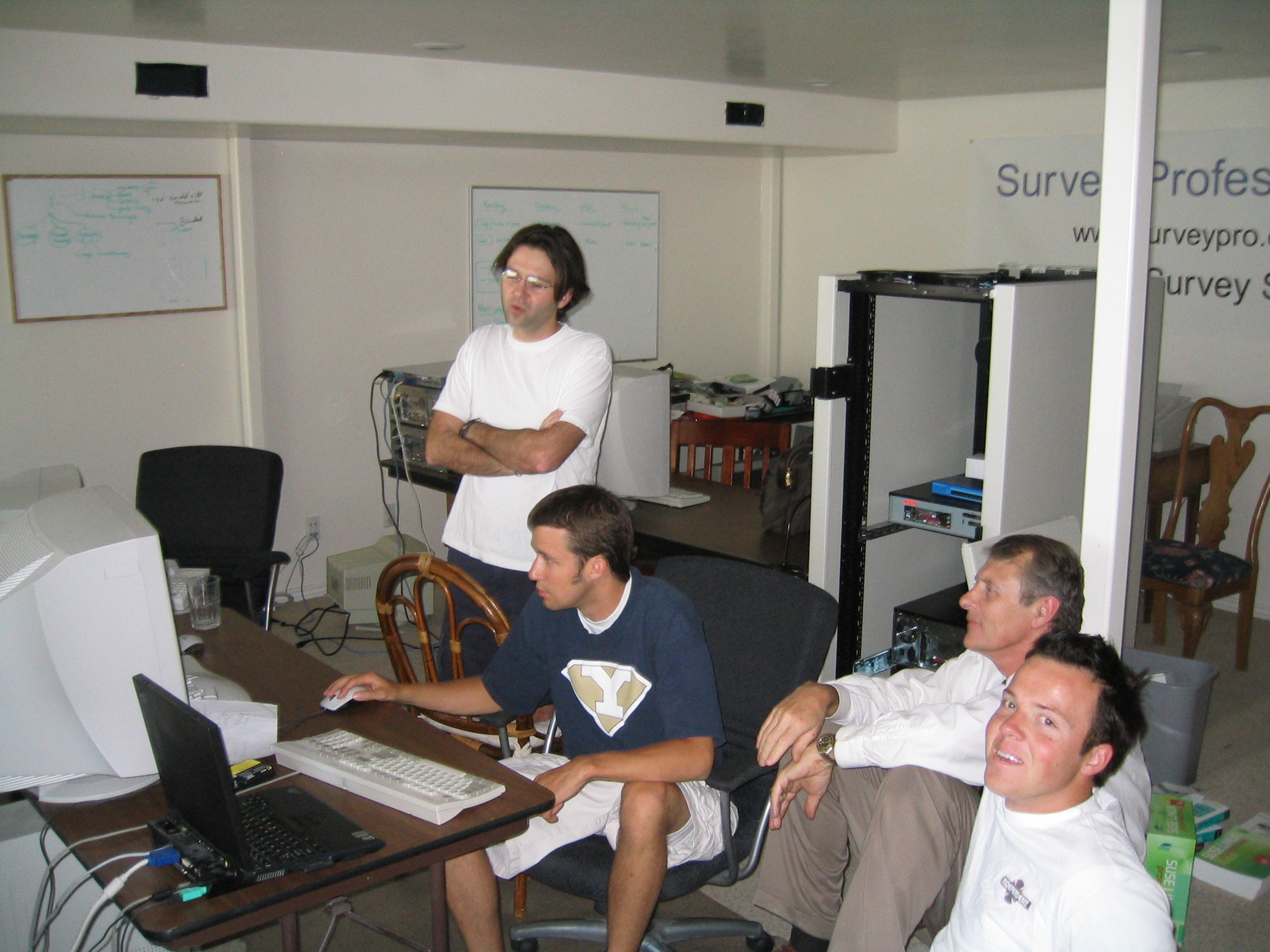 For a while, Qualtrics kept its headcount low and focused solely on university customers, a base that grew to include hundreds of institutions from around the world. Then, in 2010, older brother Jared came back to the company after several years with Google. Jared, an engineer who worked at a business intelligence startup in New York in the early 2000s, had helped Qualtrics build its product in its early days before accepting an offer from the search giant and moving to Beijing to help run the Google China office alongside Kai-fu Lee. On returning to the family business, Jared looked at the books, was blown away by the numbers, and said, "Let's hire more people."

At this point, Ryan was receiving daily calls from interested investors at the rate of one or two a day. Actually, he had been receiving those calls every day for four years. Until then, however, he wouldn't give the investors -- whether they be private equity firms, investment banks, or venture capitalists -- any hope. The company wasn't interested in giving up a chunk of the company for cash that it didn't need. It was doing just fine on its own. "There was no point," says Ryan of the idea of bringing on extra funding. "It was a waste of time." Qualtrics was focused on its products and its sales.

But then one of the company's advisors, Duff Thompson, who once served as general counsel at WordPerfect and owns a piece of fellow Provo tech company Ancestry.com, told Ryan that it didn't make sense to just keep saying no to the suitors. Just pick a couple and get to know them, he suggested. They could turn out to be useful guides at some point.

Jared, meanwhile, was far less than convinced. "I thought it was irrational," he says. "On paper, we didn't need it." To an engineer, outside money just added another layer of unwanted complexity to the business.

Gradually, however, Ryan came round to Thompson's way of thinking. Everyone needs a boss, he reasoned, and so it might make sense to bring on a couple of board members who could act as independent referees. Plus, the outside perspective could be useful in pushing the company to new heights.

Ryan ultimately wore Jared down. As an academic exercise, the founders started throwing around what Jared calls "wild numbers" that would meet their standard for an investment. They settled on $100 million.

"We started seeing that all the work we were doing could be something really, really great," says Ryan. "Not just a company that you flip and you all do well -- but a market-changing company."

Qualtrics already had a $500 million acquisition offer on the table. Everyone could have got stupidly rich. But it decided to swing for the fence.

Ultimately, Qualtrics was in such a strong position that it was able to take its pick of investors. The company ended up settling on Accel's Ryan Sweeney, with whom Ryan had a three-year relationship, and Sequoia's Brian Schreier, whom Jared had known personally for seven years. The two funds agreed to put in $100 million, but Qualtrics ultimately decided to scale it back to $70 million. Jared says the impression that the money isn't earmarked for anything in particular -- it just grows the war chest. "It buys a lot of options." Qualtrics wanted Sweeney and Schrerier on the board not for the money, but for their battle-worn business experience.

The funding announcement was something of a "coming out" party for Qualtrics. The company had kept a low profile, focusing on sales instead of marketing and constantly iterating its products. Jared says its product innovation was driven by customers. Every six weeks over a period of eight years, the company released new features and products that customers asked for. "It doesn't take a lot to be innovative," says Jared, who clearly hasn't partaken of the Silicon Valley punch. "Clients will tell you their pain."

For 10 years, Qualtrics didn't even have a marketing department. Now it does, and the company has also formed a special operations team led by Drew Hansen, who helped start New York media company True/Slant with Lewis Dvorkin, now chief product officer at Forbes. When True/Slant failed to take off, Hansen followed Dvorkin over to Forbes. He was recruited to join Qualtrics six months ago. 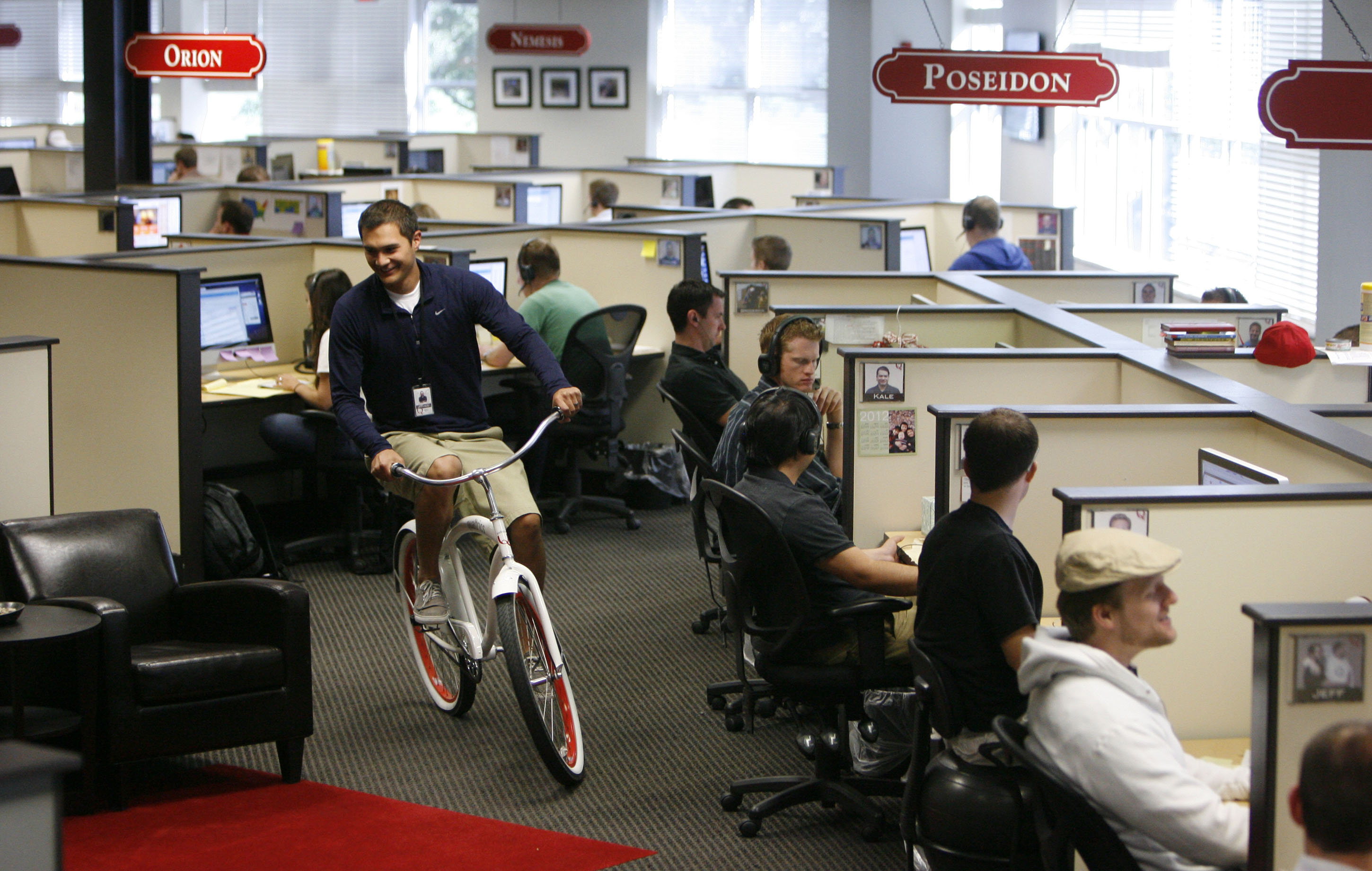 Now the company is almost unrecognizable compared to where it was three years ago. Its headquarters is built for scale, with wide expanses of open floorspace waiting to be filled by new bodies. A vein of glass-walled conference rooms runs down the center of the main second-storey work space, and intermingled with the open-plan work benches are cushy massage chairs, treadmill desks, and a small stage for a band. (A couple of days ago the company used the stage to host "Qualtrics Idol.") Employees wander the space bedecked in jeans and T-shirts, many of the guys wearing Qualtrics-branded baseball caps.

All the chairs match.

But the casual atmosphere belies an intense focus on sales, which it needs in order to compete with rival SurveyMonkey, which in January raised $794 million and got a valuation of $1.35 billion. Qualtrics likes to say that it offers a Rolls Royce product with Ritz Carlton service at a Honda sales point. Its large in-house sales team, sourced largely from BYU, deserves the credit for much of the company's progress so far, says Jared. "I would argue the company succeeded first and foremost because of the salesforce."

Qualtrics says it likes to focus on "things that matter" rather than hype, which is an ethos common to many Utah companies. That's how the story of three billion-dollar tech companies in one office park escaped the media (except, of course, your humble servant PandoDaily) for so long. There are other low-profile success stories in Provo, too, such as auto-industry analytics company DrivingSales, established in 2008, whose average annual revenue growth rate is 200 percent; and HireVue, a digital interviewing company first set up nine years ago by a 20-year-old in his parents' house that in the last four years has raised $25 million in funding and counts Walmart, Nike, and JP Morgan among its customers.

In keeping with the heads-down Utah business culture, you won't find any executive profiles on the Qualtrics website. The company cares about its product, not its founders' egos. "A lot of people stand up and say 'We're brilliant and we got it right,'" says Jared, expanding on the company's ethos. "Very few people stand up and say, 'We were lucky and worked really hard.'"

Qualtrics, he posits, fits into the latter category. WIth $70 million added to the company's war chest -- and even matching furniture -- one has to wonder what kind of luck the next decade will bring.

* [Disclosure: Accel Partners is an investor in PandoDaily.]