Study: Mobile news "snacking" is up sharply, but tablets are the killer news devices

People are turning to their mobile devices to read news more than ever before, but they’re spending less time in news apps on each visit, according to new figures from mobile and Web apps analytics company Localytics.

After studying the behavior of people on 100 million devices across 500 mobile news apps from July 2012 to July 2013, Localytics has found that news apps are becoming an increasingly important part of the daily media consumption diet, even as habits shift towards shorter, sharper bursts of activity.

The number of times people open their news apps has grown by 39 percent year-over-year, according to Localytics, from 18 times per month to just more than 25 times per month. Simultaneously, however, session lengths have decreased by 26 percent.

Despite the shorter reading times, people are spending more time in news apps over the course of a day than most other apps. Each user spends just over four minutes a day reading news apps, which is about one minute longer than the average time spent in other types of apps (for the first half of 2013). It’s also an increase of 5 percent compared to the figures from the same time last year.

The study also found that people spend far more time accessing news app content on tablets than on mobile phones – 50  percent more time, in fact (Update: Localytics has since corrected an error in its original reporting). And the lion’s share of social sharing comes not through Facebook or Twitter but through private messages. As it turns out, 80 percent of content shares from apps happen by email. 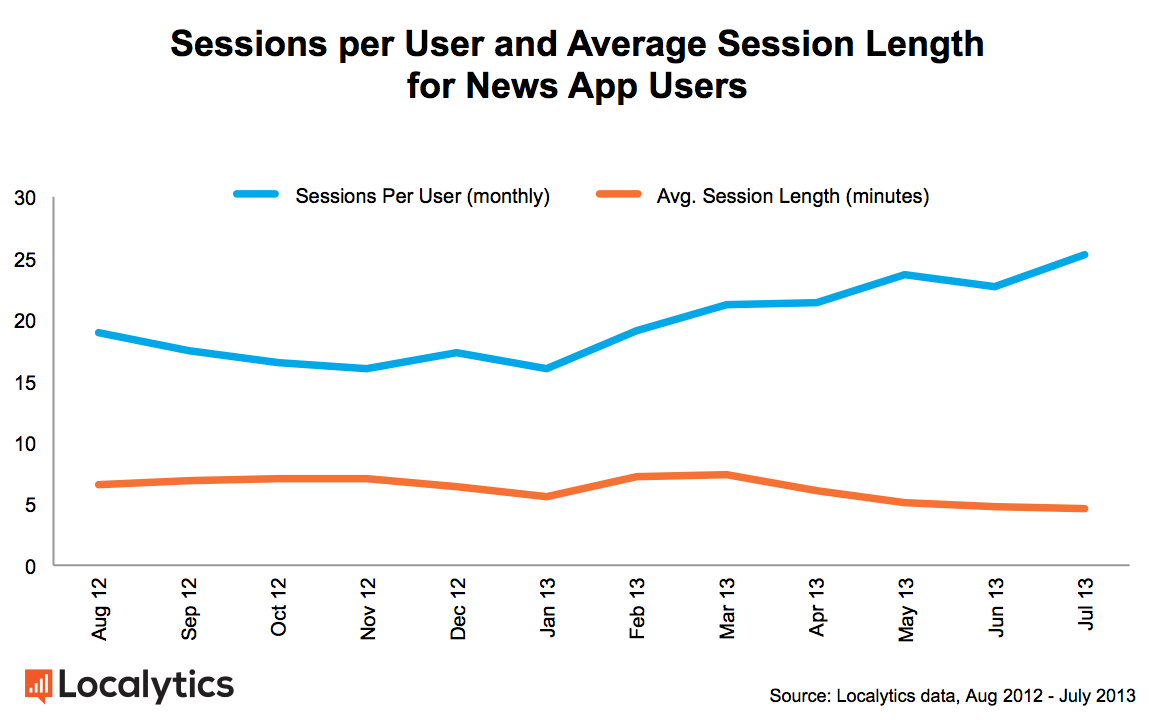 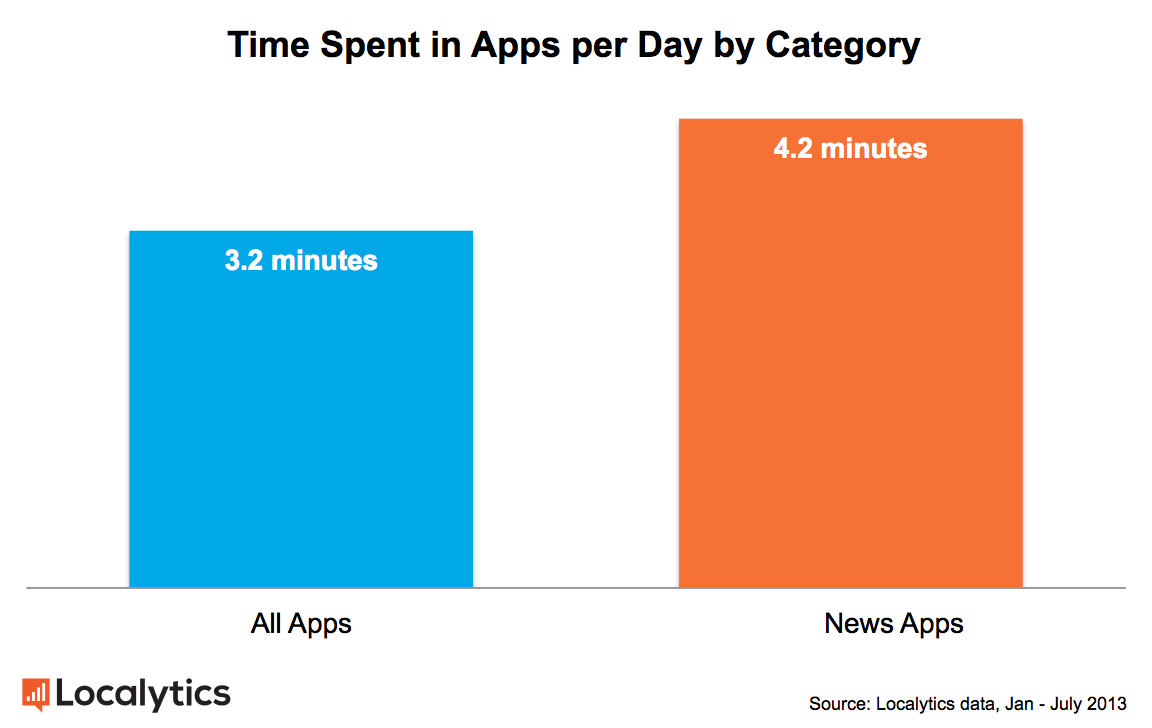 These findings demonstrate an important trend for people in the news business, showing that people prefer to "snack" on news on their smartphones, but that tablets offer the ultimate "lean back" experience for more in-depth news consumption. (Circa's ears, no doubt, will be pricking up, and Yahoo may well be congratulating itself on its Summly acquisition.)

The findings might also cause the likes of BuzzFeed and Upworthy, which are optimized for maximum social sharing, to consider reconfiguring their editorial calculus in order to better account for sharing via email. It raises the question, "What's the perfect story for sharing over email?" That, so far, is a conversation that few media organizations seem to be having. As news reading habits increasingly shift to mobile, it may well become more important.

Localytics' figures supplement those of Pew Research, which has found that Americans' daily news-reading habits are becoming increasingly mobile in general, with half of the country's smartphone owners and 56 percent of tablet owners using their phones for news in 2012. Pew also reported that the most common way people get news is by going directly to a news organization's website or app. Meanwhile, a recent survey by Foresee.com also found that people prefer their mobile devices over PCs when it comes to reading news.