The real Elysium: Send your dead loved one into space for $2K

If you want to go to space, you can go to school, study hard, get good grades, work for a few years, then wheedle your way into NASA and apply to be an astronaut.

Or you can be a celebrity or a millionaire and sign up for the first voyage on Virgin Galactic, set for its first flight this year, at the cost of $200,000 for a two-hour trip. (If you’re lucky, you might get the seat next to Justin Bieber.)

Or you could join 80,000 other people in signing up for a one-way ticket to Mars, where Dutch non-profit Mars One hopes to establish a colony. But that flight doesn’t leave until 2022.

But there is another choice. A startup called Elysium Space is offering an easier, cheaper way to get into space – and it will have you there by next year.

There is, however, a slight catch.

First, you have to die.

For $1,990, Elysium Space, which is today announcing itself to the world, will send a portion of your cremated remains – or those of your loved one – into space on a CubeSat that will then orbit the Earth for several months before ultimately re-entering the atmosphere and burning up in in a spectacular blaze. With that entry fee, you’ll also get the opportunity to watch the launch live, and you can track the satellite’s movements via a mobile app.

After signing up and paying for the service at the Elysium Space website, the company sends you a scoop and a small capsule, which you fill with Aunt Ann’s ashes from that urn you always keep under your bed. You then send the package back via USPS (UPS, FedEX, and DHS won’t ship cremated remains), and Elysium loads up the capsule, along with a few hundred others, onto the small spacecraft in preparation for take-off.

Elysium’s first launch is scheduled for summer 2014 and will take place at the Canaveral Air Station and Kennedy Space Center in Florida. The Elysium CubeSat will actually piggyback on a much larger satellite that weighs about 6 tons. Elylsium’s loaded CubeSat will weigh only about 3 kilograms. Still, that flight doesn’t come cheap – it costs a few hundred thousand dollars each time, which is why Elysium needs several hundred capsules on each flight to make money.

Elysium's step-by-step guide for getting your loved one's ashes into space.

The project’s Android app is already available, and the iPhone app is coming soon. Once the satellite has been launched, you can follow its movements via the app and share in your loved one’s celestial journey, all the way up until the point when the spacecraft heads back to earth and burns up in the atmosphere, leaving behind no orbital pollution. The chances of you being able to see the “shooting star” effect of that final blaze are astronomically slim (if you use a telescope, you’ll see what I did there), but you’ll be able to look to the heavens on the night in question and just imagine that the first shooting star you see is Aunt Ann.

Elysium Space is actually the work of one man, Thomas Civeit, a Frenchman whose space work credentials might just qualify him as a genius. The 36-year-old, who got his master’s degree in astrophysics from the Paris Observatory, spent seven years working on various space programs in Europe and the US. His jobs have included:

It was that last job, which started in 2010, that brought Civeit into the world of startups and exposed him to the entrepreneurial culture of the Bay Area. Until then, he didn’t think much about starting his own company. In San Francisco and Mountain View, however, he found himself surrounded by people who wanted to start their own companies. There were events almost every night dedicated to entrepreneurial activities, where he could learn about everything from public relations to startup law to sales. It was like free knowledge. He was inspired.

“I started to think about how to make a mass market product using a space technology,” Civeit says over a Skype call, “especially because space is something that is not just for science, but also for human beings, as any place. It has inherent values like beauty as well.”

He considered ways in which his space experience might open up business opportunities. 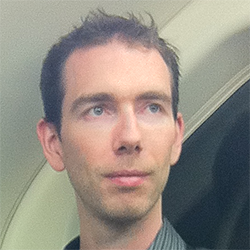 Space tourism was one idea, but it’s very expensive and very hard. Virgin Galactic, for instance, was founded in 2004 and still hasn’t made its first flight. Plus, at $200,000 a ticket, it’s not exactly a mass-market experience.

He also considered high-resolution imaging, but that would be resource-intensive, too, and Skybox Imaging is already doing good work in the that field.

But memorial space flights? His market research told him that was something that could work, and he believed he could manage most of the workload by himself, at least initially. He also noticed that another company, Celestis, is already offering a similar “ashes in orbit” service, but that it costs $5,000. He figured he could do it for much cheaper. While the price of the first Elysium Space flight is $1,990 per “passenger,” he hopes the price will eventually come down to the point where it will eventually be just another one of the costs associated with funerals, like flowers or a coffin. (Celestis, it should be noted, does offer an “Earth Rise” service, which will send your ashes up into space on a 15-minute trip that costs $995.)

Civeit is bootstrapping the company and works with four part-time consultants, including engineers and an anthropologist, although he’s also in the process of raising a small round of funding. The US is his first market, but he also sees great potential in Japan, which has a smaller population but cremates just as many people as does the US. Also, Japan – which is known for its unconventional subcultures – is more open to adventurous things like, say, eating live frog sushi or, Civeit hopes, dispatching of loved ones into a boundless three-dimensional extent.

Probably the biggest drawback to the whole venture, and one that might ultimately sink it, is its inextricable weirdness. Sending some of your loved one’s ashes into space is ideologically akin to encapsulating them in a diamond. For some, there will be an inherent queasiness to the idea – it may well seem tacky or gimmicky to subject the dead to something that is, ultimately, a purely symbolic jaunt through the Great Outdoors.

But Civeit thinks that the memorial flight experience is not as strange as the “turn the deceased into a gem” trick because it’s similar to an already widely-practised memorial activity: the scattering of people’s ashes. According to Civeit’s funeral consultants, about one-third of people whose loved ones are cremated choose to scatter their ashes, on beaches, at golf courses, in scenic nature spots, or similar environs. Similarly, a third of the people responding to one of Civeit’s surveys said they would go for the space option if they could afford it.

Certainly, space seems to be having a bit of a moment of popularity here on Earth. It’s a coincidence that Elysium Space is announcing itself on the same day as the sci-fi movie Elysium hits theaters in the US, but it does speak to the world’s increasing fascination with space and life (or death) beyond the planet’s atmospheric borders. With Justin Bieber signing up for a space flight and Tesla and SpaceX founder Elon Musk saying it would be “pretty cool to die on Mars” (just not on impact), one has to at least give Civeit credit for good timing. And while at first glance the idea of sending cremated remains into orbit might sound ludicrous, it might also prove unwise to doubt a man who can harness magnetic fields to remotely control a spacecraft that monitors conditions of intergalactic space.

So, hold off on the jokes. If you’ve been dying to go to space, Elysium Space might just be your best chance.