PolicyMic doesn’t sound like a news website that could work. It peddles news and opinion pieces on serious topics, like North Carolina’s voter ID laws, anti-gay policy in Russia, or Republican opposition to immigration reform – all targeted at Millennials, who are supposed to be more interested in pop culture, cat listicles, and themselves. But the fledgling media startup claims that it sees 7 million unique visitors a month, an impressive number for a two-year-old site that covers such furrowed-brow fare.

Online media ratings agency Quantcast puts PolicyMic’s monthly uniques at about 4.4 million, but that still puts it in the same territory as TheOnion.com, which has much deeper pockets and has been around for considerably longer. PolicyMic has raised $1.4 million the Digital News Ventures and the Knight Foundation. [Disclosure: Bleacher Report and Bustle founder Bryan Goldberg, a regular PandoDaily contributor, sits on PolicyMic’s board.]

PolicyMic was founded in 2011 by childhood friends Chris Altchek and Jake Horowitz, both of whom have an interest in politics and media. Based in New York, it shares a similar ethos to BuzzFeed and Upworthy, both of which have mastered the art of traffic generation through social sharing. Indeed, much of its traffic success can be attributed to its ability to make its content go viral, a combination of science and art that PolicyMic has learned through studying the tricks of its senior siblings. 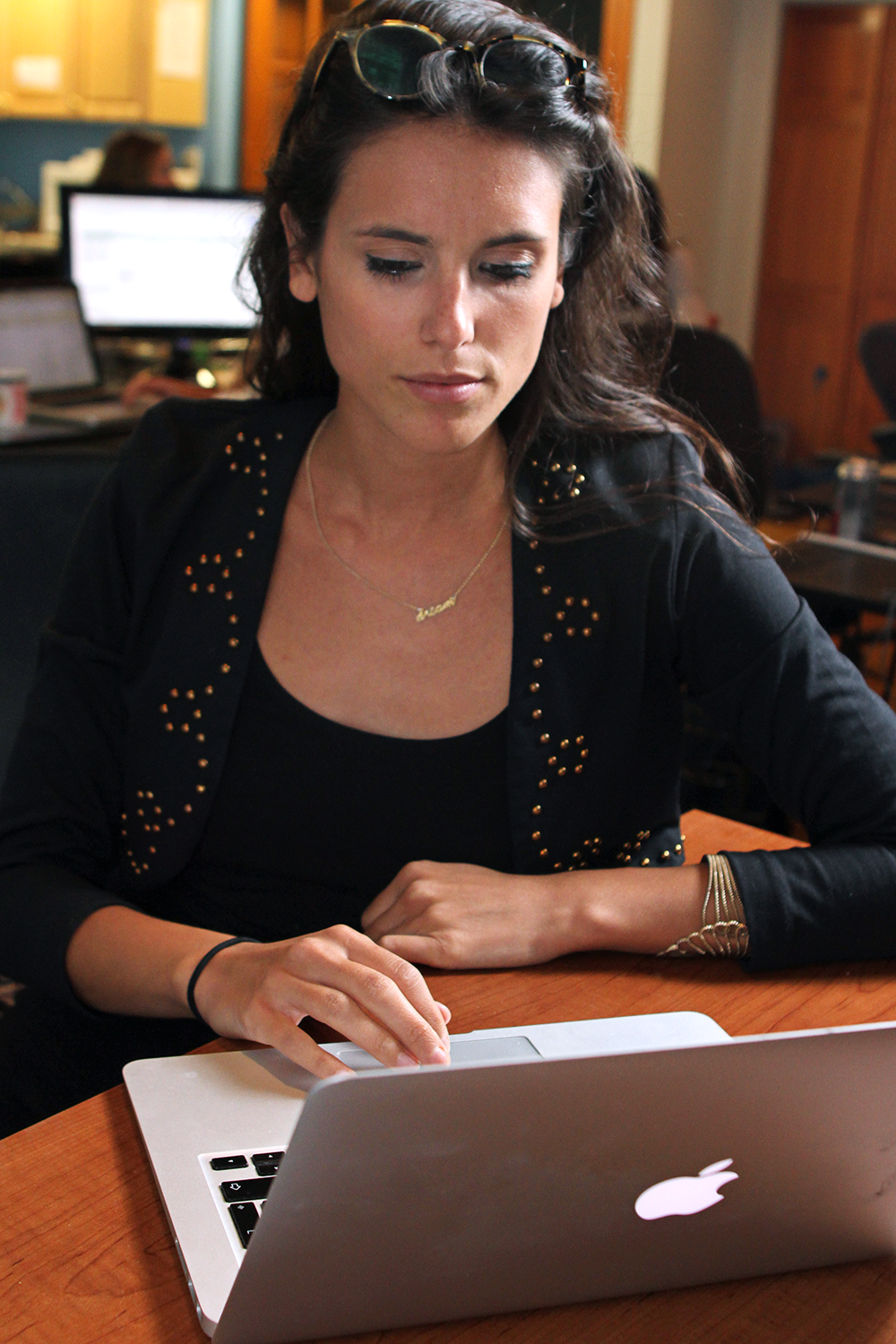 One of the key moves PolicyMic made was to hire Elizabeth Plank as a behavioral analyst. Plank, who studied behavioral sciences and social policy at the London School of Economics, started off as a paid intern and was eventually promoted to the editorial team before being handed the role as head of PolicyMic’s viral team. That team is responsible for assigning story ideas, determining angles, and coming up with headlines for PolicyMic’s writers to work with, as well as seeding the stories through various social channels, such as Facebook and Twitter. (PolicyMic uses a Bleacher Report-like model for sourcing part-time writers from all over the place.)

Plank’s hire had an immediate impact. In January, before she joined, Policy Mic saw 3.2 million visits, founder Horowitz claims. In March, the month she joined, that number rose to 4.2 million. In May, once her work started to take effect, PolicyMic had 7.3 million visits.

Plank had PolicyMic’s developers build a tool so she can monitor content that’s going viral on the Web from a range of properties – including social networks and other media sites – at any given moment. Through using that tool and taking note of which PolicyMic stories have gone viral, she has found that serious stories are just as shareable as frivolous lists about pop singers pulling strange faces and drunk ponies doing backflips.

“I’ve noticed that the whole idea that viral content has to be cat videos or fluff is basically not true,” says Plank, echoing a comment made by Upworthy’s founders about how media organizations have misunderstood what has the power to go viral.

Indeed, in June Plank and Horowitz co-authored a post on the Knight Foundation’s blog that showed only two of the top 15 articles published on Monday, June 17 were lightweight pieces of content. While a BuzzFeed article on “51 animal pictures you need to see before you die” and a piece about preteen metal heads made the list, people were more interested in the protests in Brazil, a Q&A with NSA whistleblower Edward Snowden, and a beauty pageant contestant messing up a question about income inequality.

“What we notice is that especially Millennials are really intrested in smart content and it’s possible to make smart content shareable,” says Plank.

So what are the secrets to making serious content find a large audience through social media? Well, Plank has written a how-to guide for her team, but that’s only for internal use – she refused to show me. Instead, she shared a few tips over the phone. Here they are.

A lot of behavioral science boils down to seeing humans as emotional creatures, Plank says. “Although we like to think we are rational beings, we are in fact driven by our emotions.” That means we respond to bold language in headlines, and content that makes either delighted or outraged. Use a clear voice and stir up those emotions, Plank says, and your stories are bound to be attention-grabbers.

This is an idea PolicyMic copied from Upworthy – it dictates that you should reveal some tantalizing information in a headline (or tweet or status update, or whatever), but not give away too much of a story. The headline should beg to be clicked on in order to reveal its mystery. It should stoke, but not completely satisfy, a reader’s curiosity. Example: “The libertarian answer to the minimum wage debate.”

The underdog-overcomes-bully narrative is always a winner

Readers love a “David and Goliath” story, so play it up. Example: This piece about a “hero mom” who stood up to an officer for sexual assault in front of her infant daughter got almost no attention on PolicyMic, until Plank changed the headline to demonstrate the bullied-confronts-bully dynamics.

People are suckers for protest stories

Just as the Brazil protests attracted a lot of interest on the day highlighted in Horowitz and Plank’s post on the Knight Foundation’s blog, PolicyMic saw a similar spike in interest around stories about the Occupy Gezi protests in Turkey.

Use a lot of images

Posts with lots of pictures are quick and easy to read and eminently shareable, apparently. BuzzFeed with its famous “listicles” is obviously more than aware of that.

This story about the Turkey protests, “Turkey protests: Has the Arab Spring finally reached Turkey?”, has a headline written for search-engine optimization purposes. You’ll notice it has all the key terms “Arab Spring,” “Turkey protests,” to catch the attention of Google’s crawlers. However, the piece has no tweets and just five Facebook shares.

This story about the Turkey protests, on the other hand, is optimized for social. It carries the headline “Taksim Square protest: 11 images from Turkey that will give you the warm fuzzies.” The combination of high-arousing emotion, pictures, and the important event makes it a social winner. It got 48,000 shares on Facebook and 1,400 shares via Twitter.