Epic and Medium step together into longform experiment

On two occasions, Joshua Davis spent seven years working on a story that lived a brief, bright life in the pages of a glossy magazine, only to be ultimately confined to a dark corner of the Internet.

A national magazine will go to great lengths to give a longform story first-class treatment. Designers and editors shine that thing up until it’s a glistening specimen of journalism. But the paper version of the product only get serious attention for the four weeks that the magazine sits on a newstand. Chances are high that the story will then go on to live a neglected digital life.

“I’m so proud of it when it’s in a magazine, and then I’m so infuriated when it goes to live online and it just looks like a blog post,” says Davis of the process. “It’s just unacceptable.”

Davis, like his friend Joshuah Bearman, is almost an endangered species: He’s a freelance writer who makes a living off narrative nonfiction. Longform journalism. The two men have a string of top-shelf credits to their names: GQ, Wired, Men's Journal, Rolling Stone, New York Times Magazine, Harper's. And between them they have sold, or are in the process of selling, options to 20 of their stories to movie studios, who are willing to pay in the hundreds of thousands of dollars for the rights. Most prominently, Bearman sold to Warner Bros the rights to his 2007 story about how the CIA used a sci-fi film to rescue Americans from Tehran. Warner Bros turned it into a move called “Argo,” which grossed more than $230 million at the Box Office. 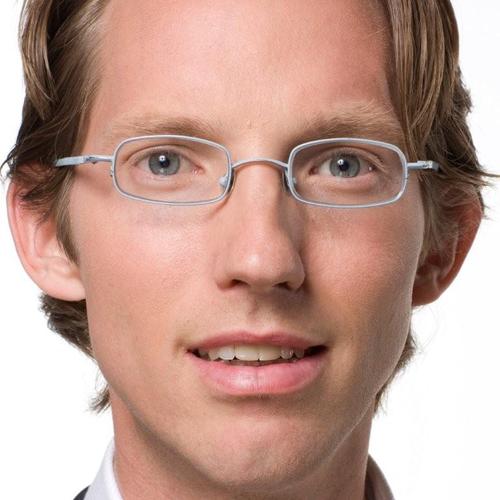 Last week, Davis and Bearman announced the launch of their new longform journalism venture, Epic Magazine, which promises to publish grab-you-by-the-collar narrative stories that lend themselves well to movie treatment. Just as importantly, it gives those stories an online home that boasts the digital decor befitting of major works of journalism. The stories are published on clean pages free of advertising clutter or jumbled sidebars; they sport gorgeous large photos and elegant pull-quotes; the font is crisp and spacious. In look and feel, as much as in the immersive quality of the narratives, they are stories to sink into.

Part publication, part experiment, Epic is bankrolled by Medium, the publishing startup founded by Ev Williams of Blogger and Twitter fame. Bearman and Davis were approached by Evan Hansen, formerly of Wired and now an editor at Medium, at the start of the year about a potential partnership. Like Epic, Medium wants to provide writers with a place where, as Davis puts it, “ideas can go to last.”

“It was just great timing, both for us and for them,” says Davis.

Under the agreement, Epic will publish six stories over the course of 18 months and make each one of them available free on Medium for 90 days. They’ll also sell them in other formats, such as Kindle Singles, audiobooks, and iBooks, which they hope will provide a revenue stream. 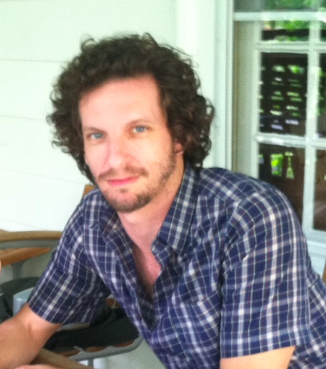 In a Skype interview, Bearman and Davis wouldn’t disclose how much money their benefactor has thrown their way, but, given that this is journalism, and Medium is not exactly a venture capital firm, if you did find out your jaw would likely remain safely in place.

Yesterday, Epic published the first of those stories, “The Mercenary,” written by Davis and edited by Bearman. The 10,000-word feature tells the tale of Roy Petersen, a 62-year-old self-styled commando with a colorful past, including a mission in Peru to track down $3 million in stolen gold bars. The story opens with Petersen in his jungle home in Thailand, near the border with Burma, as he is about to embark on a volunteer quest to track down Al Qaeda in Southeast Asia.

“The Mercenary” is just the sort of story that journalists are finding harder and harder to place. Most magazines, the traditional home to longform journalism, insist on a “time peg” for a story, tying it inextricably to a particular moment. “The Mercenary,” has no such peg. There is no answer to the classic journalism school question “Why am I reading this now?” other than that the story is a rollicking good read.

At 10,000 words, the story would also take up a lot of precious pages in a magazine, space that could otherwise be allocated to photography, fashion spreads, or advertising, all of which seem to have increased as the demand for longform has dwindled. Indeed, in recent years, Davis and Bearman have noticed that magazines are increasingly asking for shorter word counts, which makes previously scarce real estate for longform storytelling only more difficult to come by.

Davis and Bearman hope that Epic can buck that trend, and obviate the seemingly arbitrary insistence on a time peg.

What’s more, a story doesn’t have to fit into a certain theme or fall under a specific vertical for it to qualify for publication on Epic. Says Davis: “I would love to do a story about a dog that ran away and tell the story about that dog’s epic journey.”

Despite shrinking wordcounts in the national magazines, Davis and Bearman are willing to bet that the hunger among readers for narrative nonfiction is as strong as it has ever been. “We think the readers are still there,” says Davis. “We think people love these kinds of stories.”

Their theory has some support. As tablets and smartphones become powerful reading devices and news becomes increasingly commoditized, many publishers are investing in longform journalism. Politico, for instance, is rapidly expanding its magazine team, just as ProPublica has hired more investigative reporters, and The Verge, Polygon, SB Nation (all owned by Vox Media), and BuzzFeed have hired editors, reporters, and freelancers for longform projects. Other new experiments with longform include Aeon Magazine, The Big Roundtable, Narratively, and Beacon, and there’s even a longform publication for millennials, Seersucker. On top of that, curatorial sites such as Longform and Longreads are reporting increased traffic (30 percent up over the last year for Longform, not including traffic to its app), and just two weeks ago Google announced that it is prioritizing links to in-depth articles in its search results.

Of course, the part that no-one has yet cracked is how to fund all this expensive content. Some of the publications mentioned above – BuzzFeed, The Verge, Polygon, SB Nation – also produce shortform news, lists, and analyses, and even aggregate content published elsewhere. Others, like Aeon, The Big Roundtable, and Seersucker are still too new to determine whether or not they’ll last any longer than a couple of years, and Beacon, the details of which remain scant, is yet to launch. Narratively makes most of its money through producing sponsored content for other outlets.

The challenge is no different for Epic, and Bearman and Davis are harboring no secret solutions. They don’t know if people will pay for stories packaged in premium formats – Kindle Singles, iBooks, audiobooks – when those same stories were first available free for three months on Medium. They don’t know if brands or groups might be willing to sponsor certain stories, but they might try that. And while they have the connections and experience to help writers sell stories to movie studios, they won’t be getting any portion of that revenue. The writers will keep all of it themselves, as well as collecting a story fee from Epic.

It might be instructive to note that neither Davis nor Bearman are giving up their other gigs. Davis will remain a contributing editor for Wired, writing three stories a year for the publication. Bearman, who writes for numerous national publications and contributes to This American Life, says he sees Epic as just an additional venue.

So is Epic a business, or just something on the side for these guys? The question causes the Joshes to hesitate. Davis eventually answers.

“Well, it’s a business. So far I’ve made zero dollars on it,” Bearman responds.