The Netflix for books is here, it's mobile, and it makes Amazon look old

As of now, the world has a platform that brings the power of Netflix-style recommendations and all-you-can-eat buffets to bear on one of the world’s oldest and greatest products: books.

Today, New York-based startup Oyster is launching the beta version of its iPhone app. (You can request an invite at Oyster’s website). For $9.95 a month, you get unlimited access to the 100,000 titles from a range of publishers, including HarperCollins and Houghton Mifflin Harcourt. (Penguin Random House, Simon & Schuster, Hachette, and Macmillan are so far notably absent from the list of announced partners.) You also see what your friends are reading, get recommendations and staff picks, and find books sorted by curated categories, such as “Sports Stories,” “Business Essentials,” and “Popular Science.” All of this is packed into a highly usable mobile experience.

It is, essentially, the Netflix model applied to books and built for mobile first.

For now, Oyster is an iPhone-only experience, but founders Eric Stromberg and Willem Van Lancker say they hope it will one day be on any device that is connected to the Internet. An iPad version is coming next.

Something like Oyster was always going to come along at some point. Netflix has shown the power of the subscription-platform model for movies and TV shows, as has Hulu. Spotify has shown it for music. NextIssue has done it for magazines. Someone might try it for news. Indeed, Berlin-based startups Readmill and Dot Dot Dot have already attempted something similar for books, albeit with a smaller range of available titles and no major publishing partnerships. With $3 million in seed money from Founders Fund, SV Angel, and others, Oyster has the resources to be a serious aspirant to the “Netflix for books” title. [Disclosure: Founders Fund is an investor in PandoDaily.]

The model is just too compelling for consumers: Pay a reasonable price, get access to all the content you want without having to own it, and also get the benefits of social and algorithmic recommendations. Other companies might even build apps that use the platform’s data, or sit right on top of it, to improve the overall experience. It’s the Internet doing what it does best, and it makes Amazon’s model of selling individual books in an online shop look old.

Stromberg, who was business development head at the now eBay-owned Hunch, and Van Lancker, a former Google Maps UX designer, say they want people to see Oyster as an unlimited library. The access-over-ownership model has already been proven not only by fellow media travelers Netflix and Spotify, but also by Airbnb, Uber, and Snapchat. “We’re just hoping to be part of that movement,” Van Lancker says. 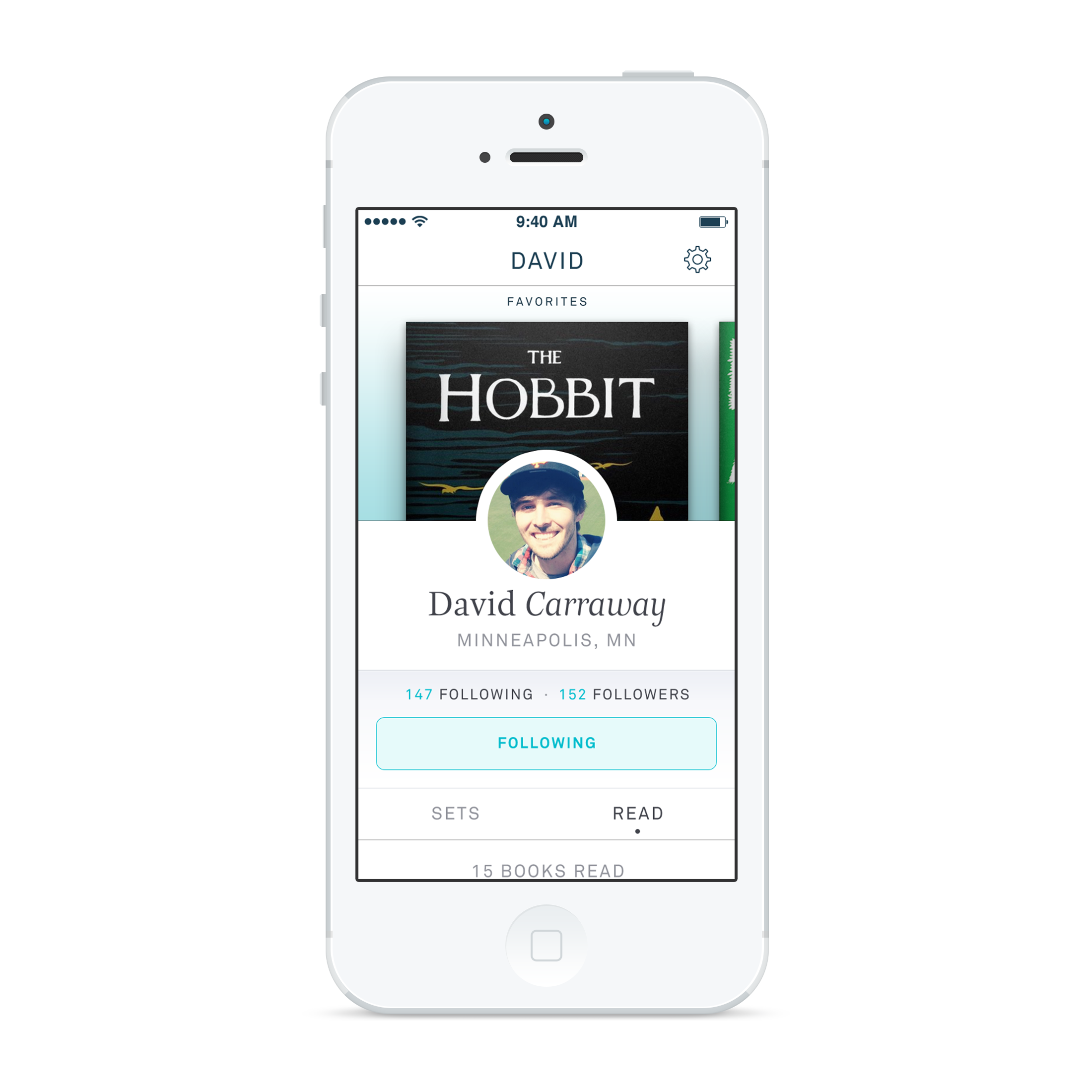 The biggest and most important challenge in being able to pull the platform off, however, is the same one faced by Spotify and Netflix: securing the cooperation of the major content owners. In Spotify’s case, that was music labels. For Netflix, it’s the movie studios. For Oyster, it’s the publishers.

Oyster appears to be taking a “We’re your friends!” approach to its deal-making with publishers. While it carries plenty of bestsellers and Pultizer Prize-winners, it doesn’t offer the newest titles. New releases will take a couple of months to find their way to the app, so the most voracious readers will still have to rely on Amazon, iBooks, or brick-and-mortar stores to fill out their reading experiences. That could ultimately hurt Oyster, which is asking people to pay $9.95 a month for access to its library. (The company isn’t saying how much of that it keeps for itself, or how much goes to publishers.) For many avid readers, that will have to be considered an additional expense to their normal boook-buying habits.

Oyster has done well to sign up HarperCollins and Houghton Mifflin – significant wins that have brought it popular titles such as “The Lord of the Rings” and “Extremely Loud & Incredibly Close” – but without having Penguin Random House, Simon & Schuster, and Macmillan on board, it risks being a hobbled product. Curiously, however, Oyster is also carrying “Life of Pi” and “The Handmaid’s Tale,” published by Knopf Canada and McClellan & Stewart, both imprints of Random House. So it may be the case that Oyster just isn’t disclosing all of its partnerships, perhaps because some publishers are at this point treating the platform as an experiment.

Consumers who have grown used to the comprehensiveness of Spotify’s catalogue may be put off by the fact they can’t always find the exact book they want to read at a particular moment – but, given the publishing industry’s many moving parts and sensitivity to a fast-changing business environment, that is an extremely difficult standard to meet. Netflix, on the other hand, has proven that it’s possible to be an exceptionally successful content platform without having access to all the best titles. And it must to be said: coming out of the gate with 100,000 titles and at least one of the “Big Six” publishers signed up is an impressive achievement. Oyster has the bulk of its work ahead of it. Also on the list of initial partners are Workman, Melville House, Rodale, and Smashwords, among others.

Amazon will be watching Oyster closely for many reasons, but two stand out. First, the all-you-can-eat subscription model is a potential threat to Amazon’s status-quo ala carte model, particularly when it comes to casual readers who aren’t fussed about getting their hands on the new bestsellers as soon as they’re released. But Oyster also has social features that are perfectly married to mobile devices, allowing people to connect with their friends from their address books, Facebook, Twitter. They can also follow other Oyster users. On an activity stream, they can then see what books their friends are reading or have rated highly. That makes Oyster an effective competitior to Goodreads, a books-oriented social network that Amazon acquired last year for a rumored $150 million.

Update: As commenters have pointed out, Amazon's Kindle Lending Library also lets Prime subscribers choose from more than 350,000 titles to read on their Kindles.

For now, Oyster is just a fly on Amazon’s elephantine rump, but given time, more resources (ie, money), and partnerships, it – or something like it – could grow into more than just a pest. Books are wonderful products that Amazon has shown people are willing to buy and read in electronic formats. Marry those products with an ecosystem that promotes more reading and lets you show off what’s on your “bookshelf” to your friends and you have a very interesting proposition – especially when its predicated on the most powerful reading devices the world has ever seen. If Oyster doesn’t succeed with this platform, someone else will.