Yesterday, New York-based startup Oyster launched its mobile books app in beta. Oyster uses the Netflix model, offering users unlimited access to its catalogue of 100,000 titles for $9.95 a month. While not all the major publishers are yet signed up with Oyster, it is already carrying some blockbusters, such as "The Lord of the Rings," "Life of Pi," and "The Handmaid's Tale."

The launch provoked a strong public reaction, ranging from "Whoa this is awesome!" to "Is nothing sacred?". Some people said they'd just stick to libraries, or the Kindle Lending Library. Others griped about the price being too high. Lots of people wondered why it's (so far) only available on iPhone. 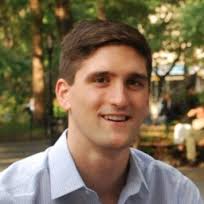 Today, I had the chance to put those criticisms to Oyster co-founder and CEO Eric Stromberg on PandoWeekly, our weekly radio show. Stromberg not only (politely) batted them off, but he explained why he thinks the time is right to launch a product like Oyster. Short version: The rise of access (rather than ownership) models such as those offered by Netflix, Spotify, Uber, and Airbnb; the advent of the age of mobile; and the rise of ebooks. Long version: Listen to the show.

The chat with Stromberg, a Duke grad, history major, and former Wall Street banker who went on to head business development for Hunch, lasts a cool 30 minutes, so you can listen to it while you're warming up your brain for your after-dinner Dickens novel.

Oh, and I got Oyster's website wrong in the podcast. It is not, as I said, oyster.com. It is, oysterbooks.com.