Meet Hex, a smartphone-controlled drone that's tearing up Kickstarter from the backwoods of China

At the end of last month, a Chinese hardware startup called Hex launched a Kickstarter campaign to sell its 3D-printed, smartphone-controlled airbots, which are little flying machines with tiny computers attached. Selling a basic quadracopter set starting at $39, the company hoped to raise $10,000.

Now, with 27 days left in the campaign, Hex has surpassed $320,000. Now the company has added series of stretch goals, which include the ability to give the copter, which is about the size of a saucer and can carry a camera, the ability to fly autonomously to set of a predetermined GPS points.

If Hex’s funding hits $600,000, the startup will have the money it needs to manufacture a larger airbot that has the ability to carry larger items, such as food items. Theoretically, you could instruct one of those things to go pick you up a cup of coffee and deliver it to your 28th-floor office. Look, Hex even did a demo. (While viewing this video, try not to imagine an urban sky crowded with precarious coffee drones – it spoils the effect.)

The Hex copter is hardly the only smartphone-controlled airbot on the market – others such as Social Drones, Airware, and Parrot already have competitive products out there – but it is notable for the fact that it comes from China. Few Chinese startups, let alone big tech companies, have managed to gain any attention in the US. For instance, smartphone-maker Xiaomi, which is privately valued at $10 billion after just three years in business, had to hire a key Googler before it got any serious attention in the US press. Tencent is one of the top five Internet companies in the world by market cap – about the same size as Facebook – but how often do you hear its name?

China is also not well known for its innovation, even as a new generation led by the likes of Xiaomi, YY, and Changba are showing that the country’s reputation as a giant incubator of copycats might ultimately dim. (Also, I wrote an ebook on that subject, so please go buy it.) Provided it can deliver on its Kickstarter promises, Hex could turn out to be a name we can add to the list of innovators.

But another thing that’s odd about Hex is that it doesn’t even come from one of the major tech centers in China – not Beijing, not Shanghai, not Shenzhen, not Guangzhou, not Hangzhou. In fact, Hex is based in the relative backwater of Guiyang, population 3 million (which, you know, is only slightly smaller than the population of my home country – but it’s barely noticeable among China’s 1.3 billion-ish other people.)

So how did it end up there? 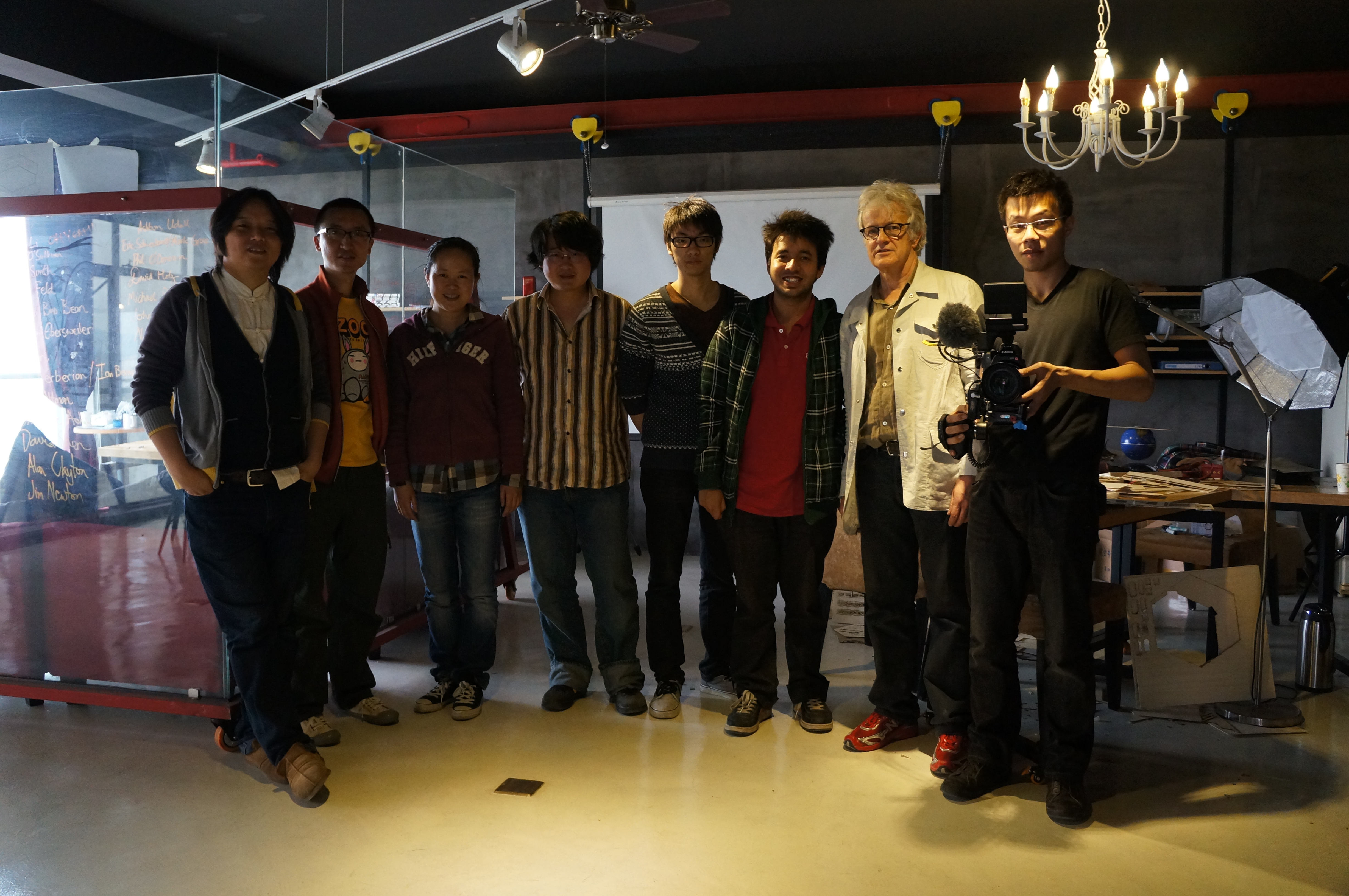 Hex started as a computer-vision company called AngelEyes, founded by five programmers who had been in other startups in the city and were affiliated with the local Guizhou University. A couple of years ago, the company added another cofounder, Arnab Bhadury, who was introduced to the team by one of his professors at Guizhou University, where he was studying computer vision. Bhadury, who is now 20, is from India but moved to China with his parents, who had jobs at the school. He’s now at Beijing’s Tsinghua University but continues to work with the team remotely. One of his biggest contributions to the company was convincing it to change its name.

To get on Kickstarter, Hex had to register the campaign under the name and credit card of Los Angeles-based Benjamin Black, who interned for the company while in China last year and now does software development for the airbot.

The campaign was a big leap for Hex, which for a long time wasn’t all that serious about getting into drones. Bhadury says the idea for the copter came about when some of the team members were joking around in the elevator on the way down from their office to get lunch one day. Because the office is on the 28th floor, and because the elevator was always crowded at lunch times, it would often take more than 15 minutes just to get down to ground level. (Lengthy vertical commutes are common in China.) The guys joked: “If only we had some kind of drone that we could fly down there...”

“We were just talking complete nonsense at that time,” recalls Bhadury. “One thing led to another and we just realized, ‘Hey, we can actually do this.”

They started by making a protoype that was about the size of a manhole cover. (You can see an early vision of the copter in action in this video.) To get it built, they paid someone they found via online market place Taobao – China’s equivalent to eBay – about $1,000. They flew it five times and then it hit a tree and broke.

“It was horrific,” says Bhadury. The company couldn’t afford many expensive mishaps like that.

To make the process cheaper, the bootstrapped startup decided to buy its own 3D printing and digital fabrication equipment so it could make the copters itself. Again turning to Taobao, the guys picked up a CNC mill, laser cutters, and a 3D printer, all for about $1,000. From that point on, they were able to rapidly build new prototypes, and it wouldn’t matter so much if they crashed them. Later, they realized they could use their micromanufacturing tools to offer customized versions of the copter to potential buyers, which is now a key differentiating part of their product.

For most of last year, the Hex team was just playing with ideas. Having fun. But then it was approached by Cyril Ebersweiler, the founder of Shenzhen-based hardware-focused accelerator Haxlr8r, who wanted Hex to join the four-month program. Hex was quick to accept the opportunity.

“Hex was the first team I chatted with every single Monday mornings during the program, and every time what crossed my mind was, ‘What the hell are they going to come up with this time?’” Ebersweiler says via email. “Their creativity level is so high that one of my goals was to bring them down to Earth and transfer all that energy into meaningful and quantifiable goals.”

Bhadury says the accelerator was a defining experience for the company and forced it to get serious. “What really helped was everyone expecting us to do something,” he says. The meetings, mentors, and peer pressure pushed the startup into top gear.

Hex is already one of the biggest Chinese success stories to ever hit Kickstarter. With four weeks left in its campaign, a half-million-dollar milestone seems within reach. At that point, its fledgling business could be set to fly away. Its biggest challenge, as Ebersweiler suggests, will be staying grounded.