If you're a content producer looking to reach people on their smartphones or tablets, it's best to aim for the prime time. According to new statistics released by app analytics specialists Localytics, people are most active on their smart devices at 9pm, with a lull setting in between 3am and 4am. 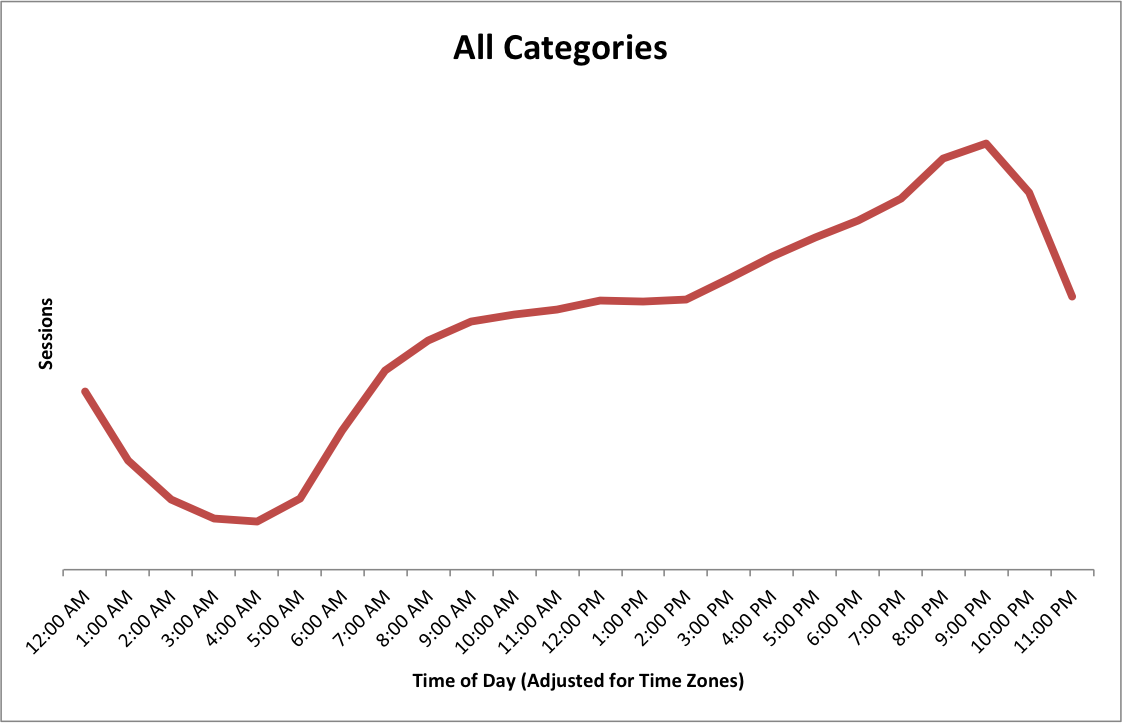 An equally good time for news publishers to reach consumers on their devices, however, is on the morning commute. News app readerships hit a peak at 7am but drop off precipitously at 9am, when workers clock in for the day. For other categories, usage sees a steady improvement from 6am right up until about 9pm. 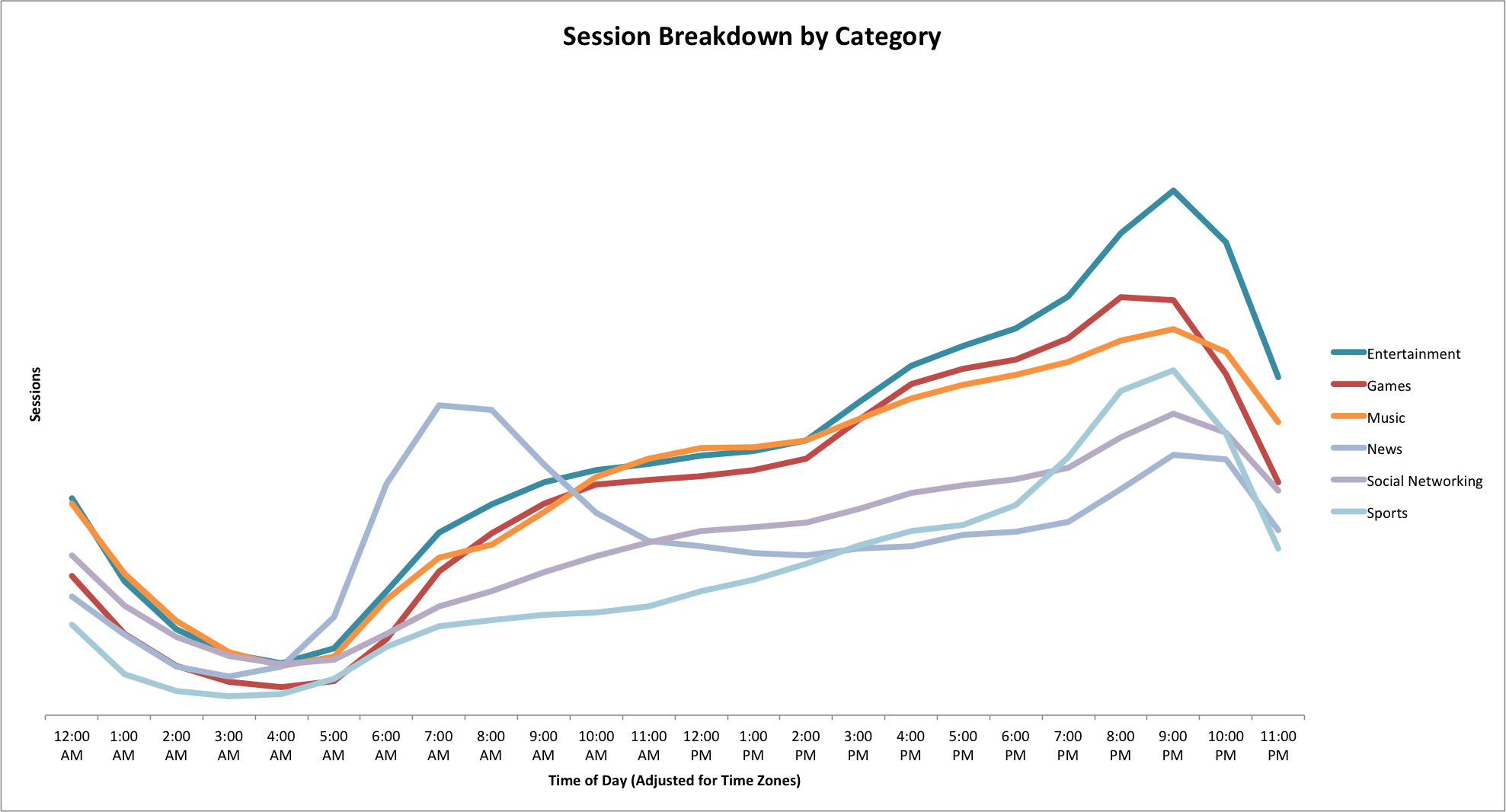 Localytics' data, which tracks 1 billion devices and 20,000 apps, also show that smartphones remain the device of choice throughout the day, likely because few people take their tablets to work. Smartphones consistently rate above tablets, with the most variance in usage coming around the core work hours. 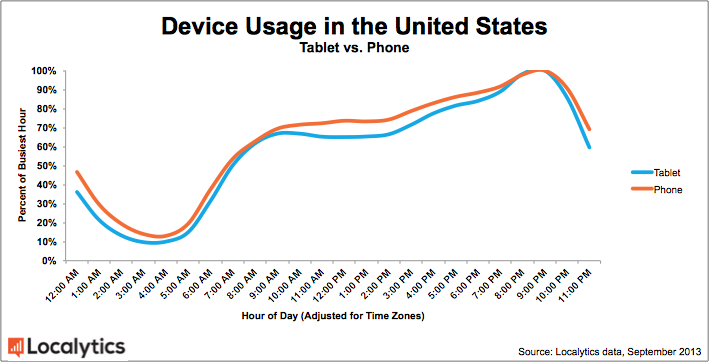 In the weekends, usage trends are surprisingly similar to during the weekdays: peak times for both smartphones and tablets still come at around 9pm. But compared side by side, you can see that weekend use rates for smart devices, measured by percentage of busiest hour, are much higher during afternoon hours than they are during the week. 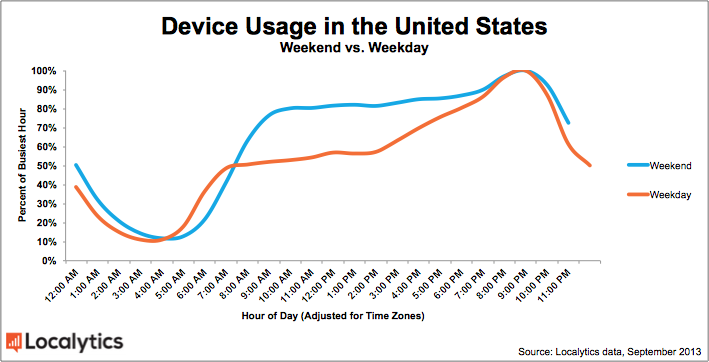 That means that instead of using their weekends to get out into nature, people are taking advantage of their time off to stare into their digital screens.

"Candy Crush" is the reason we fought for the 40-hour work week.