With the new Circa, news follows you

Today, mobile news startup Circa is launching a new version of its iPhone app, expanding to Android, and is subtly shifting course with its strategy. Circa 2.0 still delivers news stories broken up into snippets, but it is adding a new focus on breaking news marked by more push notifications and alerts.

With the new app, readers can choose to follow particular stories as they unfold. The app will intelligently determine what pieces of information in a news story are most relevant to the reader, regardless of chronology, and accordingly display them in order of priority. So if you’ve been following a story about the government shutdown since minute one, you’ll get a push notification every time Circa updates the news. Each time you check back with the app, Circa will show you the most important developments up top, regardless of what time they occurred.

I last checked in with Circa in May, just after it had hired Reuters social media star Anthony De Rosa. At the time, I criticized Circa’s mobile device-centric strategy as confining news to a spare-time activity, when it can be snacked on only if readers choose it over games, text messaging, or Instagramming. Such an approach ignored the need for news to be always available on whatever platform is handy, be it a mobile device or a desktop computer. An important use case for reading news, whether it be on a website, aggregation service, or on Twitter, happens while people are at work, when they’re often bored and looking for distractions. Or straight-up procrastinating. (Hands up if you’re doing that right now.) 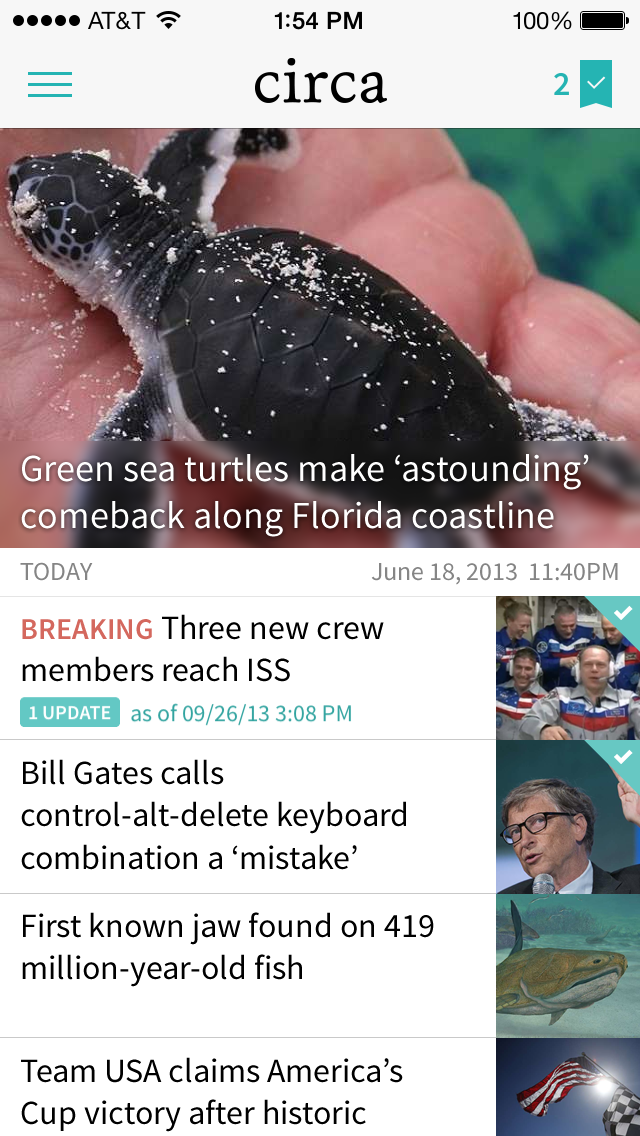 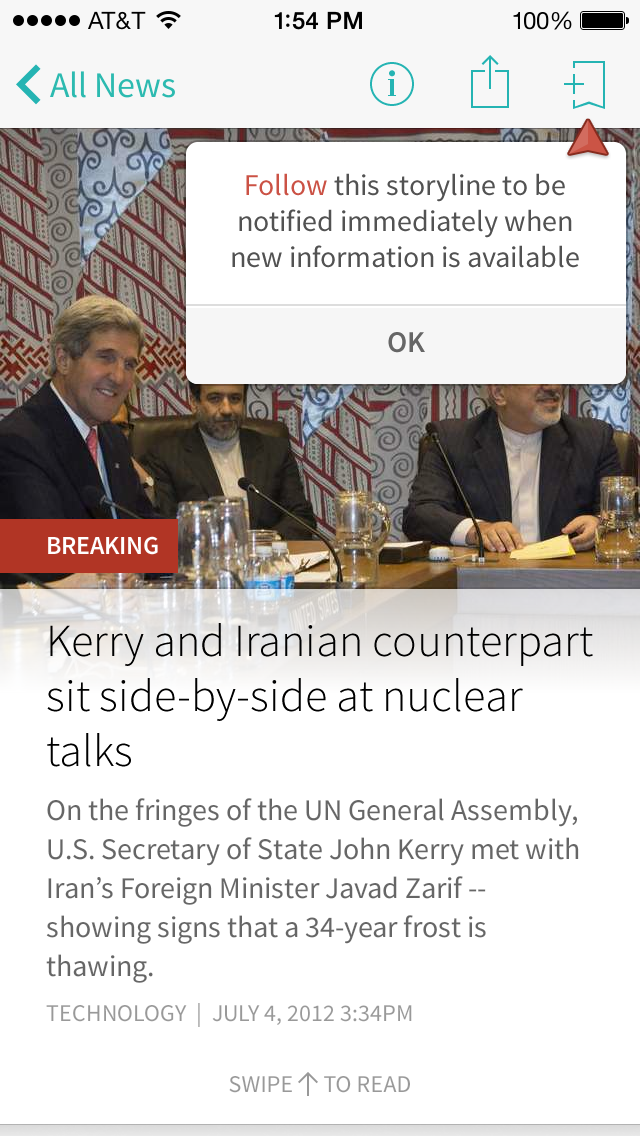 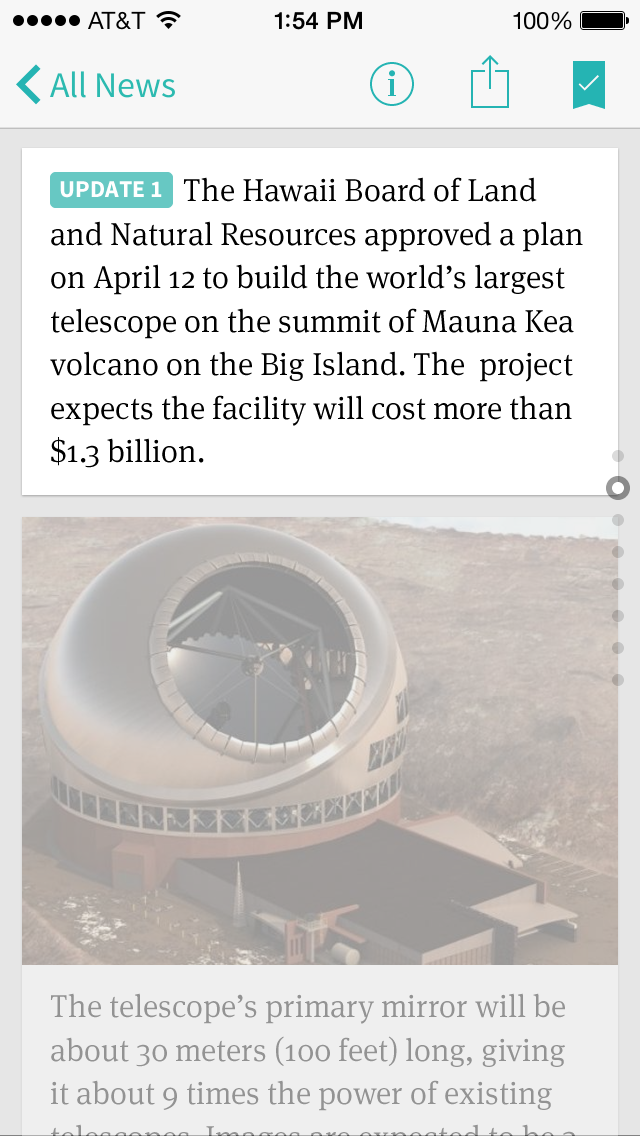 With this update, however, Circa has also signaled a change in the way it thinks about its business. CEO and co-founder Matt Galligan says now that Circa’s mobile focus is no longer just about smartphone apps, but also about the mobility of modern readers.

“To get news in a distinct format, we changed this idea that it’s not just mobile devices but a mobile lifestyle,” he says. “We want to bring news to wherever people are mobile.”

That thesis will one day extend to wearables, Galligan suggests, and it explains why Circa is taking a new approach to breaking news. With the new Circa, the news follows you.

The idea is that Twitter, one of the other major sources for breaking news, is too noisy and unreliable when a story is developing. Circa wants to help readers get authoritative information in a timely manner, and in a way in which they are continually updated instead of having to repeatedly check a news source throughout the day.

Such an approach has the potential to overload people with push notifications, but Galligan says Circa will be discerning with its updates. Continuously updated breaking stories aren’t going to happen every day, he says. It’s more likely they’ll occur once or twice a week.

Circa ought to be applauded for its attempt to innovate the news consumption process, and it is right to switch focus to breaking news. But there is reason to be skeptical about its approach to the production of news in general. Circa’s editors “atomize” news stories from other sources and then publish them piecemeal in a way they think makes sense for people who are reading on the move. But the news story is a fine innovation in and of itself. The inverted pyramid, the lede, the nut graf, the unified body of text – this is a form that has been honed over centuries of evolution. It works, even on mobile devices, and even if you just want to get the pertinent facts in a hurry.

The news story does not need to be reinvented. It’s the news business that needs a hand. So far, Circa is doing little to solve that problem.