Beijing-based App Annie has in the space of three years already established itself as the go-to source for basic mobile app analytics, and now the startup is taking on an area that has proven a challenge for its predecessors: ebooks.

As of today, publishers, authors, agents, and marketers can use an App Annie dashboard to get unified reports on how their various titles are performing on Kindle and Apple’s iBooks. As it already does to popular effect with mobile apps, App Annie now offers ebooks charts, showing the most-downloaded books by category and country for particular time periods. It also breaks out rankings by publisher. (See examples below, but keep reading.) 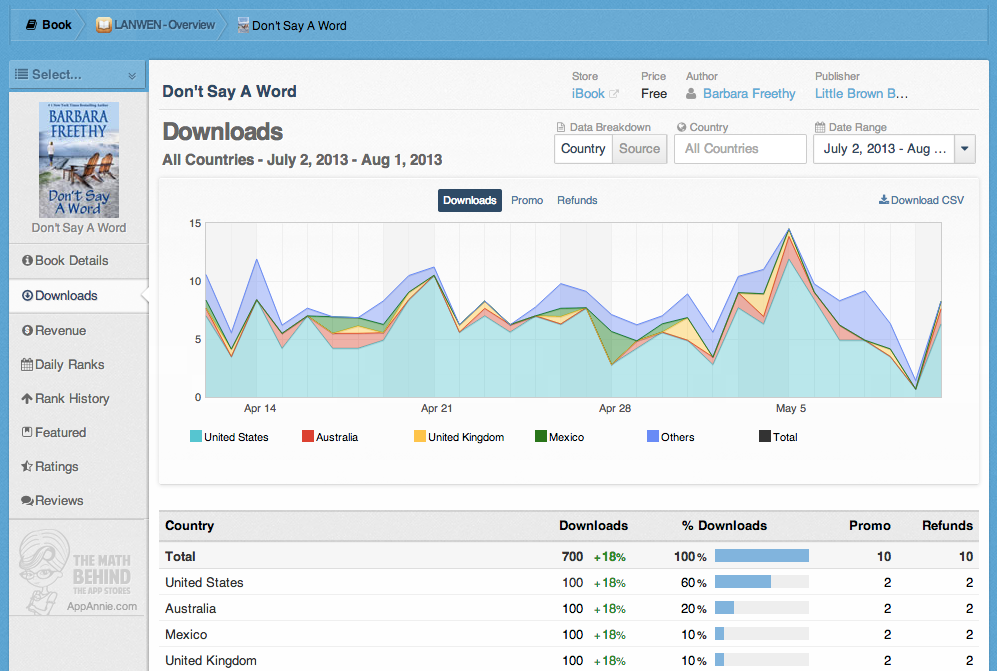 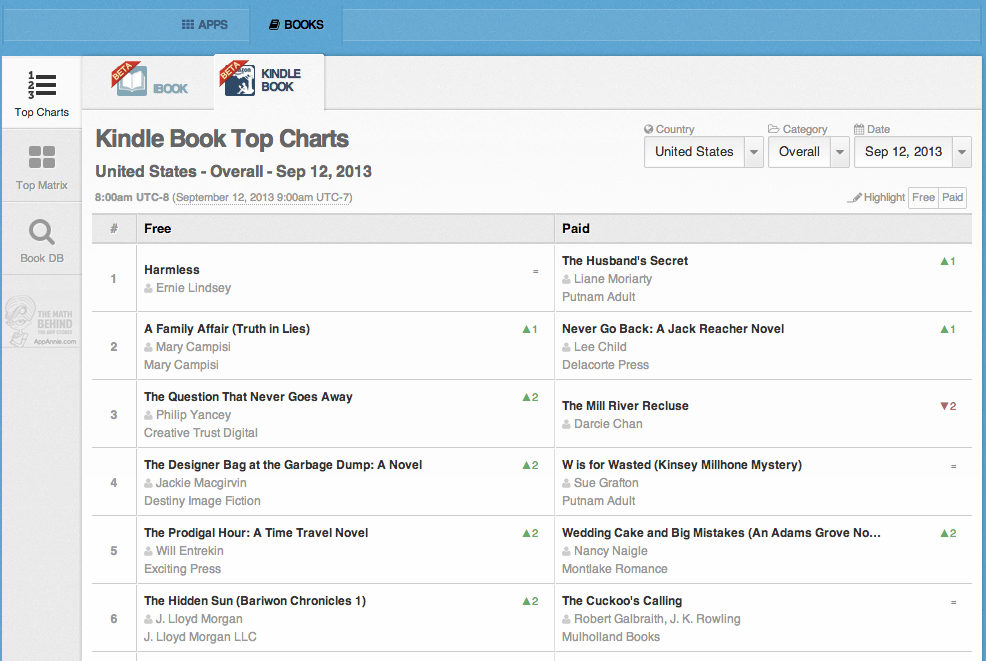 Publishers can track the performance of a single book or author over time, or they can view their titles in aggregate via a dashboard.

Several companies have tried to crack ebooks analytics, with varying degrees of success. Graphicly, which focuses on “visual stories,” offers similar tracking reports, but across more platforms, with Kobo, Nook, and Google Play also in the mix with Amazon and Apple’s sales platforms.

Y Combinator graduate Hiptype attempted to build a company around “Google Analytics for ebooks” but failed when it found that Apple, Amazon, and Barnes & Noble refused to cooperate. Hiptype quietly shut up shop in June, a year after it launched.

App Annie’s ebook analytics are not as ambitious as Hiptype’s attempt, and therefore not particularly detailed. You can get a breakdown of download numbers, revenue, and rank history, as well as an overview of ratings and reviews. But publishers these days will be just as interested in more granular analytics, such as how far people read through particular books, which passages capture the most attention (measured not just by highlights but also time spent on page), and which books are being read through subscription services such as those offered by Oyster and Scribd, or lending programs such as the Kindle Lending Library.

App Annie, then, appears to be using only publicly available download and sales data and wrapping it all up in a pretty package. That’s still useful, and users will no doubt appreciate the simple, unified interface, but it’s far from the holy grail. And of course, with just Amazon and iBooks so far on board, it’s only telling part of the story. App Annie says other ebooks platforms will be integrated soon.

In short, this is not so much a bold new step into ebook analytics as it is a beautiful one. For now, its offering is too broad to be anything more than that.