This is a short service announcement to let the world know that one of the most promising micropublishing tools has officially launched. The low-profile Moscow-based startup Readymag has emerged from a five-month beta period to bring its HTML5 multimedia publishing tools to the masses.

Readymag lets users create and distribute in-browser publications that work across platforms and devices, integrating video, audio, animated backgrounds, and beautiful typography. Because the design functions are all drag-and-drop, you don't have to know a line of code to be able to create your own "Snow Fall."

When I did a survey of the best micropublishing tools available on the Web back in June, Readymag, at that point available only via a closed beta, was one of the leaders, as well as one of the most unknown. The startup, founded by Anton Herasymenko, has raised $150,000 from friends and family and sees itself continuing the work of Linotype machine inventor Ottmar Mergenthaler and movable type inventor Johannes Gutenberg.

As well as coming out to the public, Readymag has also launched a premium subscription offering. For $30 a month (or $24 a month when billed annually), publishers can publish an unlimited number of magazines, get access to special templates, and protect their publications with passwords, which can be helpful for works in progress. Custom domain names will be available as of this winter.

For an example of what a Readymag looks like, check out "Dieter Rams: Ten Principles for Good Design," "New York Photo Guide," and Forage Press's "Pretty In Black & White." 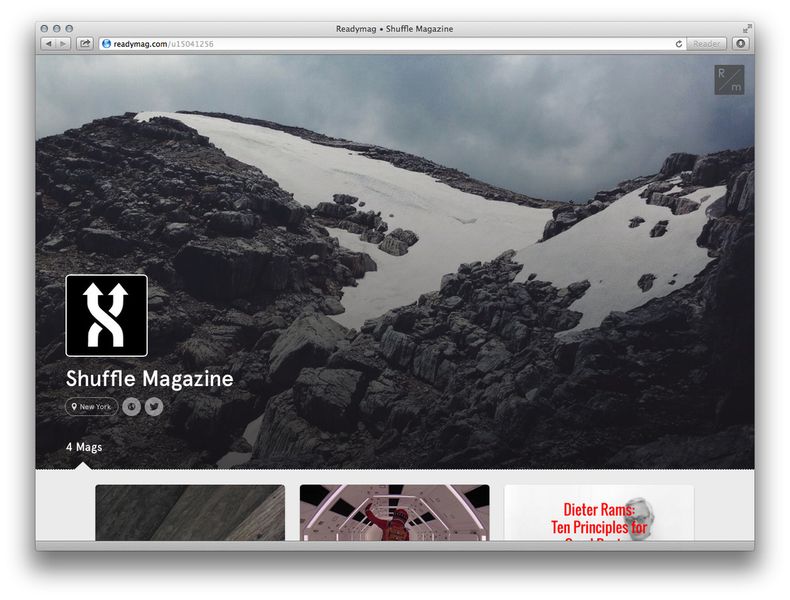 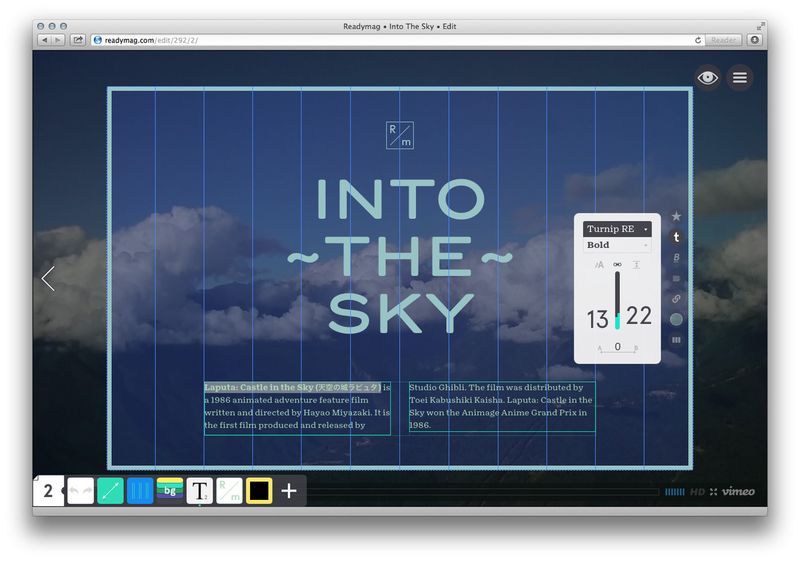