The old Web was built on the assumption that people wanted to quickly and easily find information. Companies fought to build the best search engines, changed their websites to get a better ranking on whichever engine won, and purchased ads just in case their efforts didn't work as well as intended. Finding something on the Internet was like hunting for a suicidal animal praying for its hide to be punctured by as many arrows as possible.

The new Web is being built on the assumption that people want their information to appear without them having to ask. Companies like Google are sifting through the massive amount of data and using everything they've learned to present information in a clear, concise way without requiring users to actively search for anything. The animals have begun to leap directly onto our plates.

Aviate, a homescreen replacement for Android smartphones debuting today as an invite-only beta, is a product of this new thinking. The software changes the basic aspects of Android in an effort to create an intelligent homescreen that uses someone's location, preferences, and downloaded applications to provide easy access to the myriad actions and information their smartphones hold. Put another way: Aviate hopes to become to Android what Google Now is to Google. 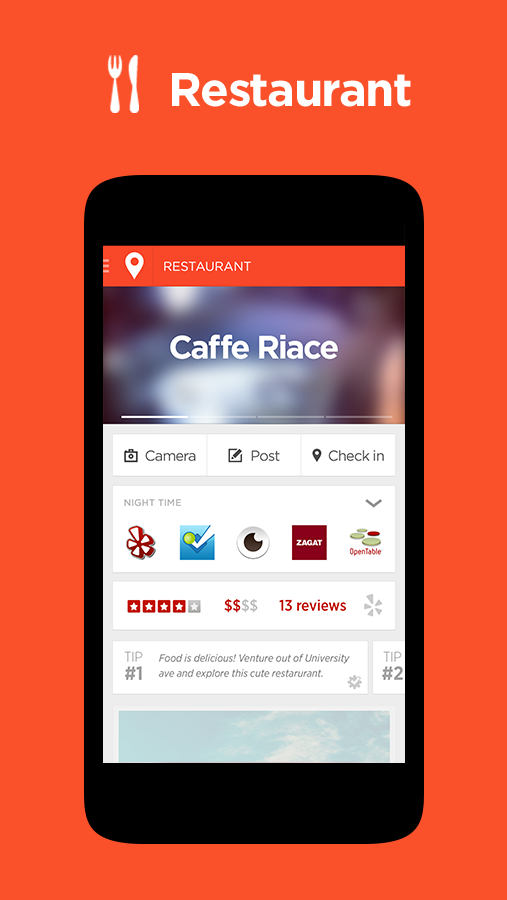 Instead of requiring you to launch Foursquare when you enter a restaurant, for example, Aviate allows you to check-in directly from the homescreen. It provides easy access to navigation apps while you're traveling or set an alarm when you get home. Many of the things you'd normally accomplish with an app are instead done through a constantly-updating section of the homescreen that changes as your surroundings, your activities, and your intentions change.

"Search is evolving. On the Web the keyword ruled the day," says Aviate co-founder Paul Montoy-Wilson. "As we move to phones and think about how search continues to evolve, we have a strong belief that context is going to be the future of search."

That aspect of Aviate is welcome. Less welcome are the changes the software brings to every other aspect of using a smartphone, such as the inability to set a wallpaper, the lack of space for widgets or apps, and a general insistence that Aviate knows better than you do.

People who haven't used a smartphone before might appreciate Aviate's simplicity; those who have will likely be frustrated by their inability to take control of their smartphones. Given that Aviate must be downloaded from the Google Play store and installed over the homescreen that ships with each smartphone -- something that many casual users or newcomers are probably unlikely to do -- this might eventually prove to be Aviate's downfall.

"I think there is a little bit of an interesting conundrum here," says Mark Daiss, another Aviate co-founder. "We did learn through the alpha that there are certain people who would like to have certain customizations and are also wanting to use Aviate."

The problem lies with the balance required between Aviate's audience (tech-obsessed smartphone owners who know about the software in the first place) with Aviate's goal (making smartphones easier for everyone else to use).

The company intends to partner with manufacturers, work with Google in an attempt to be featured on the Google Play store, and reach out to frustrated users to mitigate this problem. Whether or not this will help the company resolve this conflict depends on who the company partners with and how well it convinces people that its better features are worth its frustrations.

The version of the software that I tested -- which differs slightly from the version being released today -- failed to make that argument. Much of this was my fault, as I had previously installed various add-ons (the Nova Launcher homescreen replacement, the Holo Locker lockscreen replacement, and the Nox icon set) and currently live in an area (upstate New York) which doesn't offer very many incentives to wander around, visit new restaurants, or travel during the week.

While this makes me a bad test subject for Aviate's early versions, it also makes me a rare amalgamation of the two types of people Aviate was made for. The technologically-savvy side of me was frustrated by the changes Aviate made to my already-customized homescreen; the rest of me, which is currently living somewhere besides San Francisco or New York City, was just as frustrated by the software's inability to surface useful information. I uninstalled Aviate just a few days after I was invited to try it.

All told, Aviate is an interesting idea that works better in theory than it does in practice. The company is working to improve the software's capabilities, learn from its beta users, and introduce new features that will make it more appealing to either of the markets Aviate is currently striving to serve. Until then it's a neat concept that promises more than it delivers.