Anki Drive: Can a toy car bring robotics out of the research lab and into the living room?

Can the future of robots be found in toys? That's the question Anki is asking with Anki Drive, a robotic racing game it first unveiled during Apple's annual developer conference in June. Robots are already being used to sort boxes, repair solar panels, and detect bombs. Soon they might be used to have a little fun, too.

Anki Drive is simple. The game allows players to control miniature cars with their iPhones, using the device's processor to make thousands of decisions each second as the vehicle races around a track and sabotages its competition with special abilities. It's a digital product as much as it is a physical one -- the game can't even be played until the accompanying app is downloaded from the App Store.

Beneath that simple exterior lies a variety of complex systems that use sophisticated artificial intelligence to make thousands of decisions per second. "Our cars are about three inches long," says Anki co-founder Hanns Tappeiner. "If you would scale them up to real-world size, it would be the same as if the cars were driving on the freeway at 250 miles per hour with concrete walls on each side and a 10-inch gap between the road and the walls."

Designing a technology that allows players to control the experience was even harder than designing the technology that would have allowed the cars to drive on their own, Tappeiner says. Too much control might have made the cars hard to steer -- too little would have made Anki Drive a spectacle instead of a game. Finding the proper mix and combining it with players' ability to change a cars' behavior or special abilities while also allowing Anki Drive to be played with just one person is no small feat.

Something like Anki Drive wouldn't have been possible just a few years ago. People didn't carry powerful computers around in their pockets; the software would have been difficult to create and distribute; and the hardware used to make the cars would have been prohibitively expensive. Anki Drive is very much a product of its time.

"We take a bottoms-up approach to robotics. If you look at a lot of other companies you'll see them spending millions of dollars building a walking robot that's years away from being a viable business or a viable consumer product," says Anki Mark Palatucci, another Anki co-founder. "We really want to flip that around. There is an opportunity to take a lot of those technologies, bring them out of the research lab, and make a big impact on consumer products. We don't have to wait 10 or 15 years." 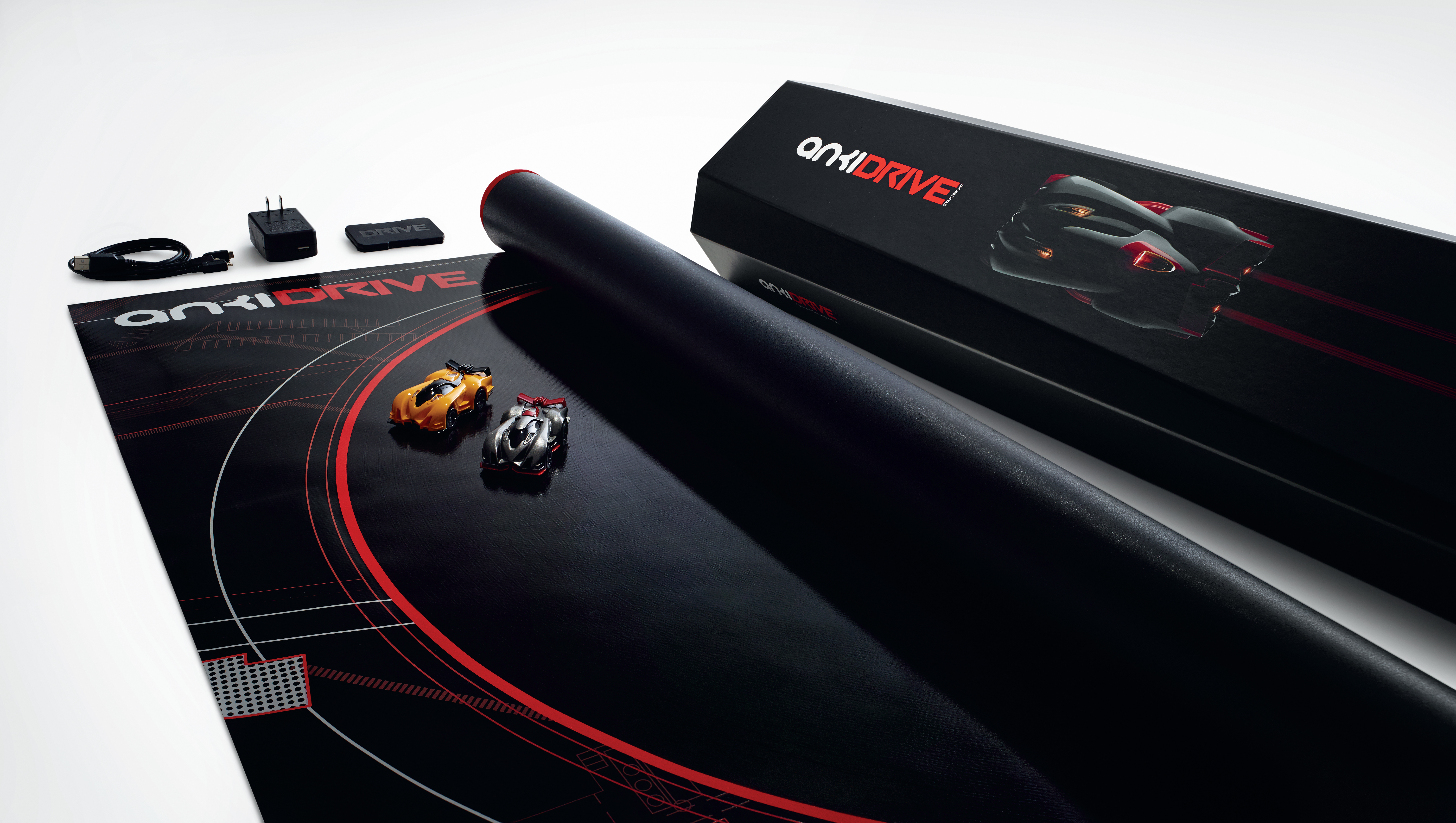 That isn't to say that Anki Drive will be cheap, though. The starter kit, which includes a race track and two cars, will cost $199. Other cars will cost $69 each. (The products will be available through Apple's online and retail stores as well as Anki's website.) That's an awful lot of money to spend on a toy.

But this is just the beginning for Anki. The company is determined to create what Palatucci calls an "entirely new type of entertainment" that combines the digital and physical worlds to showcase the advancements made to robotics, artificial intelligence, and hardware that have been made over the last few years.

"What we've been doing over the last few years is working to take artificial intelligence out of the research lab and into people's everyday lives," Palatucci says. "One of the things [he and his co-founders] realized [in graduate school] is that if you look around at the work going on, a lot of stuff was going into government programs and one-off projects but none of it was made for consumers."

Anki Drive is the company's first attempt to build a consumer robotics product. Announcing the product during Apple's developer conference --one of the industry's most-watched events -- and selling it through the company's incredibly popular stores might not convince consumers that a $199 racing game is worth buying, but it's about as far from the research lab as you can get.

The robots are coming. Most of the time that's a scary concept that threatens our jobs and, thanks to Boston Dynamic's technological hellhound, sanity. Businesses use robots. The military uses robots. Now you might be able to use a robot, too.