Flowchart: Should journalists learn to code?

On Monday, Olga Khazan wrote at the Atlantic that journalism schools shouldn't require reporters to learn to code. She writes, "If you want to be a reporter, learning code will not help. It will only waste time that you should have been using to write freelance articles or do internships -- the real factors that lead to these increasingly scarce positions."

That might be good advice. But it depends on what she means when she says "learning code." Learning code could mean anything from spending a few hours to get familiar with HTML or taking a full course-load of computer science classes at a university. And as Khazan's old professor Robert Hernandez notes in a post at Nieman Lab today, "I do agree that not all journalists need to learn and master coding in JavaScript, Python, or Ruby. But they should know that it is not magic and, to be successful in their modern careers, they need to be able to communicate and work alongside different experts, including programmers." Later, he puts it more bluntly: "It’s 2013 — are you really arguing against learning technology?"

As it turns out, "Should you learn to code?" isn't a binary question. To help clear things up, I made a flowchart: 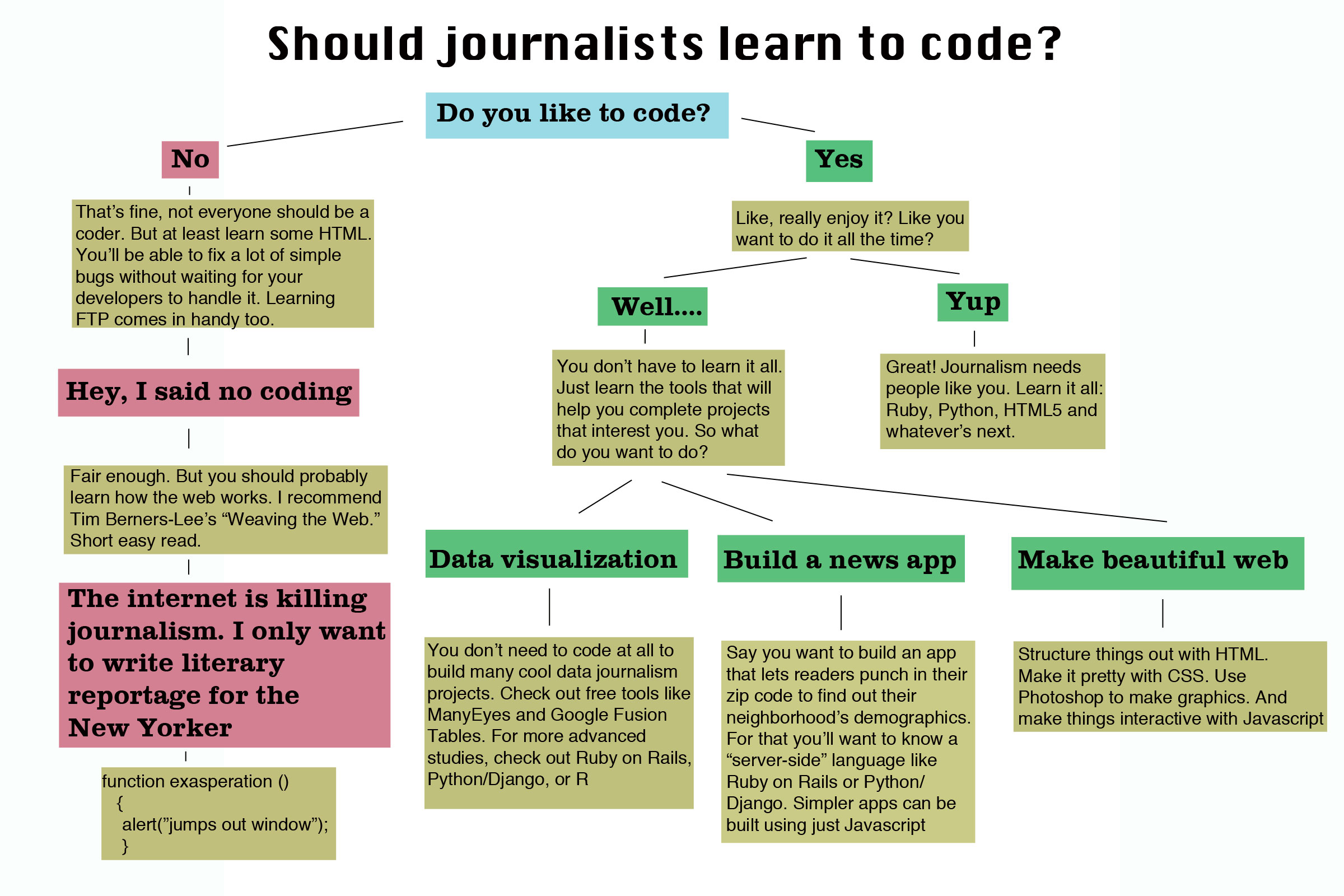