There isn't a good way for teachers to communicate with their young students without coming off as creepy. Seemingly every option, from calling or texting students' cell phones to befriending them on social networks, leaves a teacher little more than a misinterpreted emoticon away from landing a spot on "To Catch a Predator."

Besides irritating teachers who are genuinely invested in their students' education and might wish to communicate with them outside of regular school hours, the taboo surrounding teacher-student communications can also negatively affect the students who require such attention. That's why Brett Kopf and his brother co-founded Remind101, a service meant to help teachers reach students outside the classroom without fear of recrimination.

Kopf was diagnosed with attention deficit disorder and dyslexia while he was still in school. He says that setting up a system through which the school faculty could remind him of an upcoming test or determine how well he was doing with a course played a large part in allowing him to graduate high school. Remind101 is his attempt to create something similar for everyone who needs it.

"Teachers want to be able to communicate with their students via social media. The problem is that there are a lot of liability issues, so a lot of them won't do it," Kopf says. "It kinds puts these teachers in a predicament." 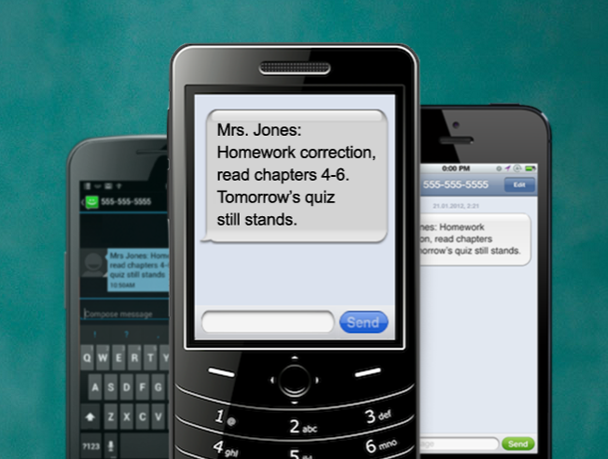 Existing tools are either considered taboo -- in the case of social media sites and private messages -- or are frustrating to use and often avoided. We live during an age when almost everyone carries a computer around in their pocket and communicates via all kinds of services, yet the primary way teachers are able to communicate with students hasn't changed much since the days when people would huddle around campfires and grunt at each other.

Remind101's solution is to create a system that allows teachers to text every student in their class who wishes to receive messages without displaying their phone number or allowing private, one-to-one communication. The assumption is that sending messages to everyone in a class will convince parents and other faculty that nothing untoward is being sent via the service.

Yet, ironically enough, Kopf says that many of the teachers using Remind101 have requested the ability to message a student privately. The company refuses to add the feature -- instead they plan to allow teachers to communicate with specific groups of at least three students. Otherwise the service might quickly become another tool that could help someone with the same issues as Kopf if only it weren't able to be used for other, more nefarious purposes.