Is super-fast search enough to convince you to switch email apps? CloudMagic wants to know

Perhaps surprisingly, given that it is kind of Google’s core competency, search pretty much sucks on Gmail’s mobile apps. I hadn’t really noticed until I tried the new email app being released by CloudMagic today.

In Gmail on the iPhone, for instance, if you search for “PandoDaily,” it takes a split second to think and then delivers a list of four links, which in my case are three email addresses of colleagues and then the highlighted search term itself. Only when I click on “pandodaily” do I get a list of potentially relevant results.

On the other hand, with CloudMagic’s new app I get the search results as I type, with emails containing “PandoDaily” listed below three email addresses of colleagues. It’s faster, and clearly better. It also lets you connect email accounts from Yahoo, Exchange, Outlook, iCloud, and others, so it provides a truly unified inbox. The app is free for anyone who connects three or fewer email accounts to the service, but $50 a year for power users. 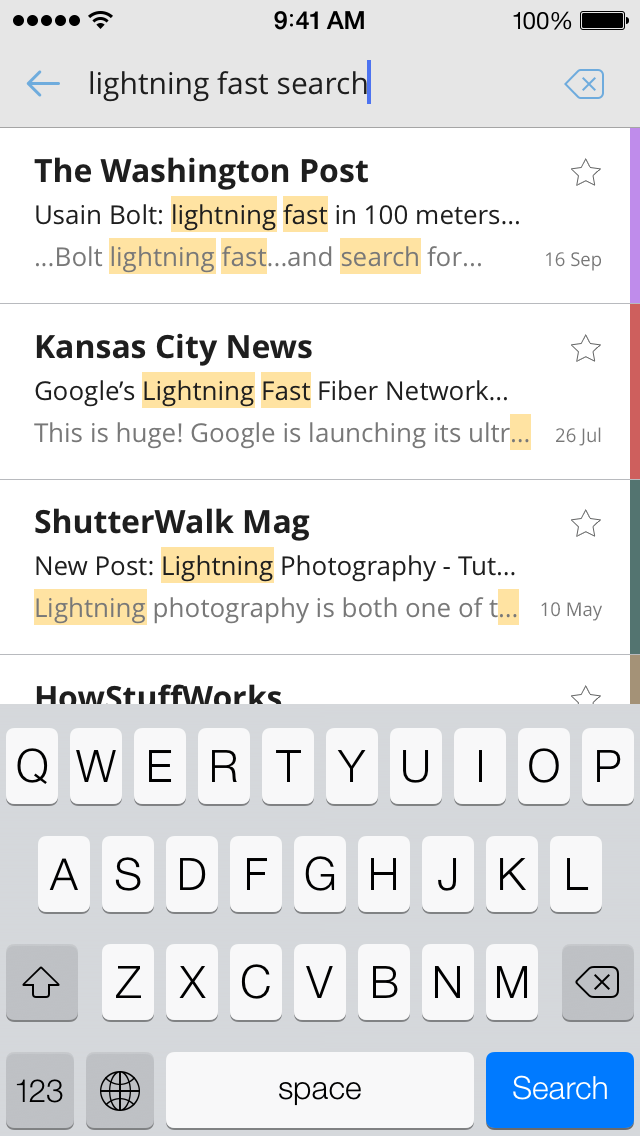 With today’s release, which comes in iPhone and Android flavors, the self-funded CloudMagic is proposing a new thesis for email management – or lack thereof. Essentially, the Bangalore-based startup thinks you shouldn’t waste time with archiving and foldering. It’s better, it argues, to instead just rely on search. Screw Inbox Zero.

Until today, CloudMagic’s main focus was a mobile app and Chrome browser extension that lets you search all your cloud-based documents, including email, Dropbox, Evernote, Office 365, and the likes. CloudMagic co-founder Rishit Jhunjhunwala says the company is moving away from that approach to focus on email, because that’s where so many of our workflows tend to start and end. He also believes that current email apps don’t integrate well with other cloud services, or even things like calendars and CRM systems. Over the coming months, CloudMagic will be integrating such services into its app.

The move to become yet another email app, however, could be a career-ending one for CloudMagic. Its search, as promised, is lightning fast. On desktop as a browser extension, it is very useful, but, because it’s not baked into either the system or the consumer consciousness, I suspect it is seldom used. As Cue, formerly known as Greplin, will tell you, unless you’re Google it’s very hard to convince people to use universal search.  Being an email app, however, could be worse.

Now CloudMagic is pitting itself not only against Gmail and the default iOS apps, but also Mailbox (which was recently acquired by Dropbox), Dispatch, Boxer, and Evomail, just to name a few. Showing people that you have really fast search is one thing, but convincing them to change their default email experience – perhaps the most personal app on a smartphone – means fighting against giants. At that point, the battle becomes not just who has the best search, but also who has the best design, user experience, product integration, and, perhaps most importantly, marketing. CloudMagic doesn’t embarrass itself on any of those fronts, but it doesn’t stand out, either.

CloudMagic can claim an advantage of independence and impartiality, and its competitors should look on at its search prowess with envy. But those features might not be enough.